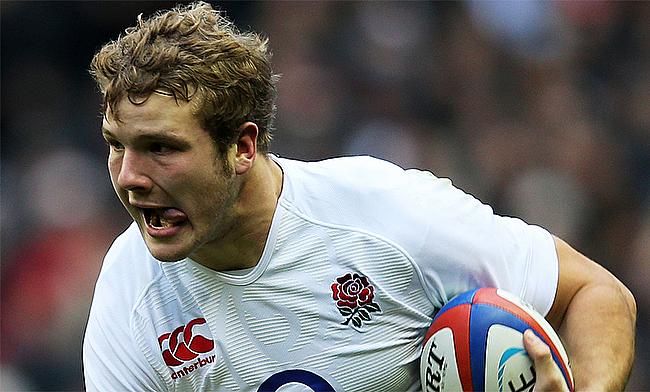 The National League has long been a breeding ground for rugby union talent.

There are plenty of hidden gems lurking in the National Leagues, both in Leagues 1 and 2. You’ll find many rosters featuring teams with players released at an earlier age from English Premiership clubs. Sometimes it can be useful for players to take a step back to take two forward later in their career.

For any National League player looking to better themselves, there are several ‘poster boys’ for graduating up to Premiership and even Six Nations level. Below, we celebrate the rise of five of the best players to fly back up the UK’s rugby pyramid and represent their countries with great distinction.

Scottish centre Chris Harris plied his trade with National League 1 outfit Tynedale for five seasons between 2009 and 2014. Harris, now aged 32, would eventually be snapped up by English Premiership outfit Newcastle Falcons in 2014.

Three years into his Falcons journey, he eventually earned a call-up to the Scottish national team. Harris has made 39 appearances for the Scotland side. He featured in all five games of Scotland’s 2021 Six Nations campaign and was a stalwart in their 2022 campaign too, helping them to a 20-17 victory over England in their final match.

Harris is likely to feature in the upcoming 2023 Six Nations too, although the Scots aren’t expected to trouble the top of the table this year. Gregor Townsend’s troops are priced at +6500 by DraftKings Sportsbook to win the tournament, which makes them sixth favourites. DraftKings is currently the number-one recommended operator at OddsChecker, based on the calibre of its welcome promotion and the competitiveness of its odds, even in obscure betting markets like the Six Nations.

After signing his first professional contract, he would excel with both Kendal and Blaydon, earning his stripes before selection in the Falcons’ roster. After seven years in the Newcastle side, Wilson eventually landed a call-up to England, playing between 2017-2021 before a recurrent knee injury forced his early retirement.

27-year-old Welsh rugby international Josh Adams started his rugby career with Llanelli, which was a big deal for the Swansea-born wing. After 30 appearances, he was enticed to Worcester Warriors in 2015. Aged just 20, Adams was farmed out on loan to nearby National League 1 outfit Cinderford for the 2015/16 season.

In nine appearances, Adams scored 25 points for Cinderford. This form not only put him on Worcester’s radar, but the radar of the Welsh national team too. Adams eventually secured a call-up to the Welsh squad in 2018 and has since featured 40 times.

Flanker Tom Johnson had a solid rise through the National Leagues and into the English Premiership. He started out with Chinnor RFC before joining Reading in the National Division Three South. A successful season with Reading saw him move to Coventry for the 2005/06 and 2006/07 seasons, before catching the eye of Exeter Chiefs in 2007.

Johnson was a stalwart with the Chiefs for the best part of a decade, making 181 appearances. He finally bagged an England call-up in 2011, impressing greatly against the Barbarians. He was then picked for the country’s tour of South Africa in 2012, featuring in all three Test matches.

31-year-old lock Joe Launchbury is another prime example of a National League success story. In fact, Launchbury’s rise to Six Nations notoriety is one of the best stories of the lot. Having been released by Harlequins aged 18, Launchbury signed for National League 2 South club Worthing in 2009/10. He pushed hard to trial with The Wasps and featured in a host of A League fixtures to try and earn a professional contract.

Sure enough, in the summer of 2010 his performances warranted a full-time deal. Launchbury spent the next 12 seasons with Wasps, featuring 155 times for the club, who were relegated from the Premiership due to financial issues. He’s also been a regular in the England side since 2012, with 65 appearances to his name. Launchbury has recently signed for Japan Rugby League One side Toyota Verblitz for the 2022/23 campaign.