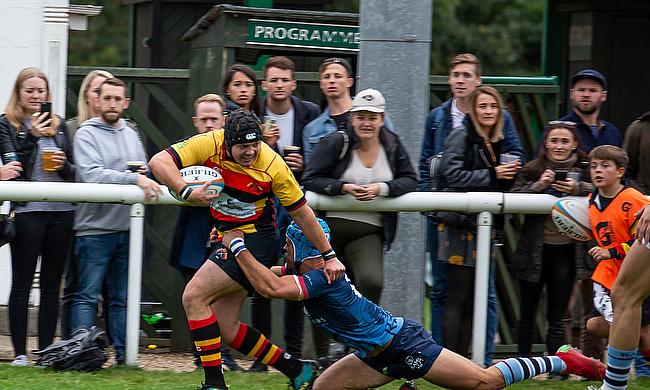 If you are a rugby fan, then the autumn and winter months are something to be looking forward to, whilst the rest of the world rues the fact that summer is over, and spring seems a long way away.

In rugby union, we are in the midst of the autumn internationals. Recently, we’ve seen two old foes fight it out, as England took on Australia at Twickenham. Eddie Jones, the England head coach, will have been very happy with his side’s performance, as the game ended 32-15. Other big games have seen Ireland beat New Zealand, whilst South Africa overcame Scotland.

There have also been a number of huge English domestic games happening. The Gallagher Premiership is 8 games into the 2021/22 season, and the Leicester Tigers, often the bookies and bettors favorites, are sitting on top of the table, having won all of their fixtures so far. If anyone is looking for free sports betting picks for the next lot of games, and aren’t picking the Tigers to beat the Wasps, then they either know something we don’t, or clearly don’t watch much Premiership Rugby. For real sports betting fans we recommend not missing out on the best rugby odds offered by reputable betting sites like Bookmaker Sportsbook.

The action doesn’t stop there, as the 2nd tier in domestic English rugby union, the Greene King Championship, is also off to an absolute flyer. The 11 teams that compete within it have played either 6 or 7 games each, and so far it is the Ealing Trailfinders who find themselves top. They have played 6 fixtures, and won 5 of them. They lost their 2nd fixture of the season, away at the Cornish Pirates, 15-12. However, since then they have been in great form, racking up huge scorelines.

The game following their defeat to the Pirates, they took Nottingham apart, with the final score ending up 78-19. They then had another huge victory in their next fixture, smashing Coventry 73-24. The most spectacular of the lot came against the London Scottish, who were destroyed 101-7. Yes the London Scottish have lost all of their 7 fixtures so far, but it doesn’t take away from what an impressive scoreline this was. The Trailfinders are certainly a favourite with people who bet on the Greene King Championship, and will likely be the odds on favourites in their upcoming fixtures against Doncaster and Ampthill.

Another side who have begun the season in good fashion are the Jersey Reds. They have won 4 of their 6 matches, with a draw and a loss as well, which puts them in 3rd place overall. Their last 2 fixtures saw them take on Hartpury RFC and Richmond. Against Richmond, it was a very even contest, with Jersey eventually winning the game 26-20. Then their most recent game against Hartpury was a bit more one-sided, as the Reds looked much stronger in their 32-17 victory.

Interestingly, the next fixture for Jersey is up against the top of the table Trailfinders, in what is an epic 1st vs 3rd clash. For those fans who are lucky enough to have tickets, they will surely be the envy of fans up and down the country, as it should be an absolutely epic game. However, if you weren’t so fortunate as to pick up tickets, what other options are there? Let’s look at some of the ways to watch the Championship live, from the comfort of your own home.

Stream via the TicketCo app

One of the best ways to watch the Green King RFU Championship at home is to stream the games via the internet, using the TicketCo app. It will involve having access to a PC, Google Chromecast or Apple TV, and you will have to purchase a ticket for each game individually, and will need to provide your ticket ID to gain access to the site.

Last season, during the COVID-19 pandemic, this option became incredibly popular with rugby fans, as it meant they wouldn’t be missing out on the action. Of course, the games didn’t feel quite the same as the stadiums were empty, which certainly affected the players’ performances. However, using the TicketCo app was the best available option, and remains the best place to stream live Championship games into your home.

Using the TicketCo app, which can be found via www.championshiprugby.co.uk/live-streams, means that fans can not only watch the games in comfort, but bet along with the action, keeping up to date with the ever-changing live odds.

You’d have thought that 2 of the biggest sports broadcasters in the UK would be showing some of the Greene King Championship action on their channels, but both Sky and BT don’t seem to have the broadcasting rights currently.

Hopefully as the season hots up, and we get down to the final stages, this might change. It would always be welcome to have more options to watch the Championship live at home, so fingers crossed one of these two networks has a change of heart in the coming weeks and months,