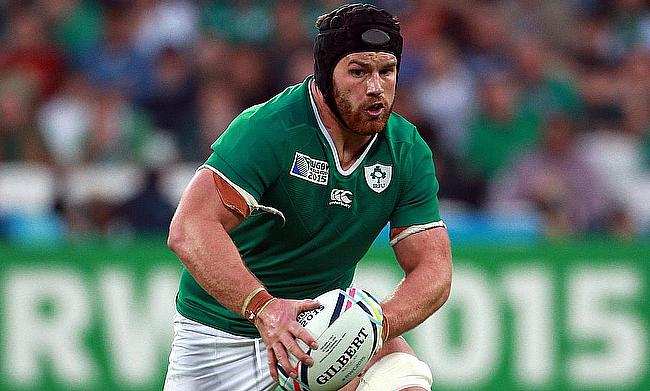 Rugby and American Football are two distinct sports that have some similarities. Discover why it is easy to mistake one for the other.

Similarities Between Rugby and American Football

Rugby and American football have been deep-rooted in the sporting calendars for up to a century. While these sports have several differences today, their existence is based on some common grounds.

If you’re not familiar with either sport, it’s very likely you mistake one for the other. They do however vary. You can check out some differences between Rugby Union and American Football. In this text, we’ll look at the history of both sports and what they have in common.

The first Rugby Union game is assumed to have taken place in the 19th century. History records that William Webb Ellis had hand-picked a ball, running with it, instead of giving the regular kick. While there’s no actual evidence regarding this, this has become folklore in the game as the Rugby World Cup is named after Webb Ellis.

Rugby is in the form of two codes – the league and the Union. Both have different formats and rules. In 1895, northern clubs left the Rugby Union, forming their own league. While the union made use of 13 players, the Rugby League allowed for up to 15 players. Other alterations included how goals are scored, as well as set-pieces in the game. The league had less stringent technicalities of rules than the union.

American Football also developed out of the rugby union. It was supposedly played first at Princeton University between Rutgers and Princeton in 1869, but with different rules from what we have today.

On its introduction, it had a resemblance of rugby union and also featured a scrum. With time, changes were brought into the game, some including field players being reduced to 11 and the inclusion of more positions like a quarterback. Now to the similarities between rugby and American football:

Both sports make use of a very similar ball which is prolate spheroid shaped. The one used in American football has a length of 28cm, a circumference of 56cm, and weighs about 0.875lbs. In rugby, the typical size is 27cm long, 60 cm wide, and has a 1lb weight.

The territory on the Field is Important in Both Sports

The most apparent resemblance between American football and rugby is that both have significant field positions. While the aim in rugby league is to cross the in-goal area, the end zone in American Football should be entered.

The flow of both sports is similar. Main strategies involve drawing out the defensive players into isolation and getting the ball advanced near the bar or goal nets.

Both sports are surging in popularity in the most unlikely of places like in the Middle East. If you are familiar with the best betting sites that offer both games, you will come across similar betting markets and odds due to the styles of play in both. On registering on any of the recommended websites, you enjoy welcome bonuses, betting guides, and reviews on top sportsbooks.

Knock-Ons and Fumbles Could Be Costly

Fumbles and knock-ons are also another huge resemblances in both sports. Committing them could be costly as a turnover is done. A turn-over implies that the attacking team transfers the ball to the defending team. Such could allow the opposition to pick advantageous positions on the field, especially when near the end zone/in-goal.

In both sports, being able to protect the ball properly while running is essential. In the National Football League (NFL), it’s a common occurrence to see wide receivers and running backs shield the ball by all accepted means. The same goes in the rugby league, where teams require a good pair of hands in catching balls.

On the other hand, losing balls is not costly in both categories. Being a physical sport, possession changes hands regularly. Some teams are therefore satisfied when opponents hold onto the ball, so far, they’re not within their own half.

Fans of these games always get value for money as there is hardly a shortage of goals and points. It is common for both teams in rugby league to score over 40 points. The same goes for the NFL, just as we witnessed in the 2022 Super Bowl final where the Rams beat the Bengals to win Super Bowl LVI by 23-20.