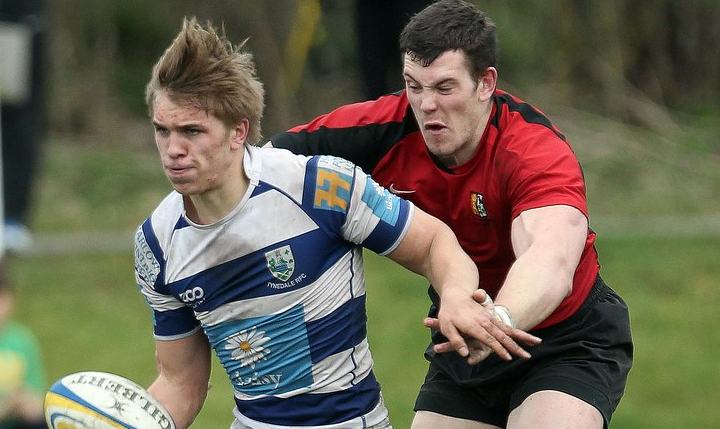 The pinnacle of any British Isles based rugby union player’s career is going on tour with the British and Irish Lions to the Southern Hemisphere. These trips only happen once every four years, and competition for places is even fiercer than at international level.

Lions head coach Warren Gatland has named seven players with past links to National League clubs in his 37-man squad heading out to South Africa this summer. Five of those play their regular international rugby for England. There is also Scottish and Welsh representation among the alumni.

Five of the seven chosen to tour the Rainbow Nation from 3 July to 7 August, including a three-Test series against Rugby World Cup holders the Springboks, are forwards. That is a huge vote of confidence that the National League is a place where those in the pack can develop their game.

England hooker Luke Cowan-Dickie played as an amateur at Plymouth Albion before breaking through as a regular at Exeter Chiefs. Club teammate and number eight Sam Simmonds, who has been left out of the national set-up by Eddie Jones, also gets the call from the Lions. He, too, played for Plymouth with a loan spell in the season when they endured relegation to the National League.

Simmonds is preferred by Gatland to Billy Vunipola, who is ahead of him for England in the back row. The latter’s brother, Mako Vunipola, makes the squad, however, and he began his career as an amateur at loosehead prop with Gloucestershire side Clifton in the suburbs of Bristol before later becoming a Red Rose regular under Jones.

Joining Cowan-Dickie and Simmonds in the Lions’ touring party is another Chiefs player with National League links in lock Jonny Hill. He was headhunted from the youth set-up at Luctonians by Gloucester before moving to Exeter, and has since established himself with England in recent times.

Flanker Tom Curry spent time on loan with Sale FC in the National League during 2016 to aid his development, and then returned to Shale Sharks. The fact that five England internationals selected for touring duty with the Lions all had experience of amateur rugby only emphasises the value of playing grassroots sport.

Alongside this upcoming experience, both Curry and Vunipola started the 2019 Rugby World Cup final against New Zealand, while Cowan-Dickie was among the replacements. That also demonstrates the sort of success that can evolve from humble beginnings in the National League.

Scotland centre Chris Harris, meanwhile, grew up in Cumbria and played for Tynedale for five years before turning pro and joining Newcastle Falcons in 2014. The only other Lions back selected with a history of playing in the National League is Wales wing Josh Adams.

He spent time on loan at Cinderford during the 2015-16 season. From there, Adams made a rapid rise with Worcester Warriors and helped Wales clinch the Grand Slam in the Six Nations Championship just three years later, also signing for Cardiff Blues in the spring of 2019.

A Lions tour is important to other industries besides just rugby. Fans often travel long distances to watch their Test matches and warm-up games in the Southern Hemisphere. There is also a huge global audience watching on TV and via internet streaming services. Alongside the Rugby World Cup and the Six Nations, the British and Irish Lions tour is one of the main events that people around the world place bets on in this sport. All of the top rugby union betting sites should offer you markets on the main Test series between them and the Springboks. You can also wager on individual match results, handicap betting and tryscorer markets once the starting XVs and teams are known.

Despite South Africa being world champions after defeating England in the Far East, the Lions are favourites for victory in the series that begins on 24 July. The early weeks of the tour see the visitors scheduled to play Super Rugby franchises Stormers, Sharks and Bulls in Cape Town, Durban and Pretoria respectively, plus a couple of unofficial internationals against a Springboks invitational side and their “A” team. That is subject to change.

The British and Irish Lions have their South Africa send-off with a special home Test against Japan at Murrayfield, the home of Scottish rugby union, on 26 June. Their handful of past amateurs and loan players with clubs in the National League may reflect on how far they have come as individual sportsmen to reach recognition and selection for Lions duty.