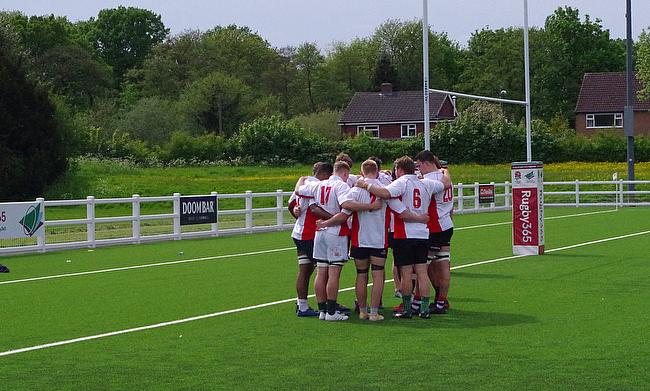 Joe Harvey went along to Derby Rugby Club as the England Counties U20 squad was selected for their upcoming tour.

Here is what he witnessed…

Over 3,000 players in the U20s category applied to be part of the England Counties U20 tour to Georgia now only 26 remain.

Over the weekend, 92 rugby players from all corners of England travelled to Derby to win their place on the plane to Tbilisi. Coming from an array of clubs, the players made Derby Rugby Club their home in the hope of becoming an England Counties player.

The players were split into four divisions depending on which county they have represented; the North, the Midlands, Southwest and London & Southeast. 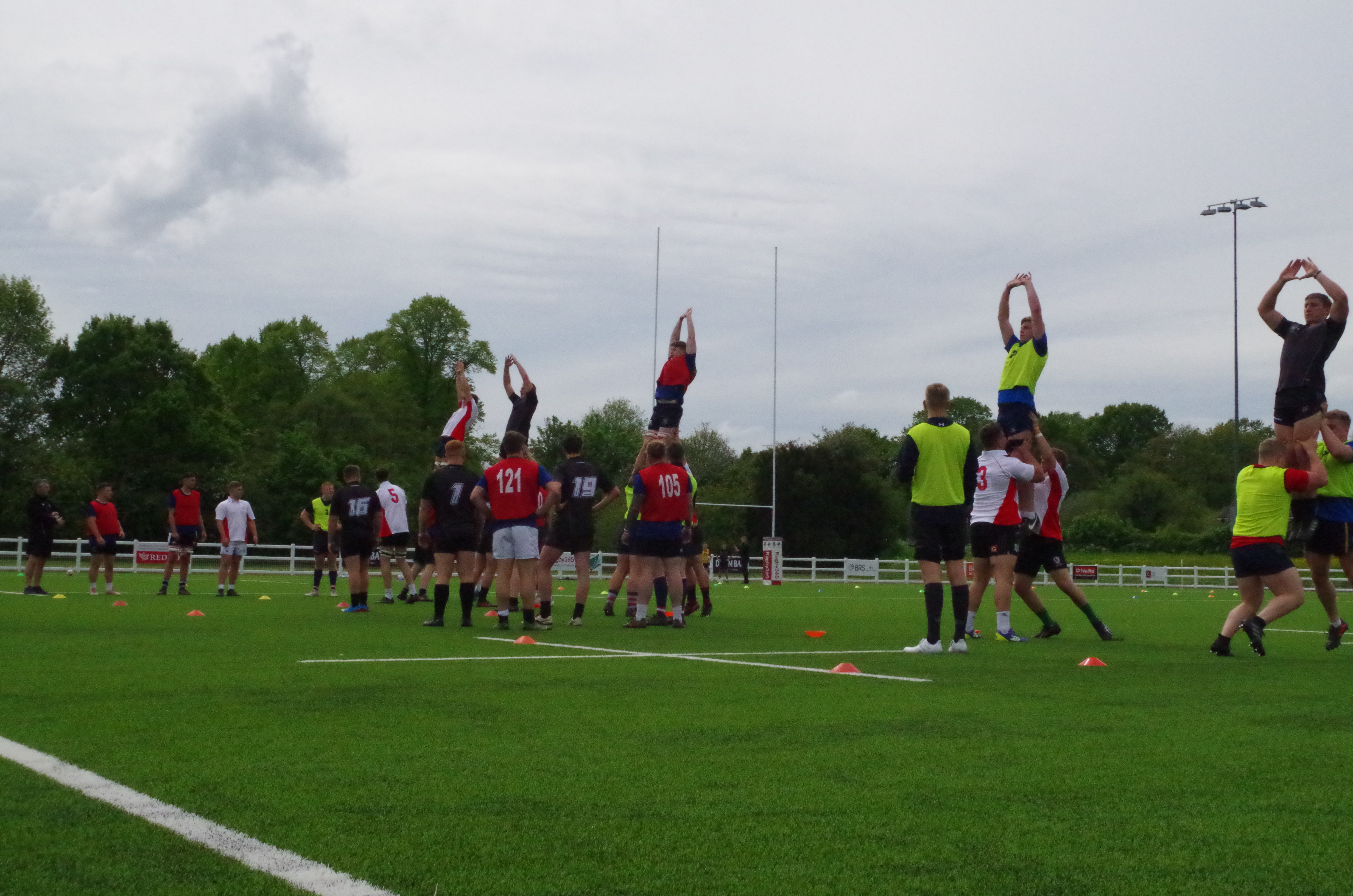 On the third day of the trials, the players went up against one another in what was their final test before finding out if they’d won a place on tour.

Fourteen selectors were also in attendance as the coaching staff had to cut 26 players before heading to Tbilisi on Tuesday.

“Georgia are using this as preparation before the Under 20’s World Cup in June” stated Head Coach Richie Williams. This will be the highest level of competition that we’ve ever had.”

Counties U20s have played Georgia three times before, winning two and losing once. The tour has a very good pedigree, having beaten the Russian U20s in 2016 and beating Holland’s A side, resoundingly twice last year.

A brutal weekend choosing a squad of 26 from 92 players this weekend but really happy with the @EngCounties20s squad & looking forward to getting out to Georgia on Tuesday for what will be our toughest challenge yet ??? #EXCITING a massive thank you to everyone who helped out!

“For me, I just think it’s a great programme, especially for these young lads. It’s very much the aspirational pathway to hopefully getting them to play in the national leagues and pushing on,” said forwards coach Paul Arnold.

The squad arrived on Friday afternoon at Derby Rugby Club so that they could meet their opposition as well as the coaching staff.

Early the next morning the players made their way back to the rugby club for presentations.

“It’s a fun-packed weekend, but with a lot of learning for them so that they take something away from it. They’ve had live social media training and RFU staff talking about getting into refereeing, so they’ll take a lot in,” Arnold explained.

Andy Kyriacou, the former Sale Sharks and Saracens hooker, came down to give the front-row scrum training, showing how serious this process is.

Saturday’s afternoon session was something to behold. All 92 players descended onto the pitch to take part in what was a full-blooded affair. Well drilled and well organised, the players split off into groups to practice position related skills. 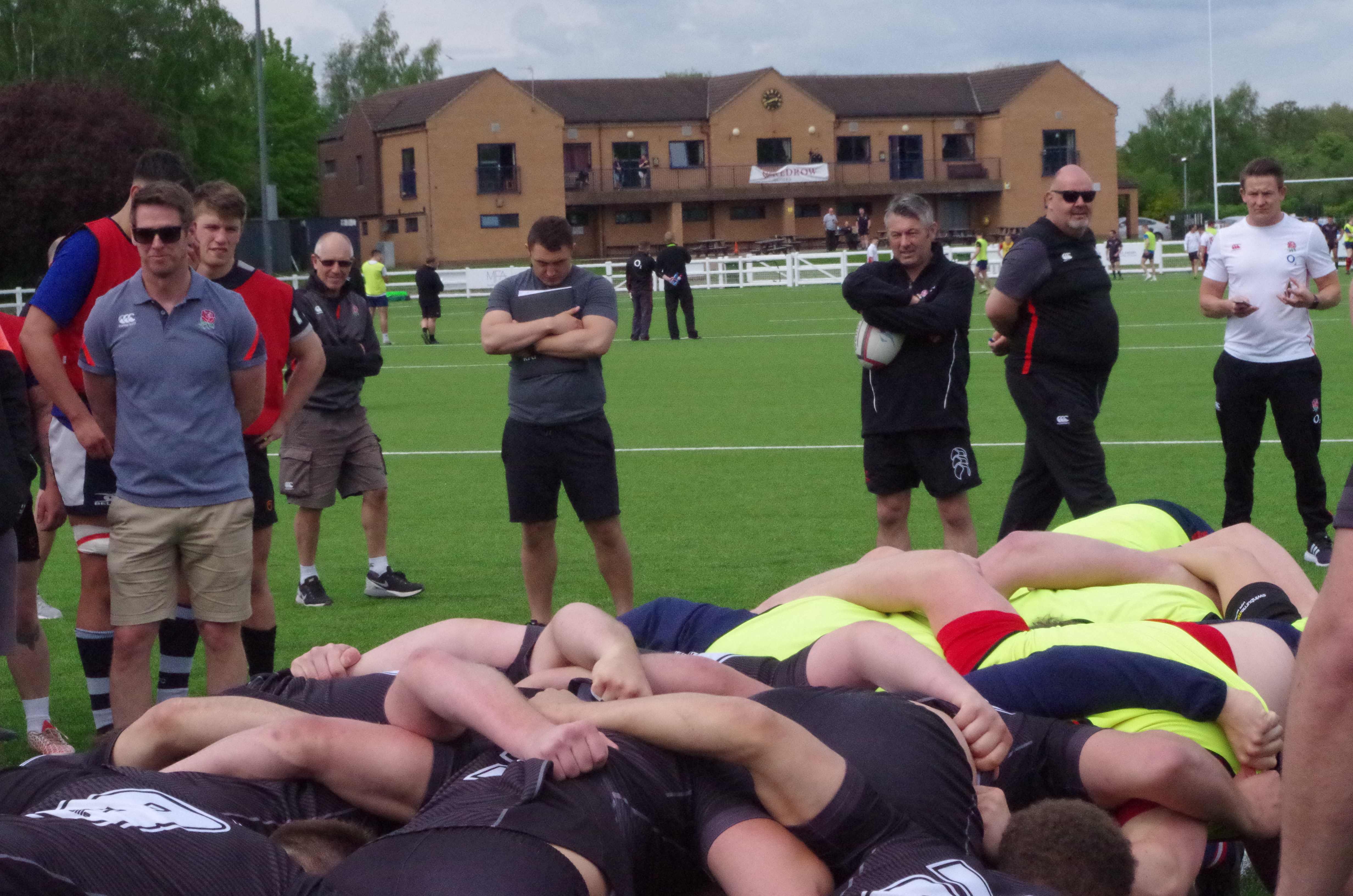 As you walked around the pitch you could see the 14 selectors watching the players closely, making notes as they went and whispering to each other about the players that they thought would go on tour.

The highlight on Saturday afternoon was definitely the scrummaging session, where even Williams was beckoned over to watch as the forwards gave each other a hard time.

It all led nicely into Sunday where there would be two games taking place to see the players in match situations.

The first game on Sunday was between the Midlands and Southwest. On what was a hot day, there wasn’t a lot of wing-play in this game. However, it did provide excitement among the forwards. Southwest seemed lethargic and maybe too sure of themselves, not keeping the ball for long enough and when they had it they gave it away too easily. Midlands eventually ran-out 22-11 winners.

The second game was much better. North took on London & Southeast in what was a hotly contested match. The north took the game by the scruff of the neck.

Despite having a smaller pack, the North weren’t bullied by London & Southeasts’ superior size. There were intercept tries, big collisions and even a flanker forced to play on the wing. It was just a brilliant spectacle for anyone that came down to Derby Rugby Club, with the North winning 22-21 as London & Southeast missed a last-minute penalty.

Congratulations to the 26 players who have made it on the plane on Tuesday ? commiserations to the rest of the divisional players who missed out you should be proud of what you have achieved …. Good Luck to the players & coaches @RichieWills10 & @arnie_4 #EC20s2018 pic.twitter.com/u5JrgbIVR2

Following the conclusion of the second game, all the coaches and selectors went into the clubhouse where they drew up their final squad. This process took them nearly two hours, before finally announcing their selection.

North’s spirited performance was rewarded with 11 seats on the plane to Georgia. Lock Nick Ashcroft will be going on his second tour following his breakthrough season at Fylde. Ashcroft will be joined by Fylde team-mate and former “In Focus” star Tom Carleton after a brilliant season in Lancashire.

Another noteworthy name on the plane is Rosslyn Park’s back-row Nathan Thomas. He captained London & Southeast in their game against North, but was subbed early, possibly having already done enough to get on the plane.

“It was very brutal what we’ve just done, I feel for a lot of the boys,” said Arnold.

“There was a lot of really tough decisions. There were a lot of very good players in the end. Myself as the forwards coach, I’m really happy that we’ve got a good-sized pack, but who also can play very skilfully so a very good mix.

“Obviously, we understand that it’s going to be a challenge. It’s something that we’ll be relishing and we are looking to go to Georgia and take the game to them.”

England Counties U20s will play Georgia U20s in their first game on the 19th of May.