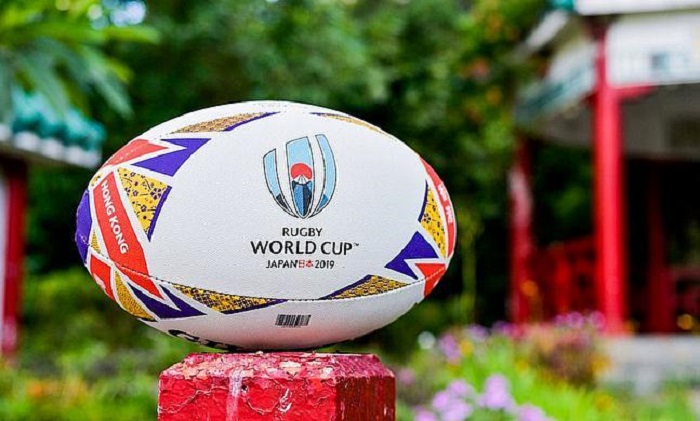 The Webb Ellis Cup is one of the most coveted cups in the history of Rugby.

It is awarded to the Rugby World Cup winner and is something every player wants to take home. Named after William Webb Ellis, founder and inventor of the game, these are the players we think may stand the chance of taking the cup home.

In the upcoming events leading to the Ellis Cup we expect to see many wagers on who will take home the prized trophy here.Lets take a look at which players money will be riding on.

Tokyo will be welcoming the South African superstar on the field. De Klerk rules the roost as scrum-half and will be playing for the Springboks at the Olympics next year. We think the player has spirit and talent, a lethal combination and necessary to win the cup.

The player is proficient in his timing and gameplay. He was awarded the 2018 title ‘Player of the Year’ and remains at the top of his game. We are bound to see some great plays from the athlete in Japan this year.

Jones is a leader for Wales and after becoming their most capped player in their victory over Australia, we think he deserves the Cup.

Farrell has been solid at the Rugby World Cup. The English captain moves easily in both defence and attack.

Another South African to be rooting for is Handre Pollard.

The Aussies know how to play rugby and Kerevi is one of the best. The Wallabies player plays at centre and is expected to show his talents in Japan.

The young athlete has been playing rugby since he was in the womb and now at 27 years of age, he is at another World Cup. He has scored almost 70 caps and possesses a strong defence.

The New Zealander moved to Japan when he was a child and ironically became one of the best rugby players on Japan’s rugby team.

Although highly doubtful the US will take the cup, despite having impressive players, there is still the possibility they will and if they do, AJ may be the one to take the Ellis Cup as he has helped his team improve and can read the gameplay like no other.

With the Olympics lurking around the corner, we are going to be enjoying all the best players talents on the field any day now. Now it’s only a matter of seeing who takes the Rugby World Cup and who is lucky enough to take the Ellis Cup home.