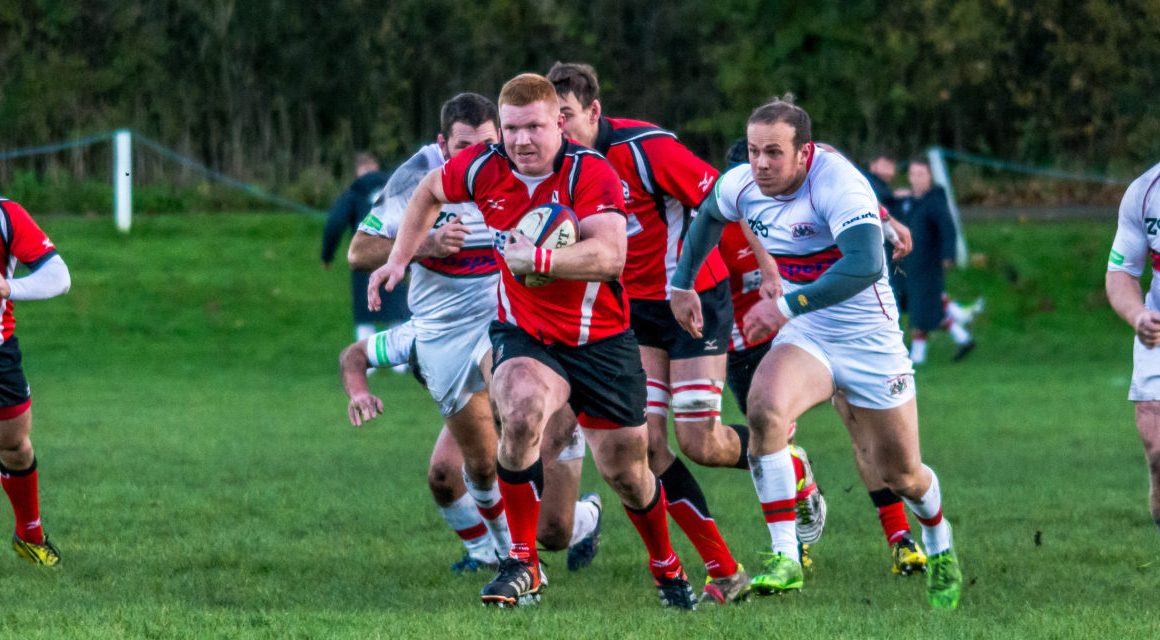 Trevor Davison has saluted the impact National League rugby has had on his career as he looks forward to the future with Newcastle Falcons.

The prop burst on to the Premiership scene last year and overall, he made 23 first team appearances for the Falcons after signing from Blaydon in 2017 through the help of forwards coach Micky Ward.

After a remarkable debut season at Kingston Park, Davison believes his time playing for his local side Blaydon, is the sole reason why he is now at Newcastle.

“I only expected to be involved in a couple of European games when I first signed,” Davison told ncarugby.com

“But a couple of injuries plus me playing well got me in the first team. I was delighted to get over 20 games for the club.

“My time with Blaydon was massive. I played for England Counties and I think that’s why I got spotted but that all came from playing in the National Leagues.”

Davison also spoke about the ‘worry’ he had regarding playing time when he first moved to Newcastle.

The 25-year-old made over 100 appearances for Blaydon and the former beer delivery man also admitted he never thought about pursuing a career in the sport.

“I was a bit worried at the time I joined because it was my first experience of full-time rugby and with me training all the time, I didn’t know if I’d enjoy it as much,” he added.

“But, it was a bonus to play so much rugby and I settled in really well.

“I never really expected to play professional rugby, but I ticked away and enjoyed playing on a Saturday. I worked six days a week and played on the weekend. I just kept going to the gym and working hard in my spare time. I was planning on moving away to Australia but I got offered a contract here so I decided to stay. I am really enjoying it!”

Davison has missed out on squad selection for the Falcons so far this term – with his last game coming against Doncaster Knights in pre-season – but the forward continues to target more first time action as Newcastle look to bounce back from consecutive defeats.

He added: “I just look to improve in training every day and continue to learn. Last year was great and now it is about building on that.”

Dean Richards’ side have lost both of their opening matches to Saracens and Leicester Tigers with their next fixture coming against Worcester Warriors this Saturday.