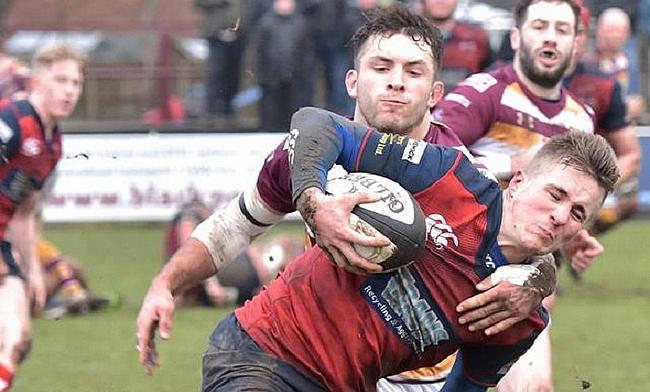 Loughborough Students, Rosslyn Park and Hull Ionians will all be targeting crucial victories as the race to avoid the drop reaches its conclusion.

As things stand, Loughborough and Park are two points clear of the trapdoor while Hull Ionians slipped into the relegation zone following a defeat to Ampthill and District last week.

Both Loughborough and Rosslyn Park must match or better Hull’s result to stay in the division, but if they fail to do so, it gives Hull a chance of survival.

The odds do seem to be stacked against the I’s as they travel to newly crowned champions Coventry in Round 30 while the Students visit second placed Darlington Mowden Park and Rosslyn Park host already relegated Old Albanian.

For the majority of this season, the attention has quite rightly been on champions Coventry, but on the final scheduled weekend in National One, the spotlight will be on their visitors Hull Ionians. Cov welcome the I’s to Butts Park Arena looking to end their marvellous term on a high and Director of Rugby Rowland Winter will no doubt be demanding a performance from his side after back to back defeats against Ampthill and District and Darlington Mowden Park.

Coventry may have won 26 of their 29 games this season, but their recent defeats may give Hull Ionians a boost heading to the Midlands. The newly crowned champions have let their standards slip in recent weeks so this could be the perfect time for Hull Ionians to upset the odds. The Yorkshire outfit head into Round 30 two points adrift of safety so they must avoid a defeat at the home of Coventry to stand any chance of staying in this division. Their loss to Ampthill last week means Hull’s fate is out of their hands and they will need to put in a clean-cut performance against Coventry and hope other results also go their way.

While Hull Ionians have to focus on themselves at Coventry, they will certainly have an eye on proceedings just over 40 miles away as relegation rivals Loughborough Students host second placed Darlington Mowden Park. The visitors to the Midlands are ending the season in fine form and halting Coventry’s 25-match unbeaten streak at Butts Park Arena emphasises the strong finish they are having. Danny Brown’s side have won their last six games to clinch the silver medal spot in the division and they will be in the mood to complete a very impressive campaign with another victory on Saturday.

Loughborough, meanwhile, will be hoping Darlington’s focus will be on the summer break rather than their final game of the term. The Students lifted themselves out of the relegation places in Round 29 as a resounding win over Fylde means Alan Buzza’s men are two points clear of the drop, with a game in hand to come against Plymouth Albion. Loughborough know if they match or better the result of Hull Ionians they will be safe from relegation and after a run of three straight wins, the Students may be feeling confident of passing their final test.

Ampthill and District are closing in on third place finish in National One. A wonderful second half display against Hull Ionians last week backed up an excellent win over Coventry in Round 28 to leave the A’s needing just three points from their final fixture in the season to secure the bronze medal spot for a second successive year.

The Bedfordshire outfit have lost just one of their last seven matches and they welcome a Birmingham Moseley side to Dillingham Park which is “looking forward to the break.” Those were the words of Director of Rugby Richard Protherough who told Birmingham Live this week that the club’s thoughts have been on next season for some time. Moseley have stabilised themselves this season and after a victory over Rosslyn Park last Saturday, they can still finish in the top six –providing Old Elthamians slip up at home to Esher and the Midlands club gain a positive result against Ampthill.

There is still a chance Plymouth Albion can leapfrog Ampthill and District and finish in third spot. Back to back wins against Birmingham Moseley and Old Albanian has left Kieran Hallet’s side eight points off Ampthill, but Plymouth have three games left in their season. After their Round 30 fixture at home to Blackheath this weekend, Albion face both Rosslyn Park and Loughborough Students at Brickfields so a top three finish is still in their own hands.

Plymouth have also lost just once on their own turf all season so they will be expecting three victories, but Blackheath will have other ideas. Whilst Plymouth may have eyes on third, Blackheath can sneak into fourth place this Saturday, but only if their pick up a bonus-point victory and Albion fail to secure a point. For ‘Club’, they can’t finish any lower than fifth place which represents a solid first season in charge for James Shanahan and after an excellent victory over Old Elthamians last weekend, they will be aiming to sign off from this season with another triumph.

Old Elthamians have had an outstanding season in National One. It is just under a year since Gavin Lach and his side travelled to Sale FC’s Heywood Road to compete in the National Two play-off and since their victory in the north-west, the OEs’ adventure has continued. 15 victories – nine of them at home – has seen the men from College Meadow stay well clear of the bottom half for the majority of the season and another win on Saturday would see them finish in sixth place which would be a brilliant achievement for the Mottingham club.

Defeat to near neighbours Blackheath in Round 29 would have been annoying for OEs, but they have the chance to bounce back in front of their own supporters when they host Esher this weekend. Consecutive victories over Cambridge and Caldy has confirmed Esher’s place in National One for another season and the Surrey-based side will be aiming for a third away win of the campaign as they look to cement ninth place in the league standings.

Caldy and Bishop’s Stortford meet at Paton Fields this weekend and both can be very happy with their maiden campaigns in National One. For Bishop’s Stortford, a strong first half of the season has been key for them following promotion from National Two South and it has helped them stay clear of the bottom half of the table for most of the term. However, the men from Silver Leys may be slightly disappointed with their form since the start of 2018 because they have picked up just four wins in four months so they will be keen to end an excellent campaign on a positive note.

While Stortford have nailed down a top half finish, Caldy may have their sights set on finishing one place below them in ninth and at home is where the majority of their success as come this season. During their National Two North title winning campaign last year, Caldy were pretty much faultless at own their own turf and nine wins from 15 matches on the Wirral this term has helped Simon Verbickas’ side secure a place in National One for next season. Caldy have won their last two home matches and a hat-trick of wins would be a great way to wrap up an historic campaign.

If there were any worries whatsoever about being dragged back into a relegation fight, Cambridge dispelled them in Round 29. A battling victory away at Bishop’s Stortford means the Blood and Sand will be competing at this level for a third season on the spin and they will be under new stewardship once again. South Leicester’s Richie Williams will be replacing Ross Stewart so Cambridge will be keen to put in one last performance for their outgoing coach at Volac Park.

They host Fylde this weekend who have had a tough season and their last three results have highlighted this. Warren Spragg’s men were relegated to National Two North at the start of March and this young squad have already been planning for next season, but in their last three matches, they have shipped a total of 192 points. The Lancashire outfit will not want to be on the wrong end of a heavy scoreline in their final outing of the season as they look to end a difficult 12 months on a high.

Rosslyn Park head into Round 30 with their place in National One for next season still in the balance. Kieran Powers’ side sit two points clear of the drop zone with two games left to play in their season, but they know if they can match or better Hull Ionians’ result this weekend, they will be safe. Park come into this fixture with Old Albanian having lost their last four games and a first win since March 10th would be the ideal way to end their campaign at the Rock.

There’s a new #Parknews on the @rosslynpark website at https://t.co/4AxekwxI0k @TheSlingbacks @rosslynpk_minis Vital match home to @Old_AlbanianRFC on Saturday at 3:00 + Former Players’ lunch. Slingbacks v Harlequins at 10:30 on Sunday pic.twitter.com/hYdnOQst4b

Old Albanian may well have been battling for safety alongside Rosslyn Park on Saturday. However, a narrow defeat away at Plymouth Albion sealed their fate in Round 29 as Gavin Hogg’s side had their relegation confirmed after two seasons at this level. Five wins from their last seven games highlighted just how strong the Hertfordshire club have been as they fought for survival, but with Hull Ionians and Loughborough Students also producing strong results, OAs’ destiny was out of their hands. Now, they will be hoping to finish a tough season with another victory before preparing for life back in National Two South.