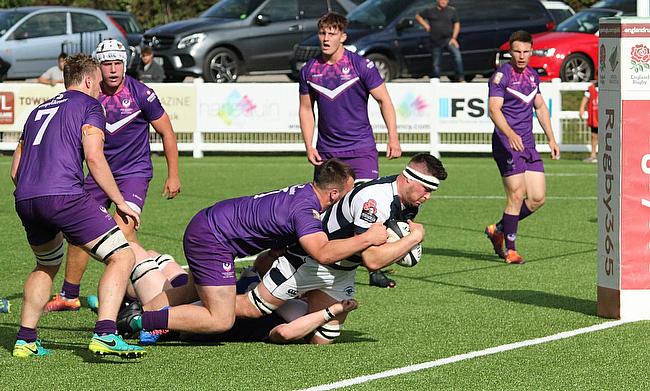 The Midlands and Yorkshire will also host regional battles with Loughborough Students taking on Hinckley while Huddersfield travel to Otley.

Meanwhile in National Two North, Stourbridge make the trip to Luctonians with both clubs aiming to maintain their 100 per cent starts to the season and the same scenario applies to Sedgley Park and Wharfedale, who meet at Park Lane.

Elsewhere, Sheffield Tigers go to Scunthorpe in search of back to back victories while Hull and Tynedale clash at the Ferrens Ground.

Sometimes teams who end a season badly can begin a new term slowly, but that wasn’t the case for Fylde last weekend. After one win from their final five games of 2018/19, Warren Spragg’s side started the fresh campaign with an excellent 52-32 win over Scunthorpe.

And now in a special year for both @fylderugby and @RugbyHoppers, the latest episode in their rivalry takes centre stage in #Nat2n this weekend.https://t.co/tbhZ0BhgJg

The men from Woodlands will be aiming to challenge for a top two finish this season, but they come up against their fierce Lancashire rivals in Round Two. Preston Grasshoppers finished just one place and three points behind their near neighbours last season and a derby day victory would taste even sweeter for Paul Arnold’s side after their opening day loss to Sedgley Park.

The opening weekend of the season for Luctonians and Stourbridge couldn’t have gone much better for both sides.

In terms of Stour, they produced a very good performance to see off newcomers Loughborough Students whilst Luctonians, following promotion from Midlands Premier, snatched a dramatic victory away at Tynedale. The Lucts will be prepared for a tough challenge when Stourbridge come to town this weekend, but a win back at Mortimer Park would be a dream start for Ryan Watkins’ men.

Scott Barrow’s tenure at Sedgley Park began with a hard-fought victory away at Preston Grasshoppers. This weekend, the new head coach will be relishing his first home game in charge following such a positive start.

Wharfedale also enjoyed similar fortunes in Round One as they defeated Yorkshire counterparts Otley at the Avenue. The Greens will be keen to build on an excellent eighth place finish which they achieved last year whilst Sedge’s focus will, once again, be on a top two spot.

Scunthorpe’s first home game back in National Two North didn’t have the fairytale ending they would have craved. However, despite their loss to Fylde, Tim Robinson’s side showcased bags of spirit and the Heslam Park faithful will hope that desire can lead to an opening victory this weekend.

Great conditions at The Tiger Dome on Saturday for the #nat2n curtain raiser between @SheffTigersRUFC and last season’s runners up @RUFCChester. An excellent game with the hosts holding on for a 25-19 victory @YorkshireRugby @TalkRugbyUnion @nca_rugby pic.twitter.com/waRbTAna1w

They will have to be mindful of the threat Sheffield Tigers will pose, though, as Jamie Broadley’s men produced a brilliant display to defeat Chester in Round One. The South Yorkshire outfit will now be determined to kick on after that 25-19 triumph.

It was so nearly the dream start for Hull. Gary Pearce’s side entered National Two North for the first time in four years with a sense of optimism and they so nearly capped off their return with an opening day victory, only for Huddersfield to rescue draw.

Pearce was ‘disappointed’ to leave Lockwood Park without the win which, in a way, shows how well the recently promoted side applied themselves last weekend. Up next, they host Tynedale who face another newcomer after falling to a narrow 36-33 loss to Luctonians in Round One. They will be hoping for better fortunes against a promoted club this time around.

Last week’s 22-22 draw with Hull may not have been the ideal start to the season for Huddersfield, but head coach Gareth Lewis was quick to praise the character of his players. A late conversion from Cali Cookland snatched a share of the spoils for Field, but now they will be hoping their first win can come against opposition who beat them in this exact fixture just over a year ago.

This will already be Otley’s second all-Yorkshire affair of the season after losing out to Wharfedale last Saturday. Otley failed to really trouble Dale’s defence in Round One so this weekend, being more expressive and clinical will be top of the agenda for Tom Casson and Charlie Maunder’s side on their return to Cross Green.

Loughborough Students and Hinckley are two of the three teams (along with Preston Grasshoppers) who failed to pick up a point on the opening weekend of the season.

The Students began life back in National Two North with a 31-10 defeat against Stourbridge whilst the Hornets were unable to take their chances as they lost to a well organised Caldy outfit in Round One. It is another Midlands derby for Loughborough on Saturday and another recently relegated opposition for Hinckley so which side can add their first victory to the ‘W’ column this weekend?

It is only the second round of matches, but this clash between Caldy and Chester may offer an early indication of what the season ambitions are for both teams. Caldy were relegated from National One last term, but began their campaign in the fourth tier with an excellent 29-13 win away at Hinckley.

As for Chester, they reached the National Two play-off in 2018/19 but they started this term with a disappointing result at Sheffield Tigers. Jan Van Deventer will want to see a reaction from his side on Sunday following their opening day defeat and a Cheshire derby could be the perfect stage for a response.