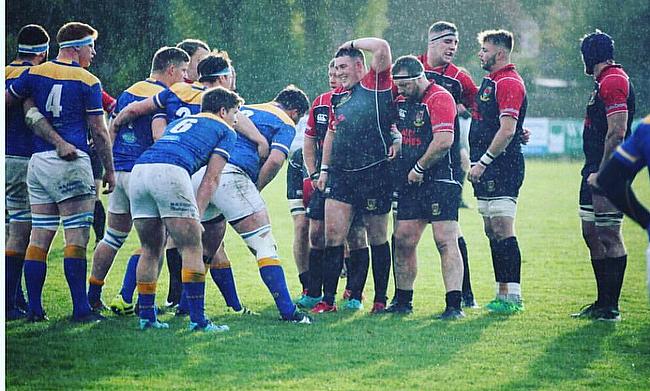 Mike Jobling has revealed Hull’s ‘tight-knit environment’ has been a key factor in the club’s rebuilding process over the last four years.(Photo Credit: Steve Winterburn)

In 2015, the Yorkshire outfit suffered relegation from National Two North, but returned to the fourth-tier last season after storming to the North Premier title.

Jobling was part of the Hull side which dropped out of National Two and admits the ethos of the club, as well as the vision of head coach Gary Pearce, have both played an integral part in their revival.

Hull, Scunthorpe, Sutton & Epsom and Bournemouth will all be joining the National Leagues next season!

We have reviewed their successful campaigns as they prepare to join the fourth tier 🔽 #Nat2n #Nat2shttps://t.co/6uYIqiGXp9

“When we initially came down from National Two, the club was very much in a broken state where he had a lot of elderly players that had left the team,” he said.

“There were a lot of youngsters and it was fragmented so what Gary brought in was making the club more local. Every player is now within 30 minutes of the club and we really built slowly by just picking up certain players that we thought would add to the squad and now we have got such a strong squad full of local lads, it is like a tight-knit family.

“Getting back into National Two, I have been here through the rebuilding process from when we looked broken to where we are now.

“You have to show gratitude towards the club in what they have done for the players that have remained faithful to them and now we owe it to them to show we can perform at this level and be where the club wants to be.”

Hull, of course, also has another club in the National Leagues with Hull Ionians currently plying their trade in National One, but Rugby League does dominate the city with Hull FC and Hull KR competing in Super League.

However, Pearce was keen to create an environment which encourages players to join Hull and Jobling believes the club are continuing to achieve their aim.

He added: “The competition for players is high in a rugby league town so the task is to try and get players with quality who want to remain with you.

“What I would say with the lads who have come in, you think they would have been there four or five years because of the family environment we bring. We eat together on a Thursday night after training and we make it a family feel around the place and that makes you think you can always rely on someone.”

Jobling is now reaping the rewards of remaining with Hull on their journey back to National Two. Two seasons ago, he made his 100th appearance for the club before helping the side achieve promotion last year.

Hull racked up 119 points on route to the North Premier title and the Yorkshire outfit have made an mightily impressive start to this season.

An opening day draw with Huddersfield was followed by their first National Two North victory against Tynedale last weekend.

“We did our homework on the sides and looked at how they perform and where their strengths and weaknesses were,” Jobling told ncarugby.com. “We adapted ourselves to how they played and really took it to them and came out with some great results, particularly against Tynedale.

“We played Huddersfield about four years ago and we knew it was a tough place to go so to get a draw there was a great result for us.

“Some errors led to us being down to 13-men for the last three or four minutes so it was slightly disappointing to draw, but then again, it is good to see us disappointed because it shows how high we set our standards.”

It has been quite the baptism of fire for Hull on their return to National Two North. Both Huddersfield and Tynedale finished in the top five last season and Pearce’s charges now face top of the table Stourbridge this weekend.

The Midlands club are the only side in the division with maximum points to their name, but Jobling insists Hull will not shy away from the challenge as they continue to aim high.

“As I say, we do our homework!” Jobling, who scored against Stour back in 2014, added. “We have been looking at Stourbridge and they do have a big set of boys up front!

“They look quite tasty in the backs so we know they will be a threat. What I will say is last time we played at Stourbridge, we played on a grass pitch which suited their heavy pack but now they have got a 4G and we have some quick backs like Stephen Johnson. That might be a way in which we can open a few gaps

“We sat down as a squad of players at the beginning of the season and we decided, ideally, we want to aim for top six. We are setting out sights high, but if we aim to avoid relegation you may think like a loss here and there is acceptable, but if we aim high, then we are striving to be the best we can be.”