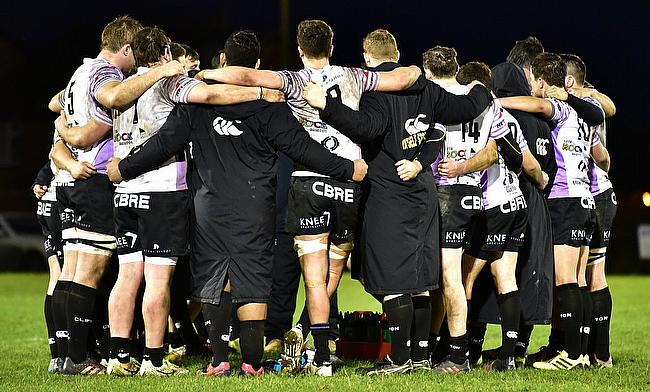 Clifton and Old Redcliffians picked up crucial wins in their fight to avoid relegation on another interesting Saturday in National Two South.

Clifton beat Canterbury to seal a much needed victory and they remain four points clear of 14th placed Old Redcliffians after triumph over Tonbridge Juddians.

Fellow rivals Broadstreet have given themselves a slight chance of avoiding the drop after an excellent win against Worthing Raiders whilst defeats for London Irish Wild Geese and Wimbledon leave those sides with work still to do.

Barnstaple might be another team which is looking over their shoulders, but they thought they were going to become the first side to beat league leaders Cinderford since October, but a late try denied them a wonderful victory over Paul Morris’ men.

As for Cinderford, they remain on course for the National Two South title after a 17th straight win whilst elsewhere, Redruth edged past Redingensians and Henley Hawks defeated Bury St Edmunds.

National Two South leaders Cinderford edged a tight encounter as they snatched victory from Barnstaple to extend their winning run to 18 matches.

It took Terence Babarinsa’s late try to put the Foresters in front after Reuben Norville had given the visitors a route back into this contest.

After falling behind to a Tim Brockett score, Barnstaple responded well with tries from Jordan Petherbridge and Ryan Carter.

However, Cinderford battled back and after waves of pressure, Babarinsa dotted down to clinch the win for Paul Morris’ side.

Chinnor moved closer to securing a top two place in National Two South by beating Wimbledon in an entertaining battle at Barham Road.

Ollie Hutson’s effort had given Wimbledon an early, but tries from Ben Brookes plus two other scores kept the hosts in this game throughout.

But Chinnor were able to stay in control of this encounter as they sealed a fourth win in a row which leaves them 14 points clear of third placed Redingensians with a game in hand.

A late Jack Clemson score clinched victory for Redruth over Redingensians at the Recreation Ground.

The win was the Reds’ fourth on the spin whilst Redingensians hopes of finishing third took a slight dent in Cornwall.

Redingensians led 13-10 at half-time thanks to scores from Craig Nightingale and Conor Corrigan, while Sam Parsons and Ben Fox touched down for the hosts.

Tom Notman’s effort and a penalty from Richard Kevern put Redruth five points ahead, but a third penalty of the afternoon from Jordan Souter gave the Rams the advantage.

However, there was to be late drama as Clemson dived into the corner to seal the win for Pale Nonu’s side.

Taunton Titans survived a comeback from London Irish Wild Geese to a secure victory in Somerset despite being reduced to 14-men.

Tony Yapp’s side went ahead through tries from Aron Struminski and Jamie Fleming, but the visitors responded with a score from Reon Josepeh.

Taunton hit back and entered the interval 18-5 up following touch downs from Chris Francis and Connor Baker.

A penalty try for Wild Geese reduced the deficit and the away side were given a passage back into this match when Sam Prior was sent-off for an alleged punch.

Wild Geese were then awarded a second penalty try and despite the indiscipline on show, the Titians held on for the win.

After quick hands had allowed Chris Snelling to break, Sean Stapleton got the only try before half-time as the hosts led 5-3.

Robinson dotted down for Henley after the interval and he struck again before a penalty try put the Hawks 22-11 up.

Fraser Honey had kept the points ticking over for Bury and he converted Stapleton’s second score of the afternoon to set up an intriguing final 15 minutes.

However, Robinson completed his hat-trick when he latched on to a kick from Joe Butler to seal a first win since January for Henley.

Jack O’Malley and Ezra Caven scored first-half tries as Old Redcliffians kept their survival bid on track with a hard-fought victory over Tonbridge Juddians in Bristol.

O’Malley pounced on a loose ball to open the scoring before Caven darted over following an interception from Kieran Hill.

Several superhero displays from the 1st team to beat @TJRFC 14-10 today but this man lead from the front #UTR #MOM pic.twitter.com/XqwLwv5y4Q

Nathan Homes landed a penalty for the TJs in the first period and his side were well in this contest with 10 minutes to go as Charlie Edwards dotted down, but the Reds held on for another vital result.

Their fifth home win of the campaign now leaves them four points from safety with six games in their season remaining.

National Two South strugglers Broadstreet powered to a bonus-point win over Worthing Raiders to give them a glimmer of hope of avoiding relegation.

Paul Hurst’s men are now 13 points from safety and they still have a lot of work to do, but with six games to go, Street still have a chance of beating the drop.

Two close ranged scores helped Broadstreet into a 12-7 lead at the break, with Michael Dingle responding.

Nick Thatcher plus another try clinched the bonus-point for Broadstreet and despite a Matt Walsh score, the hosts rounded-off the win with a fifth try from Jamie Dodd.

Clifton’s hopes of staying in National Two South were enhanced as they battled to victory against Canterbury in Kent.

Clifton led through a Brad Barnes penalty, but Guy Hilton crossed for the hosts soon after.

Jonathan Murray sent Canterbury 12-3 ahead, but their lead was cut before half-time as Callum Roberts touched down for Clifton.

A penalty try put the visitors in front, but they were clawed back as Dan Smart went over for the City Men.

However, ill-discipline crept into Canterbury’s game and they were made to pay as Dan Wells stole the win for Clifton which leaves them four points clear of the bottom three.