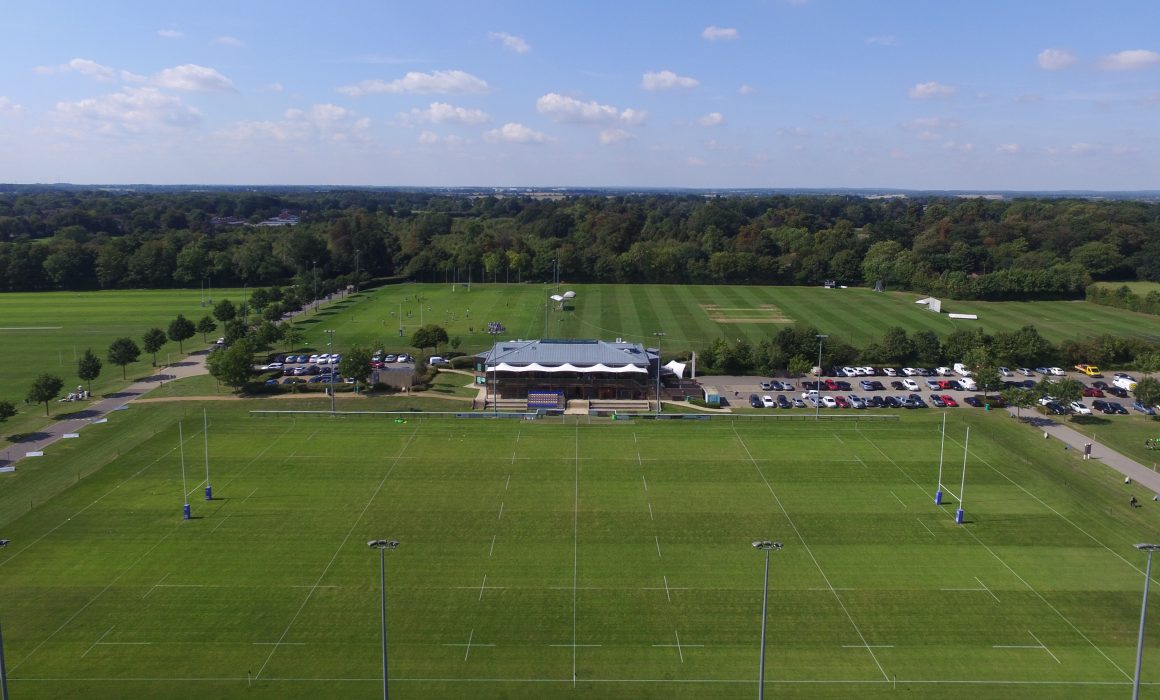 James Osborn believes Old Albanian’s new academy programme is key for the “longevity and sustainability of the club” – and he is determined to maximise the opportunity.

OAs’ Head of Rugby Operations has been heavily involved with this new initiative introduced by the Hertfordshire club, with the academy conducting their first training session at the beginning of this month.

Over the last decade or so, Old Albanian’s have progressed as high as National One and have also developed a thriving junior section with over 900 players playing week in week out, and a women’s section playing in Championship 2 that also includes three junior girls age groups.

OAs are now aiming to harness their success by starting up their academy and they regard the introduction of their new programme as crucial for the development of the club.

“I think like a lot of clubs, we realised that rugby has changed fairly dramatically over the last 10 years,” said Osborn.

“Gone are the days of having guys come through and play for you for their whole adult life until they crawl off the pitch!

“We feel like we have got one of the largest mini and junior sections in the country, but what we have found, is that we are really struggling to consistently and reliably bring them through to senior rugby.

“We can fairly reliably get 10-15 guys who play on the Colts teams, but to actually get them through to the senior club is tough.

“Over the last couple of years, we have been trying to identify how we go about making the club the sort of environment that will attract and nurture young guys through into adult rugby and also help with the longevity and sustainability of the club.

“You come out of junior rugby where you have had an incredibly structured, well run age group system and then you go into adult rugby.

“That can be overwhelming and equally, some guys are not quite ready yet either because of skill levels or physical maturity or things like that. When we put all of that together, we decided to try and find a way of creating an environment which was that bridge between age group rugby and senior rugby and came up with the academy.”

OAs announced the academy will focus on an additional development route, alongside their Colts teams, for players within and from outside the club between the ages of 17-23 who want to try and progress towards playing at a senior level for a National League standard club.

The academy will have their own coaching and support team, headed up by Eddie Painting. The team is drawn from within the club and will be further supported by 1st XV players and coaches, while there will also be medical and S&C staff dedicated purely to the project.

In addition to this, the club have stated they will be offering off-field support to players both from a rugby development point of view, but also professional career advice and opportunities through local businesses and members.

Explaining why it is OAs’ aim to keep the Colts separate from the academy, Osborn said: “We don’t want to do away with our Colts because we have a good reputation at that level and for a lot of the players it’s a big and important part of their journey through the junior age groups.

“The academy is meant to be an addition and it is meant to offer support to players who don’t have a support system in place whereas our Colts ages do have that structure.

“We decided to steer the academy away from replacing that and have it more as a development tool for players who are colts age and beyond to help them make the step up.”

Over the past few years, OAs have had strong links with current Premiership champions Saracens with the likes of Maro Itoje, Nick Isiekwe and Max Malins all appearing at Woollams for Old Albanian.

With the academy now up and running, the club is open to the idea of introducing Saracens’ academy players and young athletes who have not made the grade at the top level to OAs’ new programme. 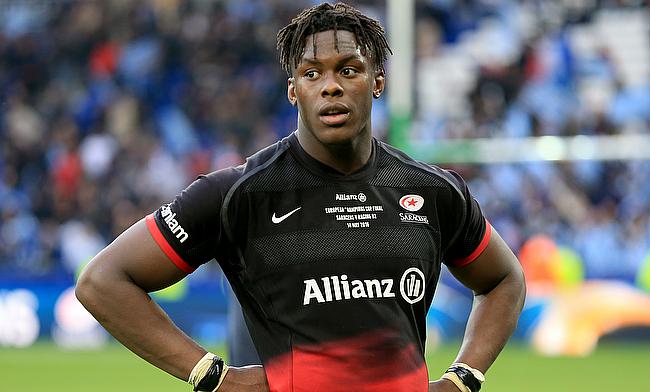 Osborn added: “Saracens’ training ground is our home ground and there is a natural link there, as there is with a number of other clubs like [Bishop’s] Stortford, Ampthill and Bedford.

“As with those clubs, we benefit by receiving players from their academy on loan to supplement our squad.

“We have not had formal discussions with Sarries about how we might tie up the academy with them.

“Yes, if there was a conversation to be had, we would be open to it certainly and somewhat inevitably, part of our thinking is a lot of young guys get released from academies and that’s not just Sarries.

“We have already had some guys get in touch with us who have had that happen to them because they are interested in finding out more about the academy.”

The introduction of the academy marks another fresh beginning for Old Albanians. At the beginning of last season, the club hired Gavin Hogg as their new Head Coach following James Shanahan’s move to Blackheath.

OAs did suffer relegation from National One after a two-year stint at that level, but back in National Two South, the club are looking up once again.

As things stand, they currently sit in mid-table, but they are only five points off the top two spots and Osborn is hoping to see OAs challenging for promotion come the end of the campaign.

“No-one likes to be relegated, that’s obvious!” added Osborn. “Actually, it has allowed us to take a step back and say ‘What is the worst thing that could have happened to us?’

“Of course, right up there is relegation from National One, but we learnt a lot from last season, the club is still here and we are still a strong club with a decent national profile which is honing in on new structures and developing future National League players.

“With the talented young squad that Gavin and his team have put together and the steps we’re taking to support them and the wider club, the future is looking a lot more positive than it could have done. 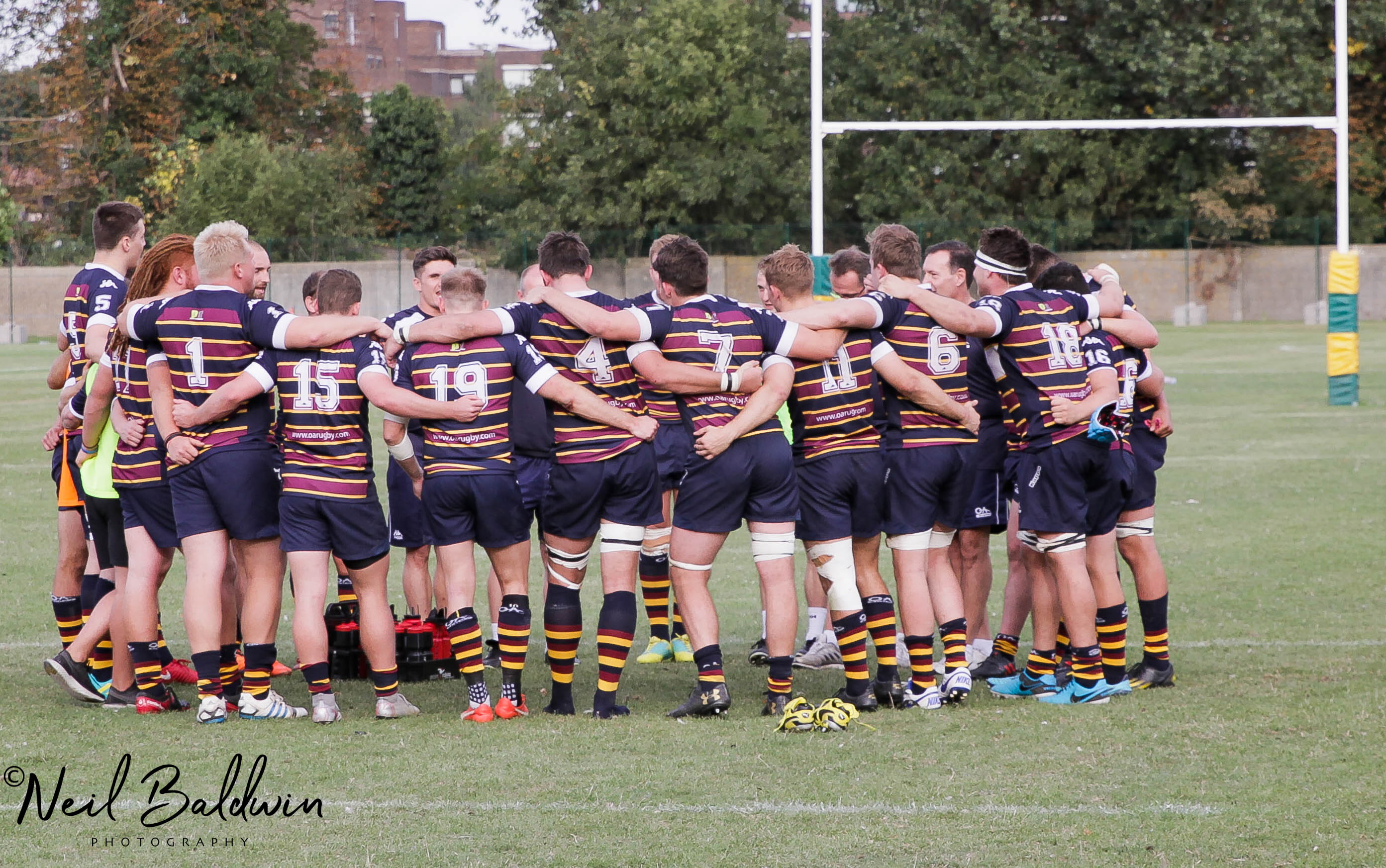 “We are doing all we can to get back and we would certainly like to think that come the end of the season, we will be there or thereabouts to get back up to National One.”

It is clear one of Old Albanian’s goals is to aim for a top two finish this term, but with the academy now in motion, the success and progress of their new initiative will certainly be on the agenda.

Osborn concluded: “The first thing we need to do with the academy is get it established. We want to start working out how we are going to start developing these guys in the best structure possible.

“This year, we also want these academy players to be around the senior side on match days as well, just so they can get the opportunity to experience that environment and build some relationships with the players.

All of these type of things over the next six or seven months, we are going to be getting them in place to work out what is going well and what is not going so well to make sure that we are maximising the opportunity and enthusiasm that the club has got at the moment.

“That will all help for next year and hopefully then, we will know a lot more about what is needed.”