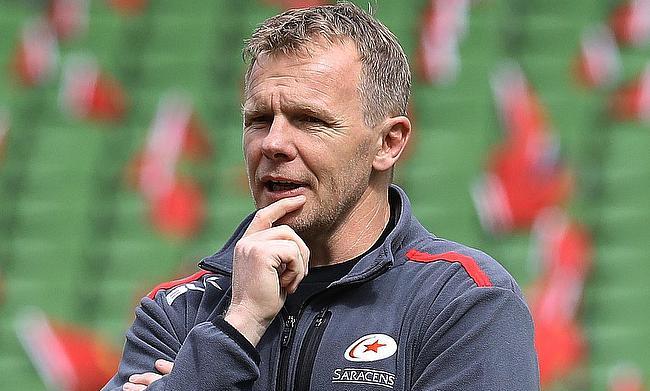 Off the field, things haven’t been exactly smooth for Saracens. A £5.36m fine and a 35-point deduction in the Premiership probably wasn’t the way that Mark McCall’s side wanted their campaign to begin.

However, on the field, things aren’t too bad at all. McCall’s side have begun the new term by winning three of their four opening games of the domestic season, leaning heavily on their young talent in several key positions.

Losing to Northampton on the opening day of the season has been the club’s only real stalling moment in the Gallagher Premiership whilst they have beat Leicester, London Irish and Gloucester in the following weeks.

With a trip to Somerset to play Bath on Friday night, the current English champions sights will be set on overturning the -22 points total they find themselves on.

Most likely starting one or two more of the internationals they have missed due to World Cup action over the last few months, scrum-half Ben Spencer is unsurprised that the academy players have stepped up with their more experienced teammates absent.

Ben Spencer will join the England squad as an injury replacement for Willi Heinz.

“I think, whether you haven’t played for the club at all or whether you’ve got 200 caps for the club, everyone has the utmost respect for each other here.” Spencer said. “You know that whoever puts on the jersey at the weekend, you know everyone will be fully behind them and they will give 100%.”

One player that has caught the eye is Manu Vunipola. Of course, the name is familiar, but the oddity about this Vunipola is that he plays in the backs.

The 19-year-old has been thrusted into the limelight due to Owen Farrell’s England exploits and Max Malins’ injury sustained in preseason, with McCall likening his arrival to the first team to that of England’s captain.

“This happened to Owen in the same way,” McCall said. “Derick Hougaard tore his Achilles in 2010 and we signed Gavin Henson. Gavin was doing Strictly Come Dancing and he couldn’t play for us for the first three months because he kept getting through every round!”

“We were forced to play Owen because Gavin was such a good dancer. Gavin then played a couple of games and we went ‘let’s just play Owen’. Not only did Owen go to the World Cup, Max Malins picked up an injury, we signed Damian Willemse and he got called up for the World Cup and Manu has just played.

“Manu has taken advantage of that and he has been brilliant for us. Max Malins is going to be coming back soon and we could have competition between them, so it is really good for the long-term of the club.”

Sat in the club house of Old Albanian RFC, where Saracens operate from, you soon realise why a link to the National Two South side is so important to any professional outfit. The aforementioned Malins spent some time at the club, scoring all the points against Sedgley Park in 2016 to promote the side into National One.

Similarly, the likes of Nick Tompkins, Maro Itoje and Nick Isiekwe have all represented OAs at Woollams. Young Manu Vunipola is no different. Last season, in between appearances for England U20s, the flyhalf was pulling on a Bishop’s Stortford jersey, helping the club consolidate their place in National One for another year.

Can we all take a moment to appreciate this volleyed assist from Tom Whiteley!? 😮

Last weekend, scrum-half Tom Whiteley played against Ospreys alongside Vunipola and his half-back partner was quick to recognise how impressive the No.10 has been so far this season.

“Manu, I think I’ve said it a couple of times now, has come on a ridiculous amount. Obviously, he got lucky this year, not lucky but in rugby there are injuries.” Whiteley said.

“It was never going to go wrong for him because he is 19 and if it hadn’t gone that well, he’s still got a couple of years to get there.

“He’s in the good books now, which is good for him and he’s a Vunipola so that helps! But seriously, he has done unbelievably well and it’s really easy playing inside him. It’s like he’s been playing there for years, but he’s only played five or six first team games.”

[mpu-1] Whiteley, himself, learnt much of his trade in the National Leagues. Similar to Richard Wigglesworth and Ben Spencer, who played for Fylde and Cambridge respectively, 23-year-old Whiteley played for Cambridge, Bishop’s Stortford, Old Albanian and Rosslyn Park in the before being a regular in the first team for Saracens.

“For me personally it was to get my skills to a new level. My passing, my box-kicking, the things that Sarries look for. I took it from National Two, to National One, the Championship (with Bedford Blues), Premiership, every step.

“I was very lucky I got to play four years of National League rugby before actually going to the deeper end of it, because I felt I was more ready then. I reckon that if I’d have got chucked in earlier, I would have blown my chance, but it helped me massively.”

Still involved with the National Leagues, Whiteley coached Old Albanian backs on a Tuesday and Thursday night. The side is currently 10th in National Two South having won one of their last five games.