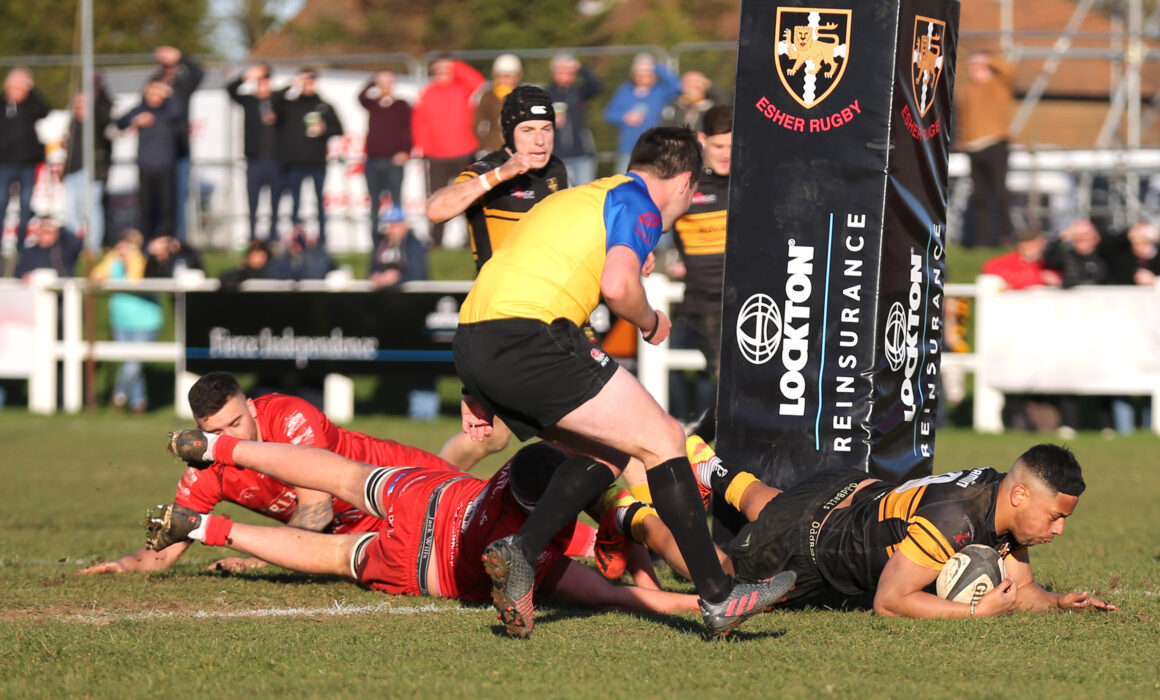 We witnessed some significant shake-ups at both ends of the National One table in Round 22 whilst the next two weeks in National Two North and South could be season defining. (Photo Credit: Gary House)

With so many intriguing results across National One in Round 22, we have decided to focus on Plymouth Albion as Tom Putt’s conversion gave Damian Welch’s side a 24-22 victory over Blackheath with the last kick of the game.

Albion, who have moved seven points clear of the bottom two after this victory, trailed by five points as the clock ticked into the 80th minute.

Blackheath had turned the game around in the second half, until Harry Wilkinson was bundled over the line which was followed by Putt’s ice-cool finish.

Tries from James Salter and Henry Clement, plus seven points from the boot of Putt, had given Albion a 17-5 lead at the break, but Blackheath, who had opened the scoring through Nick Foster, came roaring back.

After two unsuccessful penalty attempts from Jake Hennessey, the fly-half was able to convert George Spencer’s two tries before adding three points from the tee to give ‘Club’ the advantage.

Massive thanks to @Blackheath_1858 and their fans for a great afternoon of rugby, and we wish you all a very safe trip home 🤝 pic.twitter.com/enQlMm9p2Z

However, the visitors saw victory snatched away from them at the death meaning James Shanahan’s side now sit eight points ahead of the Leeds Tykes (14th) who they face this coming weekend.

There was also a big result for Birmingham Moseley who held off the aforementioned Leeds Tykes to seal a 30-27 triumph in Yorkshire. The win for Adam Balding’s men has now created some breathing space between them and the relegation scrap.

At the summit of the third tier, Caldy begin March as the new leaders after beating Tonbridge Juddians 40-21. Gareth Davies’ charges have now won their last 10 games and sit one point clear at the top with seven matches left to play.

Sale FC (3rd) and Rams RFC (4th) had to fight hard to continue their impressive recent form in Round 22. The North West outfit came away from Bishop’s Stortford with a 35-33 victory whilst Rams recovered from 18-10 down to defeat Darlington Mowden Park 36-32 at Old Bath Road.

Cinderford also negotiated a tricky task at Taunton Titans as a 30-19 victory for Paul Morris’ side saw the Foresters clinch their first bonus-point win on the road since September whilst it was much more straightforward for Cambridge who racked up seven tries in a 41-3 success against Chinnor.

A try from Jack Lea and six points via Michael Heaney helped Stour into a 10-6 lead, but Matt Minogue’s third penalty of the afternoon for the Titans cut the advantage before the break.

Rotherham nudged themselves in front on the hour with Minogue on target again, but Zak Poole’s try on 71 minutes proved to be decisive as the home side clinched this vital win ahead of their monumental clash against table-toppers Hull in Round 23.

Speaking of the league leaders, doubles for Keane Naylor and Reece Dean helped them to a 27-10 victory over a much-improved Harrogate outfit whilst Sedgley Park (3rd) fended off a fightback from Hull Ionians to seal a 27-21 win which keeps their promotion hopes alight.

Elsewhere, it really was a game of two halves when Fylde met Bournville as the Lancashire club came out on top after scoring 47 unanswered points in the first half in a 47-33 win at Avery Fields.

In contrast to those events in the Midlands, all the points between Wharfedale and Luctonians came in the opening 40 minutes, with the latter securing a 16-10 success in Yorkshire.

Also across National Two North, there was late drama at Huddersfield and Loughborough Students as Chester (10-7) and Tynedale (32-31) sealed victories at Lockwood Park and East Park, respectively whilst Blaydon recorded back-to-back wins by beating Sheffield Tigers 26-14.

The title race in National Two South has been blown wide open after Tomasz Pozniak and Phil Cokanasiga both scored twice as Esher responded to successive defeats by securing a commanding 32-12 win over promotion rivals Redruth.

Both players were making their Esher debuts and stole the headlines at Molesey Road in Round 22 whilst Jack Lavin also crossed for the hosts, who have now moved three points behind new leaders Clifton with a game in hand.

Redruth’s tries came from Richard Brown and Richard Kevern as Nigel Hambly’s side tasted defeat for the first time since the beginning of the year.

This success for Esher has made this weekend’s meeting with Clifton even more significant especially after the Lavender and Blacks went top following their 57-31 win against Westcliff in Round 22.

🙌 Access the final two months of the season for just £6

Worthing Raiders’ imperious form since December has catapulted them right back into the title conversation and their eighth victory on the spin – a 35-19 triumph over Leicester Lions – leaves them only three points off the summit.

The entertainment didn’t stop there in National Two South as Henley Hawks and Bury St Edmunds played out a 25-25 draw in Suffolk whilst Guernsey Raiders ran in nine tries to beat Hinckley 57-17 at Footes Lane, with Hugo Culverhouse scoring a hat-trick.

After being involved in a 14-try thriller in Round 21, Dings Crusaders found themselves embroiled in another classic as they came out 46-41 winners against Old Albanian whilst elsewhere, Canterbury secured their third home win on the bounce by beating Barnes 21-13 and Rochford Hundred comfortable defeated Barnstaple 33-9 at The Rugby Park.