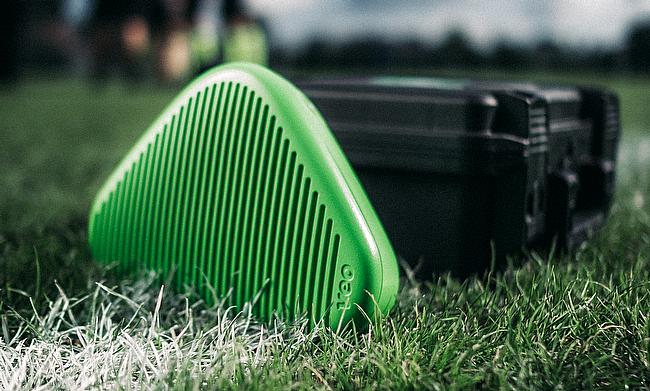 National League Rugby has today announced Veo as our partners for remote video analysis and this is a significant boost for the rapidly growing profile of our divisions.

Veo are a global leader in AI-powered sports recording and analysis and crucially, they offer a portable and affordable solution that enables rugby clubs – both big and small –  to record and analyse their rugby matches and training sessions without the need of a camera operator.

Veo uses AI technology to automatically track the action on the pitch and create recordings for teams to review for performance purposes and to edit into highlights packages.

Added to this, coaches and players are able to analyse the footage with ease and this will allow clubs to take their game to the next level.

We are delighted to be working with a company that is changing the game with game-changing technology.

Max Ashcroft, founder of Talking Rugby Union, said: “We’re pleased to be working with Veo to showcase their technology in the National Leagues.

“Since TRU took control of the National League website, our aim has been to boost the profile of the divisions and we feel working with Veo only enhances that.

Watch all but one of our tries against Hinckley under the lights on Friday #oneofus #uptheville #try #trylights #utv #score pic.twitter.com/xEbunpwTfy

“Veo enables clubs at our level to immerse themselves even further into training and game situations and it also has the power to improve the standard of the leagues both on and off the pitch.

“This technology has the potential for coaches and players to change the way they interact with the game and that can only be a good thing for National League Rugby.”

Sioned Roberts, Veo Partnership Development Manager, said: “Our technology has been used at rugby clubs across the globe for over a year now and we are proud to partner with National League Rugby.

“We want to support their drive for clubs to improve their playing standards and the Veo camera can aid them in this process by helping coaches analyse individual and team performances. In doing so, this will only increase the profile of rugby within the National Leagues.

“Veo uses AI technology to film games without the need for a camera operator making it a possibility for a club to film every game and analyse all its training sessions and matches.”

Bournville are one of the clubs who are using Veo for the 2021/22 season and Head Coach Mitch McGahan said: “With us moving into National Two, we had a look around at different options but the big thing with Veo is that it films the game itself. All you have to do is set it up and away it goes.

“I think it also allows us to focus on the smaller details in actual gameplay because we have more time to look at things we might not have been able to in the past. Now stepping up a level, there is probably a little bit more detail underneath that needs to be added into those conversations coaches are having with the boys and what we are looking for.

“Having the technology there for us to be able to go to the players and show them their work-ons is going to be good for us.”

National League Rugby are also are offering you £200 off your very own Veo camera. Find out more HERE