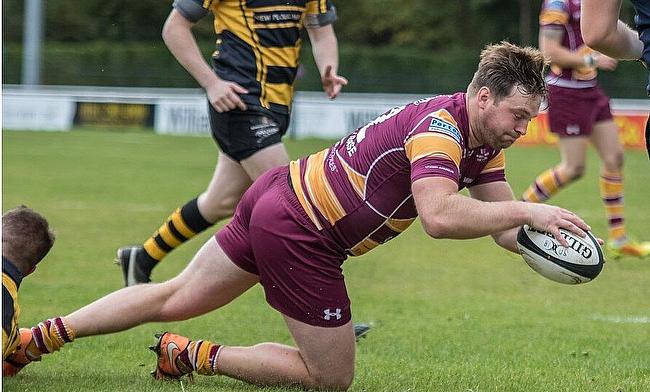 Sedgley Park’s Matt Riley will be writing a number of blog posts for ncarugby.com as one of the club’s longest serving players discusses his journey in the game. (Photo Credit: Gareth Lyons)

After his opening blog last week, Matt dives straight into his time at Sale Sharks…

Around Christmas time in 2003, my PE teacher came to get me in college and said I had visitors to see me! That is never a good a sign!

I remember walking in the office to find James Wade and Mark Nelson sat there! They started asking me what I planned on doing once I finished college… I wasn’t sure to be fair – policeman maybe! They then asked how I felt about signing for Sale Sharks and going to live in a house in Manchester with other young academy lads!

I couldn’t believe it!  Why did they want me??? I had got to final trials for England u18 but didn’t make the final cut – there was loads of lads from Lancashire that did so I couldn’t understand, but they only wanted to sign four lads from our age group from the whole of the North West!

They could see a bit of potential in me and to be fair, I was a shot to nothing as I was only signing for peanuts… but that didn’t bother me!

Some whipper snappers on here 🦈🏉 pic.twitter.com/iWlmJHBjF7

Truthfully, I think one of hardest things about joining a professional team at 18 is that young lads are used to being at the top of the ladder for their age group. When you join a Premiership side, you automatically start right at the bottom of the ladder again and you’ve got to try and carve a new reputation for yourself.

In July 2004, I started at Sale – initially on a one-year contract with an option of a second year if I fulfilled any potential. I managed to be there for four seasons…! Training full time with superstars that I had watched on the TV was surreal and took some getting used to! You soon realise that these superstars are just normal people but are just super talented at what they do.

I’d like to think I was quite fit for an 18-year-old – I enjoyed road running, but I’d barely touched a weight in my life! So, it was fun when I was first introduced to cleans / overhead squats and deadlifts…!

That first pre-season was brutal. We had about 14 sessions a week! By the time Saturday lunch time came along, you’d pretty much sleep and recover ready for Monday morning to do it all again! There were some gruesome sessions particularly at Lyme Park, Dunham Massey and Formby beach on the sand dunes, that not only tested your physical fitness, but your mental strength.

In terms of game time, I was part of the A Team (second team) which was made up of mostly youngsters mixed with a few fringe first team players plus any first teamers coming back from injury. We played against the other Premiership second teams on a Monday night which was weird at first as I had never really played at night-time!  I was ready for bed by half time!!

The academy lads at the time were a real tight knit group because we all lived together! We trained hard and pushed each other in training whilst also enjoy a few beers together when we got the chance! I made some real friends for life during this period.

That experience was a great part of the learning process for me. You got to play against lots of household names from other Premiership sides and within six months, I was given a chance in the first team by our coach Phillipe Saint Andre.

During game weeks, us academy lads would learn the moves of the opposition and run them against the first team so they knew what to expect on the weekend! If we were short of 15 players, Phillipe would slot himself in at 9 with Nelly [Mark Nelson] running the show from 10, with lads running lines off them!

Me and a couple of other youngsters were out on the bench for a Powergen cup tie against National One side Plymouth. I managed to get on for about 25 minutes on the left wing! Never in my wildest dreams did I think I could play at that level!

That moment was great, but it was tough at times. The squad had around 50 players in and included lots of well-established internationals so chances in the first team where hard to come by so the key was to keep learning, try to impress in training and when you got your opportunities in the A League.

Whilst you are aiming for a place in the first team, we had so many good players from across Europe who you could learn from– too many to name! We are competing to play, but all were willing to help and answer any questions I had. They had all been there and done it at the highest level and I tried to be like a sponge and absorb as much info as I could.

I look back to when I was 18-22 and my Rugby Union knowledge was nowhere near what it is now – I know you learn lots through experience, but because I had played Rugby League up until the age of 16, I was very raw.

So to have been able to go on a couple of preseason tours to France playing small parts against Perpignan, Castres, Biarritz and Beziers as well as well appear in the Anglo Welsh Cup and play in three Premiership games against Quins, Gloucester and Northampton was amazing for me during my four years at Sale.

The game against Northampton was the last league game of the 2005/06 season when Sale finished top of the pile and went on to win the Premiership trophy beating Leicester 45-20, so as a 19-year-old it was a surreal experience to even get on the field and make my Premiership debut!

It’s something you’d dream of as a kid but never imagine possible!

During my time at Sale, I trained with England U19s and the 7s side but never played and I thought my days of ever wearing the red rose were over.

In 2006, I got a call to play in a non-capped game for England U21s against Leicester Tigers for the Matt Hampson foundation! Matt was paralysed in a training accident a year earlier – he has since set up the ‘get busy living’ centre and he is such an inspiration!

England U21s had just won the Grand Slam and were treating this as a trial game for the forthcoming World Cup! I was a year young, so this was a huge bonus!

On the way home from watching Sale defeat Leicester in the Premiership final, I received a phone call to say I had been selected for the U21 World Cup due to an injury to Nick Abendanon… I was chuffed and very surprised to get selected but determined to make the most of the experience. 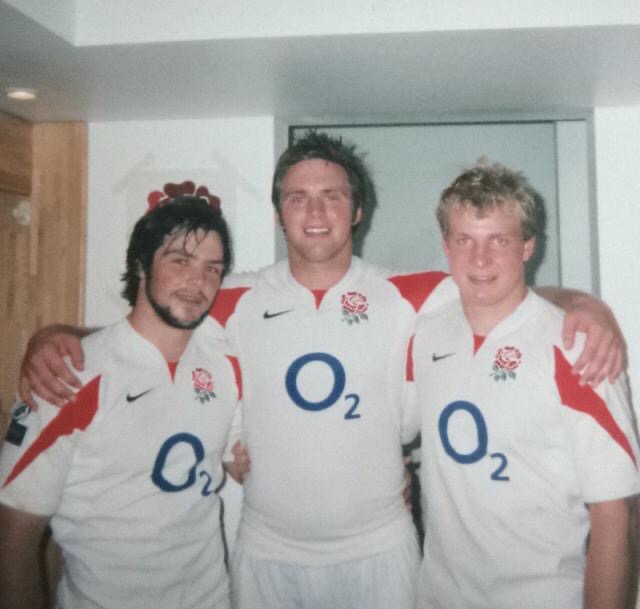 I played against New Zealand, Wales and Ireland!  Getting to face the Haka was something else!

Only five months earlier, I had been on loan to National One side Doncaster which was a great experience – playing against Exeter and a Quins side containing Will Greenwood and Ugo Monye!

The World Cup in France was brilliant, training + playing with the likes of Danny Care, Toby Flood, Mike Brown, James Haskell, Chris Robshaw and Tom Croft and against future world stars in Kieran Read + Johnny Sexton to name a few. It was fantastic and I headed back to Sale in the summer of 2006 full of confidence…

I watched their careers go from strength to strength from afar in the years to come This isn’t to say I wasn’t ambitious, but I was humble and realised that I was punching well above my expectations!