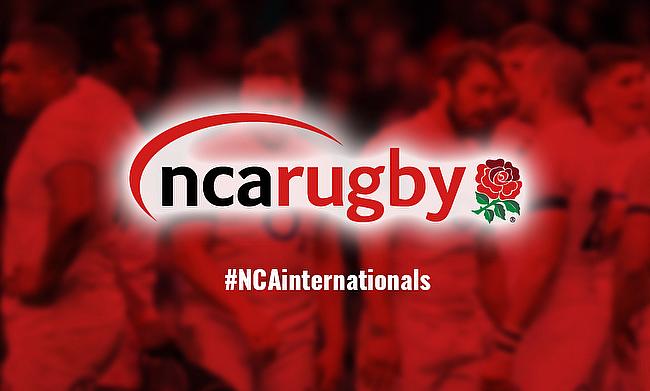 The Autumn internationals begin this Saturday with the stars of the game going head to head over the next three weeks.

Amongst the talent that will be on show across November are a number of players who have all experienced the National Leagues before reaching the top level of the sport.

The northern hemisphere obviously dominates our squad selection so feel free to mention anyone we have missed out from our NCA international side.

Alec Hepburn (Henley Hawks) – The former Henley Hawks man had an outstanding tour of South Africa with the England Saxons in 2016 and Hepburn received his first call-up to Eddie Jones’ squad in this year’s Six Nations. The Exeter Chiefs prop made his debut against Italy in Rome and this weekend, he will start England’s first international against South Africa.

Ben Moon (Taunton Titans) – Ben Moon was named in England’s training squad in September and his form this season for Exeter Chiefs has kept him involved with the national side. The 29-year-old played 25 times for Taunton in 2007-08 and a decade on, he is now hoping for his first England cap this autumn.

Kyle Sinckler (Richmond) – In 2011-12, Kyle Sinckler plied his trade for then National One side Richmond before moving up the rugby ladder to join Harlequins. The British and Irish Lion has certainly kicked on since his days developing as a player at the Athletic Ground and he is now set to feature heavily in the front-row for England over the next few weeks.

Sam Skinner (Taunton Titans) – Our first entry from Scotland comes in the second-row. Sam Skinner started his journey to the international stage at Topsham RFC before joining Taunton in 2013-14. From there, the former England U20s man joined Exeter Chiefs and has flourished at Sandy Park.  His performances were duly noted by Gregor Townsend and because Skinner qualifies for Scotland through his father, the 23-year-old is now part of the national side that is set to take on Fiji, South Africa and Argentina this month.

Maro Itoje (Old Albanian) – Arguably the biggest name in our squad, Maro Itoje’s rapid rise seemed to spark into life in National One. The lock represented Old Albanian in 2013-14 and after an impressive campaign at Woollams, his transition to the top of the game has been remarkable. An ever-present for Saracens and England, Itoje still has the rugby world at his feet, aged just 24.

Jack Polledri and Seb Negri (Hartpury) – We have coupled Jake Polledri and Seb Negri together and it seems the Italian pair are progressing at the same, unbelievable rate. Polledri has made a superb start to the season with current club Gloucester and was unsurprisingly named in Conor O’Shea’s plans for their upcoming fixtures with Ireland, Georgia, Australia and New Zealand.

His team-mate, Negri, was outstanding for the Azzuri in this year’s Six Nations and after continuing to impress for Bennetton in the Pro14, the former Hartpury skipper has also been selected for the autumn. Both Polledri and Negri were around the Hartpury set-up when they romped to the National One title in 2016-17 and now they are slowly becoming established internationals.

'I do have to pinch myself because it has been a dream come true'#EmergingTalent @slnegri04 on his rapid rise to Italy's first-team and his experience of the Six Nations pic.twitter.com/ID6iAMIDOU

Tom Curry (Sale FC) – Alongside the Italians is England and Sale Sharks flanker Tom Curry. He burst on to the scene for Sale FC in National Two North in September 2016 and he also played alongside his twin brother, Ben. Since then, Curry became the youngest player to start an international for England against Argentina in 2017 and also featured in all three Tests against South Africa in the summer.

Ross Moriarty (Hartpury) – Like Polledri and Negri, the Welshman also represented Hartpury and now the Gloucester man is once again in Warren Gatland’s plans for this autumn.

Mark Wilson (Blaydon) – Mark Wilson also could have slotted into this back-row, especially after being named in England’s XV against South Africa. The current Newcastle Falcon spent some time with Blaydon and after impressing this season, he has now been rewarded with a starting place at Twickenham.

Richard Wigglesworth (Fylde and Preston Grasshoppers) and Danny Care (Otley) –  Both Wigglesworth and Care are vastly experienced with 112 international caps between them and the pair also know what the National Leagues are all about.

For Wigglesworth, he revealed in an interview in 2011 that ‘his break’ in the sport came in Lancashire and his time with Fylde and Preston made him think he could have a career in the game. In terms of Care, his taste of the National Leagues was in Yorkshire with Otley. He may only have played at junior level, but Otley provided Care with his first steps into rugby and now he has made 250 appearances for current Premiership side Harlequins.

Henry Pyrgos (Loughborough Students) – The Scotland scrum-half went to Loughborough University and helped the National Two North side finish second while also playing his part for the BUCS team which won gold at Twickenham back in 2009/10.

Josh Adams (Cinderford) – Josh Adams  won’t be available for Wales’ opening international against Scotland this Saturday, but after making his debut for his country in the same fixture during this year’s Six Nations, the 23-year-old is expected to feature against the likes of Australia, Tonga and South Africa. In terms of his National League link, the winger played for Cinderford in 2015-16 in National One.

Jack Nowell (Redruth) – Jack Nowell is still only 25 years-old and his rise in the game cannot be understated. The winger was thrown into Redruth’s first team at 16 and before he knew it, he was a world champion with England U20s and was also straight into the senior set-up. Nowell scored four tries in his first eight Test matches and also bagged a hat-trick on his World Cup debut against Uruguay. Now, the Exeter Chiefs man is a regular for Eddie Jones and the Cornwall native will be hoping to shine at Twickenham this month.

Jonah Homes (Henley Hawks and Rosslyn Park) – The Leicester Tigers winger must be highlighted after spells with two different National League sides. His form at Welford Road has not gone unnoticed and now he is preparing to win his first cap for Wales over the next few weeks.

Chris Harris (Tynedale) – Chris Harris moved to Newcastle when he was 18 to study at Northumbria University. During that time, he combined his degree with both rugby for the Falcons academy and National League side Tynedale. Harris made over 40 appearances for Tyne and after a spell at Rotherham Titans, the 27-year-old has represented Newcastle 70 times. Harris is now part of Gregor Towsend’s Scotland squad after making his Test debut against Samoa just under a year ago.

He continued his rich vein of form with another excellent break against the Dragons on Friday night that ultimately led to scrum-half David Shanahan's try #ULSvDRA https://t.co/51iyhMppbY

Will Addison (Macclesfield) – Will Addison’s move to Ulster in the summer may have raised some eyebrows, but the former Sale Sharks man has hit the ground running at the Kingspan Stadium. The centre has been mightily impressive and thoroughly deserves his call-up into the Ireland squad for games against Italy, Argentina, New Zealand and the United States. The 26-year-old did have a brief spell with Macclesfield early on his career, but now he is eyeing up his first cap for the Irish.

Nathan Earle (Old Albanian) – Nathan Earle could easily have gone into the ‘wingers’ section of this squad, but we have dropped him into the 15 position. Earle departed Premiership champions Saracens at the beginning of the season to join Harlequins, but his decision has been vindicated by an England call-up after four tries in seven appearances. The 24-year-old had a spell at Old Albanian during his time with Saracens and now he will be keen to make his debut for Eddie Jones’s side this autumn.