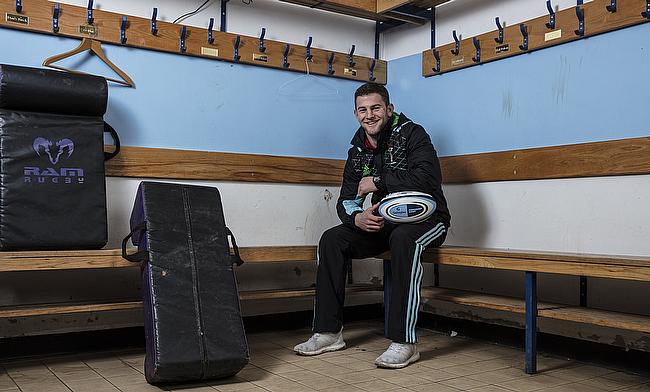 In an interview for ncarugby.com, Charlie Mulchorne talks about his passion for the National Leagues and the desire to see his current club, Harlequins, finish the season with flourish. (Photo Credit: Phil Mingo- Pinnacle Photo Agency)

“As someone who knows grassroots rugby, it is pretty much the foundation of our game.” Charlie Mulchrone is responding to a question about the importance of the National Leagues. “The more stuff you can do with local clubs, the better. It is such a key part of the sport.”

The lower tiers of English rugby is the constant theme throughout our conversation while Mulchrone attends an event at Walringham RFC. The scrum-half is there to share his advice with the U10s side – as part of the ‘Train with your Heroes’ competition run by Gallagher – and grassroots rugby is something which Mulchrone is very passionate about.

As with many young players, their route to the top level could come via an academy at a Premiership club, but for others, there are different pathways.

Mulchrone is a prime example of this. The 29-year-old rose through the National Leagues before eventually taking the steps into the Premiership. Time with Wilmslow and Macclesfield led to a move to the Championship with Rotherham Titans and just under three seasons ago, he left Worcester Warriors to join Quins. 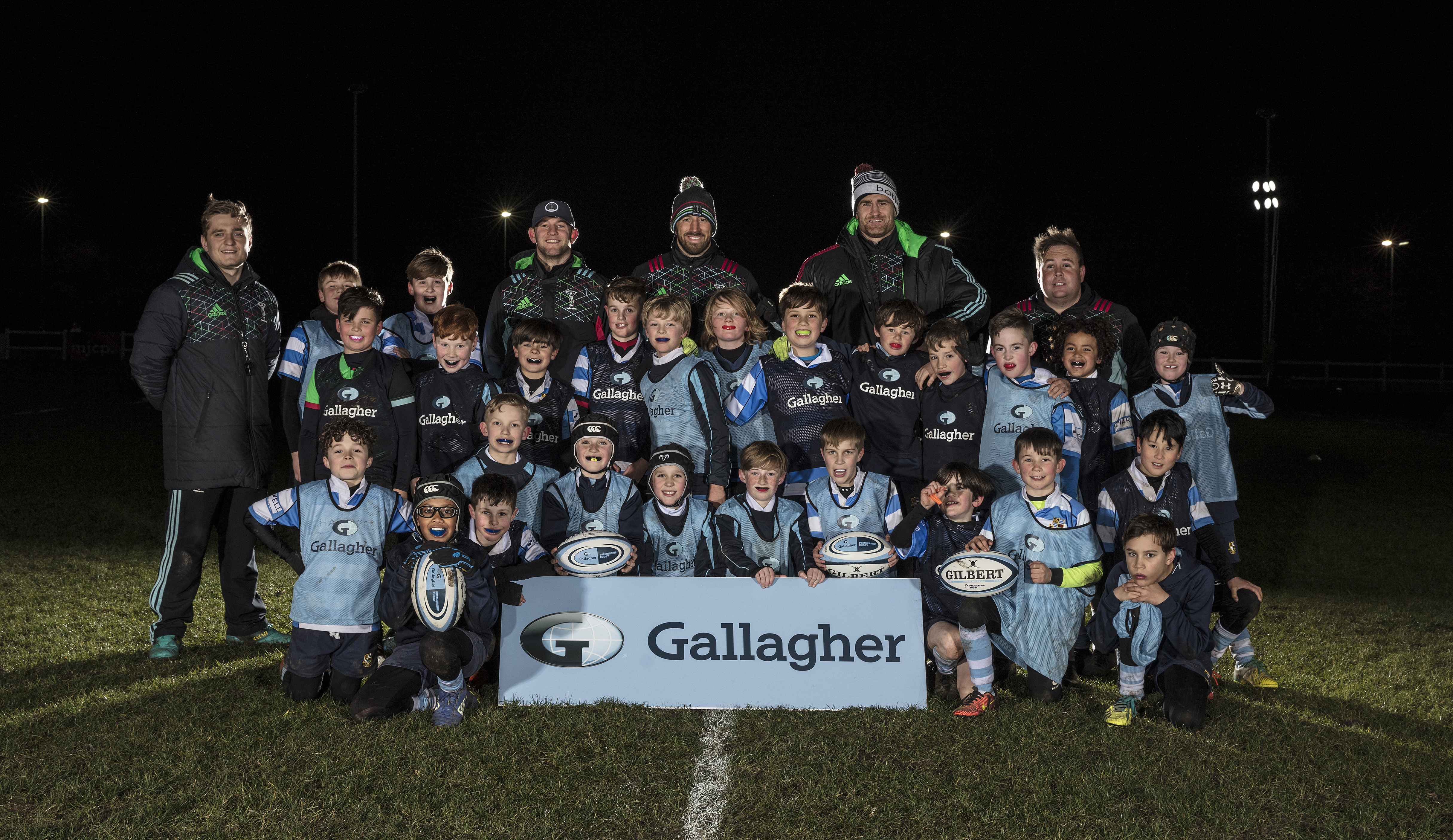 Charlie Mulchrone, alongside Chris Robshaw and James Horwill, was in attendance at Warlingham RFC as the club’s U10s won a training session with Harlequins. Photo: Phil Mingo/ppauk/Gallagher

“I didn’t get into professional rugby until I was 24,” he says. “I went through playing for Wilmslow and worked my way up. That’s how my journey went. You can still get Premiership rugby players playing at a local club when they are 21 and even older.

“It is not the be-all and end-all that one coach at a certain time might not select you or you are not in an academy. That’s absolutely fine.

“With the route I took, I have definitely got a great appreciation of the job I now have. Having played in those leagues, I was doing what you call a ‘normal’ working job so I appreciate the job I am in at the moment. I treasure it and I like to think I give my all because of it”.

Having being schooled at St Ambrose College in Altrincham, Mulchrone isn’t the only player from the North-West region of England to tread the same National League path. Of course, brother Fergus, currently with Championship highfliers London Irish, was at Wilmslow, Macclesfield and Rotherham with his younger sibling.

The likes of Sam and Luke James represented Manchester Rugby Club on route to Sale Sharks and Mulchorne’s friend, Tom Cruse, flourished at Stockport before climbing the rugby ladder.

“I played against Crusey all of our childhood,” Mulchrone says. “He was at Stockport and I was at Wilmslow. I think we got the better of them overall when we were younger! Me and him both went to Rotherham with my brother as well. He went on to Irish while Crusey has gone on to Irish and now is absolutely thriving at Wasps.

“The James brothers stayed more local at Sale which is great and the more good northerners we can get playing Premiership rugby, the better! I am absolutely loving my time at Quins. I didn’t think I would like London that much, but I am just about getting used to the tube!”

“It is pretty surreal if I’m honest. It doesn’t seem like two minutes ago that I was playing with my mates at Stockport."

Brilliant to chat to @cruse_dog2 about his route to the top and Wasps' aims for the rest of this season. pic.twitter.com/grL8iiDSP2

It’s hard to disagree with Mulchorne when he talks positively about his time in the capital. This season, Paul Gustard has re-energised Quins and they are in a strong position to reach the Premiership play-offs for the first time since 2013-14.

Mulchrone had played his part on both the domestic and European front this term, but during their victory over Bath at the beginning of the month, he suffered his third concussion in four months which has ruled the number 9 out for the rest of the campaign.

“Gutted is an understatement,” Mulchorne adds. “I was absolutely loving it this year. We’re flying and we are third in the league.

“Rightly so, I saw a specialist and their recommendation was to take time off which means the rest of the season out. You can’t really take any risks when it comes to the brain.

“It is such an unknown area. You have just got to take the advice of people who are in the know and look after yourself.”

Mulchrone watched on as Quins’ five-match winning run in the Gallagher Premiership came to an abrupt halt last weekend as they were well beaten by fellow play-off contenders Gloucester at the Stoop.

However, with six games remaining in the season and with a European Challenge quarter-final to come against his old club Worcester at the end of March, Mulchrone insists Harlequins can have a strong end to the campaign.

“We got a bit of a pasting against Gloucester,” he says. “We are going to review it and see why that happened and hopefully put it right.

“We have been playing really well and it is now about cementing third spot. There is a great mood in the camp. Guzzy [Paul Gustard] has come in and changed things round and brought great energy and focus to the lads and we are doing the right things at the moment.

“Saracens is a huge game at the Olympic Stadium next week and it will be a great occasion for the boys. It is about getting ourselves into the top four and giving ourselves a chance. It is then knockout rugby. Who knows what can happen. The ultimate goal is to be lifting that trophy on June 1st!”

Charlie Mulchrone was speaking at a Gallagher’s ‘Train with your Heroes’ session at Warlingham RFC after the U10s side won a nationwide competition launched by Gallagher, a passionate community insurance broker and proud title partner of Premiership Rugby.