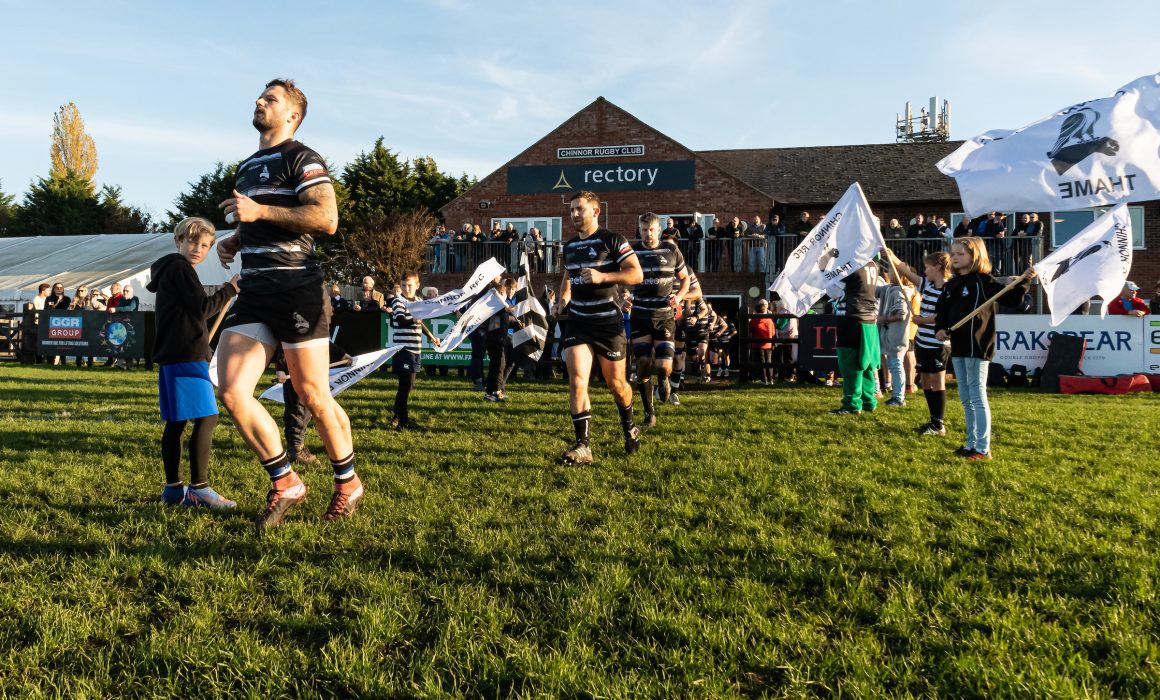 Despite being in the job for nearly three weeks, Chinnor’s new Director of Rugby will have to wait until the New Year for his opening game but the hard work has already begun for the ex-England international. (Photo Credit: David Howlett)

He may still be waiting to take charge of his first match as Chinnor’s new Director of Rugby, but Nick Easter hasn’t been twiddling his thumbs at Kingsey Road.

Whilst the postponements have clouded his early vision for the National One club, his message exudes clarity and purpose.

Since gaining promotion to the third tier in 2018, the Black and Whites have never shied away from being ambitious and Easter wants to get the Oxfordshire outfit firing again.

As the season enters its Christmas break, Chinnor find themselves just one point above the relegation places albeit with two games in hand.

“It wasn’t that hard [to accept the role],” Easter tells National League Rugby. “The first week of December was my first week and I had to put the lay of the land out there in terms of expectations, certainly from a rugby perspective, to the first team who have probably been underperforming.

“We haven’t had much training because of the weather, but we’ve had a few conversations in certain groups and they seem like a really, really good group of lads that lost a bit of direction and motivation this year. My role is to give them that, renew that and give it fresh life.”

Much of the interview is centred around Chinnor and Easter’s appointment, but his decision to drop down two divisions in order to step back into rugby comes just two months after he lost his job as defence and forwards coach when Worcester Warriors went into administration.

The former England No.8 says “he lives for the contest every week” and he is “looking forward” to the new challenge that awaits him in National One.

“An ex-playing colleague of mine, Jordan Turner-Hall, sort of knew a few of the guys here and they had parted ways with the previous DoR and asked someone to fill the spot,” Easter explains. “The decision makers said they are much better than their league position tells you apparently so they asked if I would be interested.

“I said yeah but I would need to know what the whole role is, what the requirements are in terms of the priorities, in terms of the day-to-day running, the weekly running and all that kind of stuff. Another thing was seeing how far away it was from Cheltenham where I now live and it is not too bad.

“It is great to be getting back into guiding a group of hungry, passionate young men in a game that I love. Whether they are paid full-time or not makes no difference to me and now I want to get them back on the road which is basically them performing at their potential.”

Easter’s move into National One will undoubtedly draw attention due to his track record as a player and as a coach. His accomplishments include playing in three World Cups for England, making 281 appearances for Harlequins and he also honed his coaching skills with the Premiership club before working with Natal Sharks in South Africa and then Newcastle Falcons.

It is obvious he expects high standards and the early level of detail he has delved into in order to turn Chinnor’s fortunes around is also impressive when you factor in the club haven’t played a competitive match since Easter’s arrival because of the sub-zero temperatures which have recently hit the country.

Rather than dotting the i’s and crossing the t’s ahead of the festive break, Easter has been downloading footage from some of Chinnor’s matches this season to identify their strengths and weaknesses.

“I have watched enough games now so I have used the time to see what has been happening and changed a few things up in terms of system, kept a few things that have obviously worked and that the players have enjoyed,” Easter adds.

“I watched obviously the Hull game, the Cambridge game, the Esher game [Chinnor’s last three matches], the Rams game from last time and a couple of other games.

“I also like to sort of pick the top sides like your Sale FC’s, Rosslyn Park’s, Rams. I watch those games because that is who you compare yourself to and where you want to sort of aspire yourself to be as well.

“I know I have my own set of standards and expectations that I require. From what I have seen, they are not being done on a consistent basis but without proper training and without being able to guide them and be on top of them in terms of delivering unforgiving high standards, it is quite difficult.

“You try and set the mindset and get to know them but you want them to have a bit of craic as well. You have got to remember they are part-time and it is a really good rugby club so they have got to enjoy their time.”

Easter is aware he has a talented squad already in place but he was also attracted to Chinnor by the well-rounded feel of the club. A strong mini and junior set-up combined with a core of senior sides is something which the ex-Harlequins man believes is a rarity in this day and age and he knows stepping into a Director of Rugby role for the first time requires him to try and stay across all facets of the operation.

“Obviously there is a lot more admin which is relatively new but the role is about getting to know people around the club and how it works as well because it is bigger than just the first team,” Easter says.

“It is a well-run, well-operated club and it is good to be a part of that and I will be interested over the next few weeks to compare notes to see why it is so much better run than other clubs.”

When it comes to focusing on the training pitch, Easter hinted at moulding himself into his own version of a Director of Rugby rather than trying to be someone else. He believes his own judgement will hopefully have a positive impact on Chinnor’s players.

He made it clear he wants to improve Chinnor’s forward pack if they are to begin heading in the right direction, referencing last year’s National One champions Caldy who were excellent in this department en route to their historic promotion-winning campaign.

Despite the weather wreaking havoc on the weekend’s action, @WMuggleton brings you highlights of the 7 games that did beat the freeze 🥶

How quickly the former England international will be able to make his mark, only time will tell but the short-term ambitions for the Black and Whites will be to start climbing the table.

The competitive nature of the third tier means that isn’t a straightforward task but Easter won’t be putting himself under too much pressure to deliver immediately, with third-placed Rosslyn Park set to be his first assignment on January 6th.

“What that [fixture] could do is give me a much better gauge to the naked eye of exactly where we are at and what we need to do on the training paddock or what we need in recruitment.

“There has already been a lift in the guys from the last two games they have played. Against Cambridge, they were very close away from home and Hull, although they are bottom of the league, it is a long way away and you have just got to do a job and they managed to pick up the five points there. The spirit since I have turned up seems to be in pretty good shape and that is always a nice start.

“I think the main thing for me is to just get them to overachieve really. I don’t know what that looks like at the moment. Look, I want to win games but I am not obsessed with winning games, especially at the start. Like we have spoken about, there is a number of changes, First is mindset and my big message will be whatever is happening on the scoreboard, keep buying into what we are trying to do because eventually, however many games in or whatever it might be, it will turn around for you.