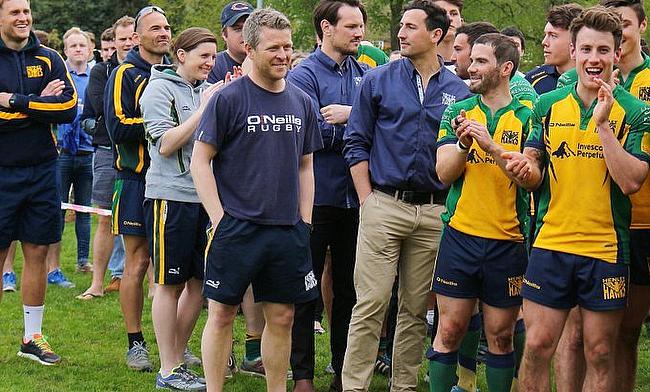 Former Henley Hawks head coach Pete Davies tells Ali Stokes why the National Leagues are crucial for development and reveals which players he has helped take their next steps in the game.

In an age when rugby union is rife with never-ending transfer rumours surrounding some of the game’s biggest stars of the day and the ceaseless clamour for struggling sides to recruit world class players and coaches, it’s easy to overlook the rather spectacular development currently taking place in England’s lower levels.

You’d be surprised just how many of your favourite Premiership stars cut their teeth in the second, third and fourth tiers underneath the Gallagher Premiership. Specifically, National One and National Two are more than pulling their weight when it comes to player development, churning out a healthy volume of competitors that have gone on to become classy Premiership and international operators.

Talking Rugby Union’s recent interview with Bristol Bears’ most recent success story, Piers O’Conor, flirted with a deeper understanding of such development. Taking a step further down this particular rabbit hole, Ali Stokes interviews former Henley Hawks head coach Pete Davies, the man O’Conor identified as one of the most influential figures in his progression.

Davies began his Henley career fresh out of university after moving to England from his native nation of Wales. Combined with a brief stint with Newbury in the Championship, Davies spent a total of 10 years playing for the Hawks, making an immediate transition from player to attack/assistant coach in 2010.

Having spent four years in Henley’s leading role, Davies played a significant hand in the evolution of a number of international stars and a myriad of Premiership regulars.

Explaining, Davies said: “When I was there [Henley] as a player, we had a real close link with Wasps while they were down at their Ealing base and a lot of their players would come to us on loan. But then it died off a little bit, the link between Wasps and Henley died off.

“But when I started coaching Henley and a senior Academy system came into place, it really started to kick off again. A number of players have come through level two, which is predominantly where Henley have been while I’ve been coaching them. We’ve had a couple of stints in National One too. The number of players that came through my hands who are now playing Premiership rugby this season is incredible.”

Davies went on to list the current crop of players establishing themselves as household names after blooding themselves with Henley.

“So, we’ve got Alec Hepburn he was with me via Wasps,” Davies said. “Obviously now with Exeter and England and doing exceptionally well.

“Tom West, who’s a prop playing for Wasps first team and came through their academy. Tom Langdon who’s currently up with Sale Sharks, he was with us through London Irish and Nick Kennedy.

“Will Rowlands who came to us wasn’t actually playing for Wasps, he came through Oxford University rather than through an academy system.

“Theo Brophy-Clews and Johnny Williams, both London Irish lads, came to me for a pre-season with the view of them being two of our main academy guys, but played so well in the pre-season for London Irish that they ended up being taken by the senior team.

“Jack Willis is a huge success of ours. He was brilliant playing for us in National One, just a standout performer every week in a team that was losing; but he was brilliant. Obviously, Piers O’Conor who is at Bristol Bears.

“Jonah Holmes was one of mine. Unbelievable [to see him play for Wales], he’s a good friend of mine. The ironic thing is that I only found out that he was eligible for Wales when I saw it on Twitter that he’d been called up by Warren Gatland.

“I always knew he was going to go on to bigger and better things and now he’s got his Welsh cap, plays for Leicester and will probably end up going off to Wales in the next couple of years, I would have thought.” 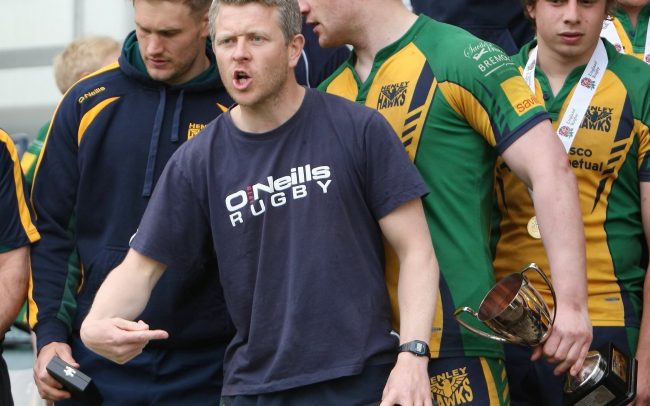 Davies went on to highlight a number of marked players to have played against Henley in the National Leagues, including Joe Launchbury and Joe Marchant (Worthing and Harlequins), Ross Moriarty and Billy Burns (Hartpury and Gloucester) and Tom Whitely (Bishops Stortford and Saracens).

Continuing to acclaim the fundamental importance of prospective stars learning their trade in the lower levels, Davies said: “All these players, young players, have all cut their teeth at National Two level, sometimes National One, the development it gives these kids is amazing.

“I think there are a number of reasons for it. I think mainly when they’re in the academy system, particularly senior academies, I think it’s quite sterile. They get a lot of conditioning, which is understandable, lots of nutrition to look after their bodies, but they do a great deal of training but not a lot of playing. They get the odd outing for the A team, if they’re lucky, but don’t play that much of what I consider to be meaningful rugby.

“So, these guys come to us and get thrown in with a bunch of blokes who care so deeply for their club and they can just see it for themselves, it’s palpable. These guys will literally run through brick walls for their club because they’re playing for promotion or relegation, and these young kids just lap it up.

“Literally within a few sessions, they consider it to be their club. Whilst they are with the Premiership club, they still consider their loan side to be their club, and it’s brilliant to see.

“That they get a sense of belonging to something and meaningful fixtures that count, that actually count for something. If those guys lose an A league game, it’s not the end of the world for them, it doesn’t really matter that much because it’s just a development league. Whereas if they lose playing for Henley, they get pretty cut up about it.

“And as well as that, the quality of National Two and National One is really high, so they’re coming against really good competition; whether it’s from other academies playing against Joe Marchant, Joe Launchbury, Ross Moriarty and the likes, they’re playing against good quality opposition and they actually learn the trade of playing rugby at that level.

“The ‘dark arts’, as it were, particularly. The contact area, the tackle area, it’s brutal at National Two, and particularly in National One. These young kids who are 18/19 get thrust into that, it’s just phenomenal for them because they’re not hitting bags, they’re actually hitting blokes.

“These kids have got to be playing and that’s why I supported like crazy getting these kids to come to our club, because like I said, they add quality, not experience, but quality and athleticism and good preparation, but they learn rugby playing at that level against blokes.

“Proper strong men, guys who are semi-pros who probably in their day could have played pro rugby at Championship level or the fringes of the Premiership squad but chose to play in that squad because they still want to work and play semi-professional, train twice a week and play on a Saturday.

“They get toughened up. With Piers O’Conor, his contact skills were not good when he first arrived with us. He was so electric and so fast, you’d get the ball to him and you knew he was going to make ground and beat players, but whenever he went into contact, you’d toss a coin over whether he’s going to come out with it or lose it.

“We gave him a fair bit of stick for it and said ‘you need to improve that area of your game’. And by playing at that level in the mud and the wet and getting bashed up, his contact skills just went through the roof. By the end of leaving us, he never lost the ball in contact. You watch him playing now and he did exceptionally well for Bedford and now for Bristol, his contact skills are excellent. He’s a big lad anyway.

“The old boys would joke around with them, calling kids rock stars. You know, ‘you’re not a rock star, kid, take your hat off’. When they start training with their cap on backwards and trying to look the part they get knocked down a few pegs and in fairness, all the lads we’ve had have been brilliant kids, really good lads and you just look at them now.”

A saturated rugby calendar of Premiership, European and international action may keep the average rugby fan’s needs more than satisfied, but the odd eye on your local National One, Two or Championship side’s latest line-ups and young hotshots could be the prime place to spot yourself the next Six Nations star.

If London Irish’s and Wasps’ record with Henley is anything to go by, Premiership bosses may save themselves considerable room in the salary cap by investing extra time and attention in their youth and the lower leagues.