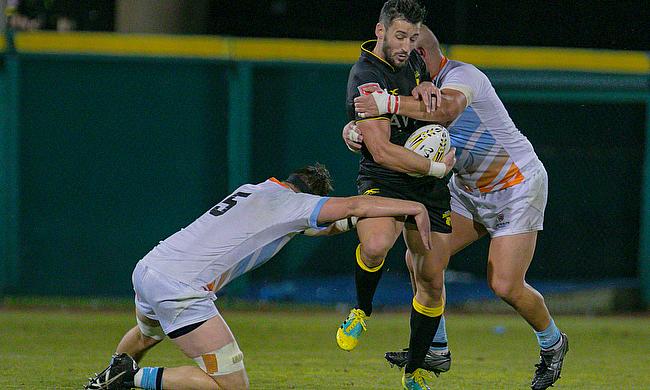 “It was definitely tougher, more physically demanding on the body,” began Windsor.

“You needed more skill, you couldn’t just be quick on a heavy track or in gale force winds.”

The 31-year-old played for ‘Club’ for two years, joining the side in 2010 as an opportunity to play with his brother, Richard, again. Finishing sixth in National One in his first campaign, Windsor played an integral part in Blackheath’s 2011/12 campaign in which the club finished third in the league.

Windsor remembers that his second campaign didn’t start as rosy as it ended: “We had a pretty tough start to the year and after we came back after Christmas, I think we lost to Wharfedale or Macclesfield. The next day we were in, Mike Friday tore absolute strips off us and made us do the RFU conditioning test every Tuesday before we started training.”

From there, Blackheath went on an 11-game unbeaten run and with each victory came a bonus point.

“Blackheath was a lot higher standard and professionalism than Sydney Club and Canberra Club was, so the fact that I’d had a bit of success there, gave me confidence that I could compete at a higher level,” mused the Australian.

Returning to his homeland after two years at the Club, Windsor came back to the northern hemisphere periodically to play for Worcester and Ulster, even providing injury cover at Leinster until moving to America.

Now a player/coach at the Houston SaberCats, Windsor is a star name in Major League Rugby, the United States’ premier rugby competition. Windsor still owes a lot of thanks to Blackheath for giving him a different rugby education to the one he had received in Australia.

“In Australia, when you play in and out of high school, it’s very attack focused and there’s not a lot of emphasis on set-piece. Blackheath gave me an idea of what it was like to play behind a strong forward pack with a good maul and a good scrum. I really enjoyed my time there and definitely learnt a lot.”

Blackheath travel to Rosslyn Park in what is a top of the table clash in National One this weekend, whist Sam Windsor starts his Major League Rugby campaign in Austin against the Austin Elite.