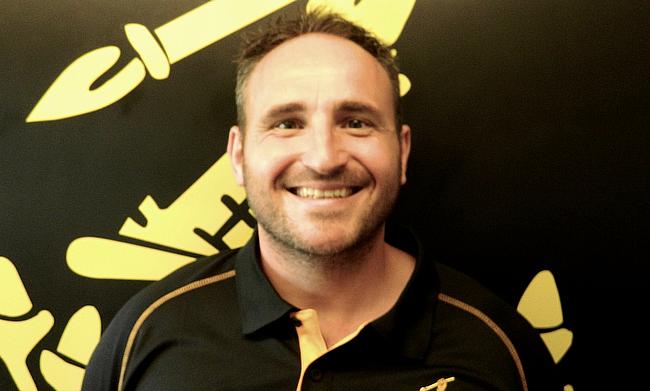 Tring’s Head Coach says their flying start in London and SE Premier is down to the set-up of the club.

Giles Wallis believes his Tring side are performing well this season because of the club ethos at Cow Lane.

The Tring Head Coach, who began his playing career with the club, has guided the Hertfordshire side to the summit of London & SE Premier after nine wins from 10 matches and he puts their fabulous start to the campaign down to the foundations at the club.

“I wouldn’t say it is just about this season, he told the NCA website. “I have the mantra that ‘The Whole Is More Than the Sum of Its Parts’. We have put a fantastic coaching team together and to be truthful, I knew in order to succeed we needed a solid structure at the club plus depth in the squad.

“With this in mind, one of our aims is to make the second team feel valued and there has to be a clear transition. They are competing well in their respective leagues and they get the same treatment that the first team do, so if boys drop up or drop down, then there is nothing different.

“We have seen rotations this year due to injuries and we have kept up our good form so we must be doing something right!”

Tring were crowned champions of London 1 North last season, but they have taken their new division by storm.

In fact, Wallis’ side have lost just three of their last 53 matches on their journey back to the fifth tier of English rugby and despite stating that Tring are taking each game as it comes this season, the current league leaders have greater ambitions in mind.

Wallis, who became Head Coach at Tring in 2015, added: “Winning becomes a habit and you have to expect high standards. I am not happy at being at a club where people think we should be between Level Six and Level Five.

“We are little old Tring, but I want Level Four and I hope that sort of passion transcends across the players, supporters and sponsors so we can reach for the stars and I think it does.

“In terms of the here and now, we are realistic. Of course we didn’t expect to be in this position after 10 games. We knew this was going to be a really tough league.

“The club have been in this division before and I have played in it myself, so we knew it was a lot more physical than the London leagues, but we have gone from strength to strength. We just keep evolving and obviously the next game is more important than the last one.”

Tring is a team close to Wallis’ heart and he is now taking them in the right direction.

Their only defeat this term came against Hertford at the end of September and with two of the top three sides to come over the festive period, Wallis insists his side can handle the pressure.

“We are enjoying the ride,” Wallis added. “We are used to winning, but there is pressure that comes with that. We have played one of the top four sides so far and we have still got to play the likes of Barnes and Guernsey in the coming weeks. But, the boys respond to the pressure.

“If we are looking out how we coach the team, we always want to be positive and we know momentum is everything. We are uncompromising. I want a team that can do everything so you have to be able to cope with the pressure if you want to be challenging towards the top.”

“We are under no illusions. Barnes and Guernsey are going to be tough, but where we are up on them slightly is the fact that we haven’t lost many games to the teams below us. They all have.

“Having said this, we all know the top teams will have to face each other at some point and anyone can beat anyone else at this level so we have to keep our momentum going.”