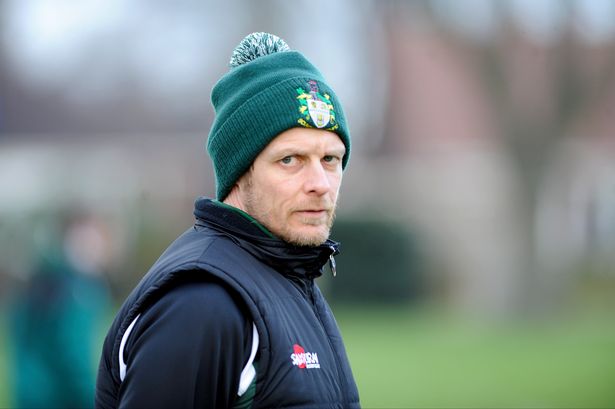 When Head Coach Tim Robinson arrived at Scunthorpe 10 years ago, reaching National Two was the goal of the club and the Lincolnshire side did achieve their aim in 2016.

But after promotion to the fourth tier, defeat to Chester on the final day of last season confirmed their immediate relegation back to National Three, but Robinson hopes his side can return to that level in the not to distant future.

“Obviously relegation back down to National Three has taken a bit of adjustment, but we are now starting to build momentum again,” said Robinson whose side currently sit seventh in the Midlands Premier table.

“We have continued to bring new players through our pathways at the club and we did struggle at the start of the season, but the last few games has seen us get better and the performances are improving.

“If we had stayed in National Two North last season, I reckon we would have competed much better this year, but we are where we are and the players have reacted well.

“You forget that National Three is a really strong league so we as a club need to get the foundations right. We do still have a core group of players who were part of the side that achieved promotion and that is key because they help in driving us back to where we want to be.”

After a spluttering start to the season which saw Scunthorpe pick up just two wins from their first five games, Robinson is delighted with the way his side have responded as they head into the Christmas break on the back of five wins from their last six matches.

At the beginning of the season, the Greens targeted a push for promotion and despite them sitting 12 points off the top two, Robinson insists the clubs ambitions have remained the same.

“We are a small club, but we are ambitious,” continued Robinson.  “We are at a stage in the season where we are very much in and around the top six.

“We have beaten some of the sides in the top four such as Sandbach and Peterborough Lions and we also ran league leaders Birmingham and Solihull very close at the start of the season.

“Having lost some big players due to a number of reasons, it has taken a while to get our game plan right again, but after changing a couple of things, you can see in our recent performances that we have been stronger in defence and going forward, we have looked dangerous across the field.

“Everything seems more settled and we have to continue targeting promotion. We are in a strong position and we need to keep building in January.