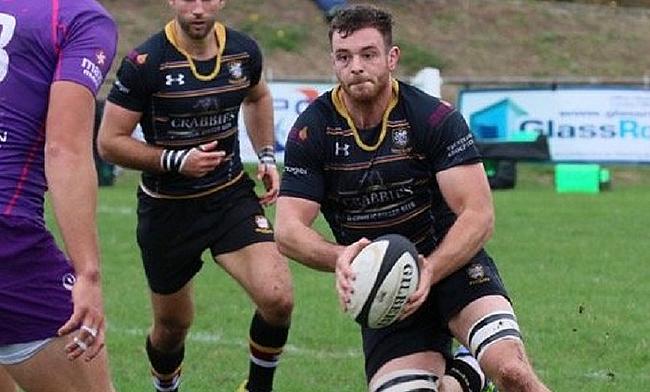 Chinnor take on Caldy in National One this weekend as the Wirral outfit aim to become the first side to defeat the early league leaders.

Matt Williams’ men have made a wonderful start to life at this level following promotion in May and the Oxfordshire side currently sit at the summit of the division after three straight victories.

Out to burst their bubble this Saturday will be a Caldy team looking to build on their positive start to the campaign. Back to back home wins will give Simon Verbickas’ side confidence as they go in search of their first away victory at Kingsey Road.

Alongside Chinnor, Old Elthamians are the only other unbeaten team as we head into Round Four and Gavin Lach’s impressive side travel to Rosslyn Park this weekend as they look to maintain their flying start.

Also, Cambridge will be looking to return to winning ways away at Esher while Sale FC host Bishop’s Stortford and Birmingham Moseley welcome Rotherham Titans to the Midlands desperate for their first victory.

Chinnor made it three wins on the spin last weekend as the newly promoted side continue to take National One by storm. Matt Williams’ men backed up wins over Plymouth Albion and Ampthill & District with a gritty victory against Cambridge and now the early league leaders are eyeing up a fourth triumph in a row.

The Oxfordshire outfit have lost just two of their last 32 competitive matches at Kingsey Road so Caldy take the trip south knowing the challenge that awaits them. However, Simon Verbickas’ side will arrive in good heart after a comfortable victory over Loughborough Students helped them return to winning ways. In truth, all three of Caldy’s performances this term have been strong and this weekend, they will be searching for their first away win since February to keep up their positive start.

Another marker was laid down by Old Elthamians. After excellent victories over Blackheath and Rotherham Titans in the opening two weeks of the season, OEs picked up another sensational result last Saturday. Gavin Lach’s side defeated last year’s runners-up Darlington Mowden Park to continue their fine start to the campaign.

The men from College Meadow are continuing to write new chapters in the club’s history as each game passes by and next on their agenda is a trip to Rosslyn Park. Like OEs, Park kicked off the season with consecutive victories, but they were unable to make it a hat-trick as they lost out to Rotherham last Saturday. Kieran Power’s men got off to a strong start to the season last term, but fell dramatically down the table so Park will be hoping to recapture that winning feeling in Round Four.

Both Plymouth Albion and Ampthill & District have been challenging for the top spot in National One for the last couple of seasons. It is fair to say both could be harbouring promotion hopes this term, but the clubs have had contrasting fortunes so far. For the A’s, two wins from their first three games is a decent start and a hard-fought victory over Esher last weekend lifted the Bedfordshire outfit into third place at this early stage of the campaign.

They’ll now be eyeing up a first away win of the term when they visit Brickfields, a venue that has been a fortress for Albion over the last couple of years. However, Kieran Hallett’s side have already been defeated twice in front of their own supporters this season – the most recent loss coming last week against Blackheath. It has been far from an ideal start for Plymouth, but if they are able to bounce back when they face a strong Ampthill side, that could be the catalyst they need to spark their season into life.

Two wins from their first three matches must be very pleasing for Paul Morris’ Cinderford outfit. The newly promoted side were defeated by Rosslyn Park on their return to National One, but successive triumphs over Birmingham Moseley and Sale FC will have given the Foresters a whole lot of confidence.

Another fantastic result see’s @cinderfordrfc lock into 4th place in the table ??!

This week the lads travel to @LboroRugby who currently sit at 14th but will be looking to put their season back on track! #rugby #cindydogs #backtoschool pic.twitter.com/W96nymIWpG

The Gloucestershire side will now be favourites when they travel to the Midlands this weekend to take on Loughborough Students. Alan Buzza’s men were well beaten by Caldy last Sunday and they are still searching for their opening win of the campaign after three defeats. The Students have done extremely well to avoid the drop in recent years, but they will be hoping to turn their fortunes around sooner rather than later to evade another battle for safety.

Darlington Mowden Park entered Round Three as the early pacesetters in National One, but they were stopped in their stride by Old Elthamians. In a tight game, OEs came out on top to inflict a defeat on DMP for the first time in 10 competitive matches. The task for Danny Brown’s side is to now dust themselves down and go again this weekend, but it won’t be easy away at Blackheath.

The hosts welcome Darlington Mowden Park to Well Hall after an excellent win away at Plymouth Albion. ‘Club’ could have had the victory pinched away from them right at the death, but a missed conversion made sure James Shanahan’s side returned to winning ways after losing their derby clash to Old Elthamians in Round Two. Without a victory on their home turf thus far, Blackheath will be eager to get off the mark this weekend against last season’s silver medallists.

Last weekend, it was a ferocious first period at Volac Park, but ultimately, Cambridge fell to a narrow defeat against Chinnor. In Richie Williams’ opening three matches, he has experienced a win, draw and now a loss so the Blood and Sand will be keen to add another victory to the ‘W’ column when they take the trip to Esher on Saturday.

At this very early stage of the campaign, Esher currently prop up the table after three successive defeats to begin the new term. The Surrey-based side have had a tricky start with fixtures against three of last season’s top five so they may well be targeting this match against Cambridge – who finished 10th last year – as a game in which they can achieve their maiden victory of 2018/19. Esher won eight of their 11 matches at home last term, but they did lose this corresponding fixture 13-10 back in December.

Sale FC may have felt an unusual feeling last weekend. For the first time since October 2017, Jonathan Keep’s side suffered a defeat as they were beaten by Cinderford at Dockham Road. Before that, the Manchester-based club hadn’t lost in 25 matches and they will be keen to bounce back immediately when they host Bishop’s Stortford this weekend.

Sale have not lost a league fixture at Heywood Road for 21 months, but Bishop’s Stortford will arrive in the north-west on a high. Andy Long’s men were winless after two games, but responded emphatically in Round Three as they thumped Birmingham Moseley to kickstart their campaign. Stortford will be hoping they can now back up their first win of the season with a victory on their travels this Saturday.

There may well have been a weight lifted off the shoulders of Rotherham Titans in Round Three. After relegation from the Championship in April, the Titans suffered back to back defeats to begin life in National One, but an inspired performance from Alex Dolly guided the Yorkshire side to their first victory of the new campaign last weekend.

Joe Barker would have been delighted to see his side get off the mark and they will be aiming for back to back wins for the first time since September 2016 when they visit a Birmingham Moseley outfit desperate to get their season up and running after three straight losses. Richard Protherough admitted his side “we’re their worst own enemies” against Bishop’s Stortford as they were on the end of a humbling defeat at Silver Leys in Round Three. Now, Moseley will be looking for an instant solution at Billesley Common in Round Four as the Midlands outfit look to put a tough first three weeks behind them.