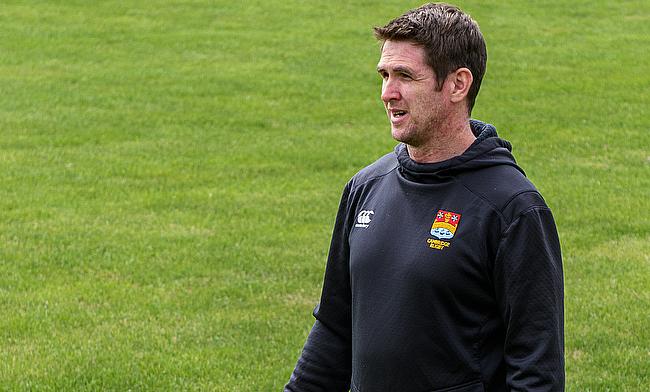 In Richie’s opening post, he runs through why rugby is such a massive part of his life and touches on what he has learnt in his career so far…

Thanks to Chris and Joe at NCA Rugby for allowing me a platform to share my thoughts around coaching and my particular journey. Writing is always something that I’ve found very cathartic and I hope that my path will resonate with players and coaches alike.

Growing up in South Wales in the 80’s and 90’s meant a pretty simple life choice; rugby or rugby. I fell in love with the game from a young age and the same passion and emotion remains today. “Passion is a gift, and a curse”. I am constantly drawn to this paradox on a day to day basis; as caring deeply about something can lead to great joy, it can also lead to great pain.

I was fortunate to attend a school that had a rich heritage of producing Welsh internationals and I quickly began to understand the DNA of what made successful individuals and teams.

This curiosity was fuelled every Saturday afternoon when I went to the Gnoll with my Dad, to watch Neath, ‘The Welsh All Blacks’; a team that were massively successful with limited resources. The rugby was pure, tribal to an extent. There was a real identity and connection with the town which made the atmosphere truly unique. We travelled home and away to places like Pontypool Park, Rodney Parade and my personal favourite, Sardis Road. It still evokes vivid memories.

The smells, sounds and tastes of these historical grounds.

Dad would always buy me a can of coke, a Mars bar and a hot dog, simple things. My fondest memory was being allowed the afternoon off school to watch Neath play the invincible All Blacks in 1989. A truly wonderful game in which Neath almost beat the world champions.

I played rugby to a decent level, representing Maesteg from the age of seven and then played representative rugby up to U18’s. The highlight was representing Welsh Students to play England Students in 2002 in which we were beaten heavily.

Whilst at university, I studied teaching and physical education. I was quickly exposed to the different coaching and learning styles and the theory behind good practice. Through my playing days, I was already beginning to formulate coaching ideas and took great pleasure in planning creative sessions which tried to replicate a fast-paced style of rugby that I liked to play and watch.

After graduating, I moved to Oxfordshire in 2002 to start a teaching post at King Alfreds’ Community and Sports College and it’s here where I accidentally collided with a coach that was to shape my whole notion of coaching.

Lynn Evans, a fellow Welshman, worked for the RFU and had played and coached at Oxford University amongst other clubs. I was immediately drawn to his passion, knowledge and understanding of the coaching process.

Lynn was a big advocate of coaching through small sided games and believed in collaboration with his players. Himself, and Pierre Villepreux, remain pioneers in the coaching world, and someone I’ve taken huge inspiration from. I fondly recollect his backs sessions at Chinnor RFC where he would challenge the status quo of traditional coaching.

My appetite for coaching continued to grow and I combined it with my teaching and playing careers. Like a number of young coaches, I tried to get as many different experiences as possible and that led me to roles at school level, university, women’s rugby and senior county within Oxfordshire and the South West U20’s. It was here where I was able to practice my craft, continue to develop, and more importantly makes mistakes. They were all safe environments which encouraged creative and divergent thinking.

I was starting to become more reflective and aware as a coach and began to establish my own identity and philosophy. A leap of faith was taken in 2012 as I relocated to Belgium.

I coached at Antwerp Rugby Club which opened up the doors to coaching at the Grand Prix 7’s with the Belgium Ladies team. I was operating well outside of my comfort zone, but consciously immersed myself into a new culture. It was a truly wonderful two years where I faced and overcame some personal challenges on and off the field.

I quickly learned and appreciated the importance of establishing a positive environment and saw the significance of a culture of growth and collaboration. It was here where I had to develop a high level of resolve and empathy with the players and wider club. I also became very aware of the phrase ‘Pick your battles’.

Me & @RichieWills10 are in the army now !!
Big two days ahead to select the @EngCounties20s squad 🏉🌹 pic.twitter.com/kfv9zR6EWO

The opportunity afforded me to widen my learning experiences, but to also recognise the importance of building relationships with people. In all honesty, I found the whole experience massively rewarding, notwithstanding some very difficult moments where I felt lonely and isolated.

Despite my external appearance, internally, I was in a constant battle with myself to be successful and win. This manifested itself in feelings of self doubt, where I struggled to get out of the ‘Rugby Bubble’ that I was living in 24/7.

On reflection, these moments have amplified how important it is for coaches to have strong support networks around them. Coaching can be a very lonely existence if you allow it to be. However, all of the external pressures that come with coaching are mitigated by the level of satisfaction that is presented when you see a team grow and develop.

A move back to the UK in 2014 shaped the next stage of my development. I was fortunate to embark on a five-year coaching opportunity with the England Counties U20’s which gave me some wonderful experiences and memories (I will share some of these in my next column). It was here where I was able to refine my coaching process and develop the ability to see the bigger picture. My heightened awareness also allowed me to see things from different perspectives; a really important trait when touring countries like Russia, Hungary and Georgia.

It’s very difficult to express in words how passionate I am about coaching, and helping develop people. I still find it a challenge to switch off completely, but I also feel my young family have given me a clear sense of perspective and purpose. I hope that my next few pieces will highlight the many different layers that I have develop, but also some of the tough lessons and mistakes that I have made.