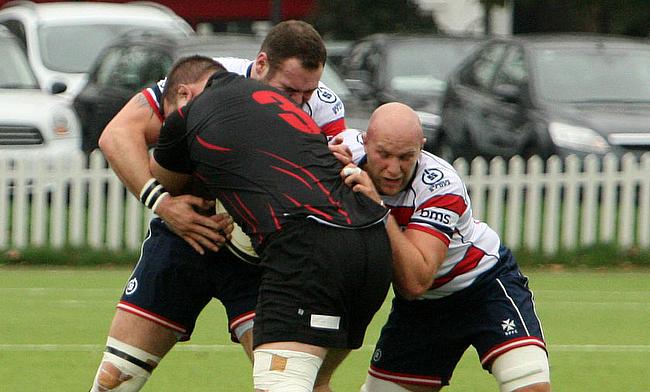 Coventry and Blackheath will do battle this weekend in National One as they aim to maintain their 100 per cent starts to the season.

Both Cov and Club have picked up three straight wins leaving them in second and third, respectively, but an ‘O’ has got to go this weekend in the Midlands.

Just above those two sides are Darlington Mowden Park, who are only side to pick up a maximum of 15 points. They won’t be too far away from proceedings at Butts Park as they take on Birmingham Moseley at Billesley Common.

Down at the wrong end of the table, Old Albanian and Hull Ionians face off as they look for their maiden victories of the season while Fylde take the daunting trip to Brickfields to play an in-form Plymouth Albion side.

Darlington Mowden Park continued their fine start to the new season last week with an assured performance at home against Cambridge. Danny Brown’s men made it three wins from three to top the table at this early stage of the campaign, but they travel to the Midlands this weekend to face a buoyant Birmingham Moseley side.

The hosts will certainly have a spring in their step tomorrow after claiming their first win of the term against Hull Ionians last Friday night. Richard Protherough’s men were excellent for large parts of that match and added to that, they head into this weekend having lost only four of their last 17 games on home soil. This will be an intriguing encounter at Billesley Common.

Once again in National One, we have an early season treat in store as second take on third this weekend when Coventry host Blackheath. The home side have been imperious thus far, but were made to work hard for their third win on the spin against Old Albanian last week. Rowland Winter’s men are back at Butts Park this week where they have won 15 of their last 16 matches so this will be a tough ask for Blackheath.

However, James Shanahan’s side will be used to tough challenges after three weeks of this term. So far, Club have faced Plymouth Albion, Rosslyn Park and Ampthill & District and come away with three wins. That has to be pleasing for the men from Well Hall, but Shanahan tweeted in the week that his side ‘made plenty of mistakes’ in their latest triumph over Ampthill. He’ll be hoping his team have ironed them out this week as they look to continue their excellent form.

It seems to be business as usual for Plymouth Albion. After a narrow defeat on the opening day against Blackheath, Kieran Hallet’s side have responded with two wins and 12 tries scored to get their season back on track. Albion have commanded their last two fixtures and they are back at Brickfields this weekend hoping to do the same against a Fylde side which is short on confidence.

Having said this, the Lancashire outfit are still adapting to life under Warren Spragg. Spragg took over from Paul Arnold in the summer and these things take time, but he will be the first to admit that three straight losses is not the perfect start. However, as Fylde’s Connor Wilkinson told us in the week, they have the quality to turn things around and a result on the south coast tomorrow would certainly be the boost the men from Woodlands desire.

Last weekend, Fylde were beaten by Caldy which left the Wirral side sitting pretty in fifth place after just three rounds. Simon Verbicaks will be delighted with the way his team has settled into National One following promotion in May, and they may fancy their chances of making it three wins from four this weekend when Cambridge visit Paton Field.

Caldy have lost just once in 16 matches at home so this will be a difficult challenge for Cambridge tomorrow, but one they are capable of overcoming. Ross Stewart will be hoping his side can recapture the performance they put in on the opening day when they beat Fylde because since then, the Blood and Sand have not tasted that winning feeling. With a newly promoted side taking on a team that performed superbly to avoid relegation last term, this result could be huge in Cheshire.

Esher do seem as though they have picked up from where they left off last term. Two wins from their first three matches is a decent start for the Surrey side, who responded well from a heavy defeat against Plymouth Albion by seeing off Rosslyn Park in Round Three. Like last year, Esher’s home form has been faultless so far, but now, it is all about translating that into their away performances, starting with their trip to Ampthill and District tomorrow.

The visitors have actually won seven of their last eight games and Ampthill may well be craving that sort of consistency right now. After finishing in third spot last season, the A’s have made a mixed start to this campaign – picking up seven points from their first three matches. A win, a draw and a defeat is where those points have come from, but they have a chance to really kick start their season in front of their own crowd this weekend.

If you had asked the Andy Long and his coaching staff whether Bishop’s Stortford would’ve taken two wins from their opening three matches at the start of the season, I think they would’ve bitten your hand off. The newcomers to this division have started very well by picking up important victories against teams they may well be battling against this term and travel to Rosslyn Park looking to take a scalp this weekend.

After such a promising start to the campaign for Park following a thrashing of Old Albanian, Kieran Power’s side have just gone off the boil slightly. Successive defeats against Blackheath and Esher will have been frustrating for the London based-side, but they return to the Rock this Saturday with the sole focus of gaining their first victory of the season on their own turf.

Director of Rugby Gavin Lach told Old Elthamians’ club website last week that they were desperate to just get their first win at this level following promotion from National Two Sout. Sure enough, OEs delivered in Round Three following a convincing display on the road against Fylde. Now, they have got their first maiden win at this level, OEs can build from here and a home fixture against Loughborough Students could be the perfect opportunity.

Like last year, Loughborough have been very patchy. A win and two defeats to start the season echoes their inconsistencies over the last 12 months and they will be keen to put that right as soon as possible. Students were beaten by newly promoted Caldy last weekend so they will not want a repeat of that result tomorrow against another newcomer as the Midlands outfit go in search of their first away win since November of last year.

Something has got to give this weekend when Old Albanian host Hull Ionians. Both sides are yet to secure their first win of the new season and as the weeks pass by, that victory is becoming more and more vital. For the home side, Old Albanian, they are still adjusting to life under Gavin Hogg, but they do seem to be improving. That was highlighted by a very strong outing against Coventry last Saturday and if OAs put in that sort of performance tomorrow, then they should clinch their opening triumph of the campaign.

Hull Ionians will be equally as desperate to get off the mark. The I’s have conceded 19 tries in their three matches so far, but did rally back last Friday against Birmingham Moseley which would have been pleasing for the men from Brantignham Park. However, they will want to stretch out that sort of belief over a full 80 minutes as they aim for back to back wins over Old Albanian.