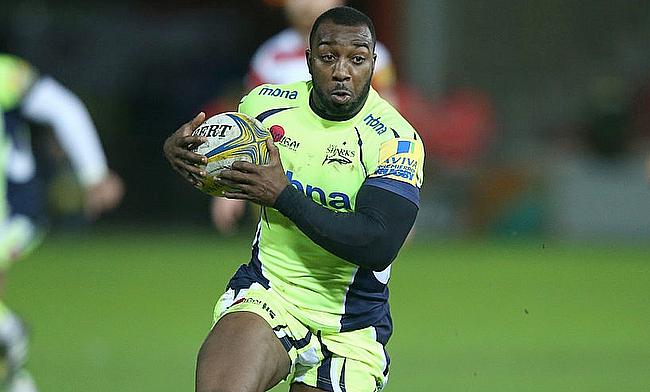 Rosslyn Park’s Neville Edwards hopes the Black Lives Matter movement will result in something tangible and he believes it is a positive step towards a change in society.

The death of George Floyd in Minnesota has resulted in a global push for racial equality, with sport also playing a vital role in promoting an important message.

Edwards, who has played in the top three tiers of English rugby, says the current conversations around racism are on the right track, but admitted it is disappointing to still be discussing the issue in the 21st century.

“It is a bit frustrating for me as a black human-being that I still kind of have to justify things and explain myself and things like that.

Edwards also revealed that he has personally suffered racial abuse during his career and the 32-year-old admitted if he was subject to that kind of discrimination again, he would walk off the pitch.

The National One player added: “I have experienced that and from a fan perspective, I have experienced it where fans have chanted horrible things at me before and because I was so young at the time, I could hear it, but I was so wrapped up in the game.

“Now when I look back on it, I think to myself, how is that allowed? Why has no-one else recognised that? Why is no-one else speaking up for this matter? Footballers experience it quite a lot and really, nothing has been said. We are in position now that we should be voicing that that opinion.

“If something like that was to happen now because we are a decade past what happened to me, I’d definitely be walking off the pitch and speaking to the ref. It is just not acceptable.

Neville, who returned to Rosslyn Park at the start of the 2018/19 campaign, believes educating people on the topic of black history can play a part in the positive change, which in turn, could filter into sport and into rugby in particular.

“At my school, I didn’t learn that much black history,” Edwards said. “I learnt a little bit, but not enough. It is something which should be there because if you think about November 11th at 11am, we have the minute’s silence to remember the World War which I really, really respect, however when you have encouraged other cultures to come over into your country, you do have to respect their beliefs as well.

“The problem is people don’t actually know what’s gone on in the past so that is a massive thing.  That could then filter into rugby and having the RFU enforce that would really help.”