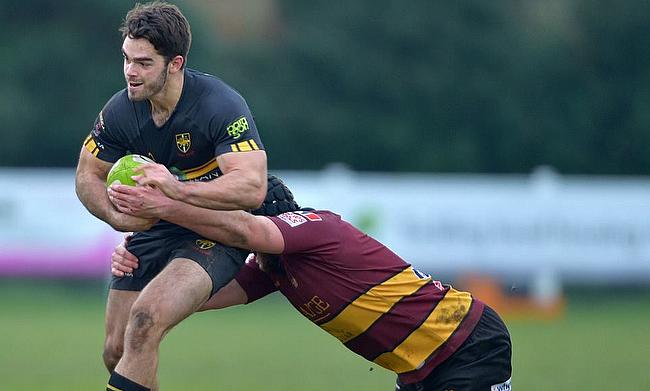 Esher and Loughborough Students will be looking to secure a crucial victory when the sides meet at Molesey Road on Saturday.

As things stands, Esher are one point above the relegation places in National One following an excellent win over Sale FC in Round 13 while Loughborough travel to Surrey off the back of a superb result against Chinnor.

The Students do sit at the foot of the table, but they are only three points from safety so a win over Esher this weekend could lift them out of the bottom three.

Alongside Loughborough in the drop zone are Bishop’s Stortford and Plymouth Albion and they take on Rotherham Titans and Sale FC, respectively, in Round 14 while rivals Birmingham Moseley are away to Ampthill and District.

At the summit of National One, Blackheath will be aiming to stay in pole position when they welcome fellow promotion candidates Chinnor to Well Hall while second-placed Old Elthamians go to Cinderford.

It wasn’t the most complete performance by Blackheath in Round 13, but James Shanahan’s side were able to grind out a narrow victory against Bishop’s Stortford to stay at the summit of National One. ‘Club’ extended their unbeaten run to seven matches at Silver Leys and they have the opportunity to continue their momentum against one of their fellow promotion challengers this weekend.

Four points behind Blackheath are Chinnor and they would have been massively frustrated to fall to a defeat at Loughborough Students last Saturday. Matt Williams’ side were beaten in a thriller against the division’s bottom club, but they did come away from the Midlands with two-bonus points which keeps them in touch with the front-runners. If Chinnor were to become the first side to beat Blackheath for two months, then they could move to the top of National One.

Old Elthamians are level on points with Blackheath once again as the second-placed side produced a superb display last Saturday. Gavin Lach’s men dispatched Caldy with minimal fuss as OEs continue to keep pace with their near neighbours at the top of National One.

Like Blackheath, OEs are on a seven-game unbeaten run, but looking to burst their bubble will be Cinderford in Round 14. Paul Morris’ side enter this fixture without a win in three matches and their recent dip in form has seen them slip down to ninth in the table. However, the Gloucestershire outfit did show their qualities when they drew with Blackheath earlier in the season so Cinderford will be hoping for a similar performance when they host another title contender.

A win is a win and Rosslyn Park would have certainly taken their victory against Ampthill and District in Round 13, despite it not being a classic at the Rock. Kieran Power’s men narrowly beat their fellow promotion candidates to move to within four points of the top two as we approach the halfway point of the season.

Park have actually only lost one of their last seven matches, but their trip to Cambridge this weekend will be far from straightforward. Richie Williams’ side come into this clash at Volac Park on a high after a brilliant performance away at Darlington Mowden Park last Saturday. The Blood and Sand have now won three of their last four matches which has lifted them into the top half. However, Cambridge will be keen to improve on their home record as just two of their six victories this term have come on their own patch, but with confidence behind them, they are more than capable of denting the promotion aspirations of another side in this division.

Two contrasting victories for Rotherham Titans has kept them in touch with the front-runners in National One. A thrilling win over Caldy was followed by a gritty display against Cinderford in Round 13 and it means Joe Barker’s men are just six points off the leaders as they prepare to travel to Bishop’s Stortford this weekend.

In our latest edition of Titans TV we speak to @danpr666 Ali Thomson, Luis Ball and Zak Poole. Check out what they had to say here: https://t.co/RMtL7shvK5 pic.twitter.com/5ElpCrsrW0

It has been the perfect response from the Titans after back to back defeats against Ampthill and Cambridge, but Bishop’s Stortford will provide another stern test for the Yorkshire outfit. The hosts ran table toppers Blackheath extremely close last Saturday, but they couldn’t hold on for the win as Stortford slipped back into the bottom three. Andy Long’s side are only two points off safety as things stand so just their second win since the beginning of October could see the Hertfordshire club move out of the relegation places.

Ampthill and District’s away woes continued in Round 13. The A’s suffered a narrow 10-6 defeat against Rosslyn Park which ended their five-match unbeaten run and put a slight dent in their promotion aspirations.

The Bedfordshire outfit are six points behind the league leaders, but their form on the road will take a back seat this week when they host Birmingham Moseley. Ampthill have triumphed on six occasions at Dillingham Park this term, but a buoyant Moseley side will be taking the journey via the M1 after the Midlands club moved out of the relegation places. Back to back wins for Richard Protherough’s men leaves them three points clear of the drop zone and Moseley will be hoping they can continue on their upwards trajectory this Saturday.

It has been a tough month for Caldy. Simon Verbickas’ men were firmly in the mix for promotion in the middle of October, but since then, the Wirral outfit have slowly faded into the background. Just one victory in their last five games has seen Caldy drop to seventh in the table and they are now 10 points off the leaders as we head into Round 14.

Having said this, it is far from doom and gloom for Caldy because they are still having a good season, but they will be keen to halt their slide when they entertain Darlington Mowden Park on Saturday. Prior to their fixture with Ampthill in Round 12, DMP were edging themselves towards the back of the promotion race following successive victories against Plymouth Albion and Esher. However, defeats against Ampthill and Cambridge mean they are now 13 points behind the front-runners so they will be eager to return to winning ways in Cheshire this weekend.

It was another narrow loss for Sale FC in Round 13. Despite a tremendous second-half fightback, they slipped to a home defeat against Esher and Jonathan Keep’s side will now be keen to get themselves on the right side of these close results. The men from Heywood Road have won just one of their last six games and they are only six points clear of the relegation places heading into this clash with Plymouth Albion.

Speaking of the bottom three, Plymouth currently occupy a position in the drop zone. Kieran Hallett’s side suffered their sixth straight loss in Round 13 and their defeat to Birmingham Moseley means they are now one point from safety. After finishing in third place last term, Albion have really struggled for consistency this year so they will be desperate to stop the rot against Sale FC on Saturday.

Christmas is a time for goodwill to all men, but Esher and Loughborough Students won’t be handing out any early gifts this weekend. Both sides are currently at the wrong end of the National One table, but both picked up superb wins in Round 13. Esher defeated Sale FC to move out of the relegation places and up 13th and now they have an opportunity to continue distancing themselves from danger when they host one of their rivals.

Classic Lboro keeping everyone on edge just until the end. ??

Thanks @ChinnorRugby for coming and for a very good game.

However, Loughborough will arrive in Surrey in a confident frame of mind. Alan Buzza’s side have been very impressive over the last month or so which culminated in a superb victory over possible promotion candidates Chinnor last weekend. The Students have picked up 21 of their 23 points in their last seven games and a victory at Molesey Road on Saturday would lift the Midlands club out of the bottom three.