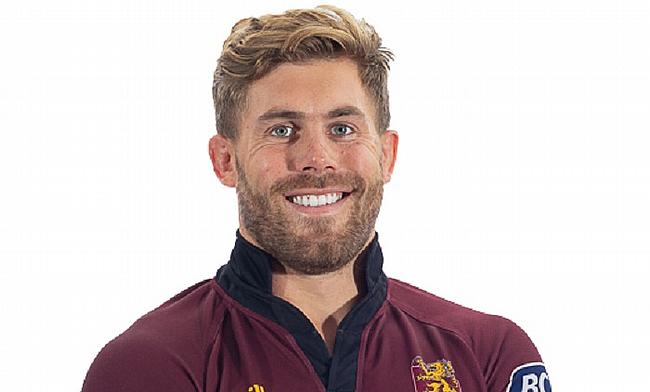 Billy Johnson has declared every match for Ampthill and District feels like a “must-win” as they continue to challenge for the title in National One.

Ampthill have racked up five straight victories since the beginning of January, but Johnson believes the Bedfordshire club must avoid looking too far ahead and treat their remaining eight games individually.

This weekend, Ampthill have the chance to move level on points with OEs if they can secure a bonus-point win from their game in hand against Caldy and the club captain is focused on victory.

“Each week you feel like it is a must win and you breathe a sigh of relief when you get that win,” Johnson said.

“You have to think the next game is the most important of the season because any games after that, unless you get that win, become a bit insignificant. We are treating every game as hugely important at the moment.

“Primarily a win is key and, if we’re playing well enough, we can kick on to get the bonus-point.”

Over the last two weeks, Ampthill have managed to grind out bonus-point wins against Bishop’s Stortford and Cinderford to remain on the heels of OEs.

“Usually, it is just about getting the wins on the board,” he added.

“I don’t know whether the coaches think like that as well, but for us as players, we probably recognise the importance of these two wins. The last two weeks have been significant, especially down at Cinderford where we literally scored in the last play of the game to get the bonus-point.

“We do realise that wins might not be enough, which probably puts a bit more pressure on us to pick up bonus-points!”

Ampthill – who gained promotion into National One in 2015 – have finished in the top four in each of the last three seasons, but this year is their strongest title challenge and Johnson admits the club are moving forward.

“I think the aim was to look on improving on the previous year,” said the skipper. “We looked to finish in the top two, but as the season progresses, you begin to think you are in the hunt for it [promotion]. It would be nice to win the league as whole!

“I think in terms of league position, we are probably where we want to be. We are on target for our original aim, but with all of these things, it’s about winning one game at a time.”

Johnson joined Ampthill in 2017 and he believes this season’s squad is more rounded, with the right blend of experience and youth.

The A’s have a strong link with Premiership champions Saracens and during the campaign, players such as Ollie Morris and Jon Kpoku have featured at Dillingham Park.

“There is a good mix in there,” Johnson said. “It is important to have a spine in there which has been around the team for a fair while, which I think there is now. We mix that in with some of the young Sarries lads that have come in and been good for us this year.

“The experience we also have with some of our Tongan friends has been pretty crucial as well! It feels a more balanced squad than last year which is showing.”

IN FOCUS: @AmpthillRufc's new recruit @tongauiha chats to us about his move back to Bedfordshire, his career in the game and the challenge of National One #Nat1 pic.twitter.com/lMnoLhsEHo

Johnson’s own wealth of experience cannot be underestimated either. Having also represented Old Albanian, this is his seventh season in the National Leagues.

He also played for Bedford Blues for one term in the Championship and the Ampthill captain may well be hoping to return to the second tier with his current club this year.

This weekend, the A’s host Caldy and since the beginning of last season, Ampthill have won 22 of their last 26 matches at home.

In 17 of those victories, Mark Lavery and Paul Turner’s side have secured a bonus-point and they will be hoping for a similar outcome when they entertain 13th placed Caldy on Saturday.

Johnson added: “You always have that little bit more confidence when you are at home, but you have also got be a bit wary of complacency.

“You’ve got to put in the performance and use a bit of home advantage to get the win. Caldy are a very good team because they beat us up at their place, so we certainly won’t be taking anything for granted this weekend.

“From our league position, we are in it [title race] at the moment. There is a bit of ‘yes we can go on and win it’ but you have to take it week on week.

“It is a massive cliché, but all you have to worry about is yourselves. You may be lucky and some results might go your way, but it is about focusing on ourselves and not getting too excited and looking too far ahead because anything can happen in the space of a week.”