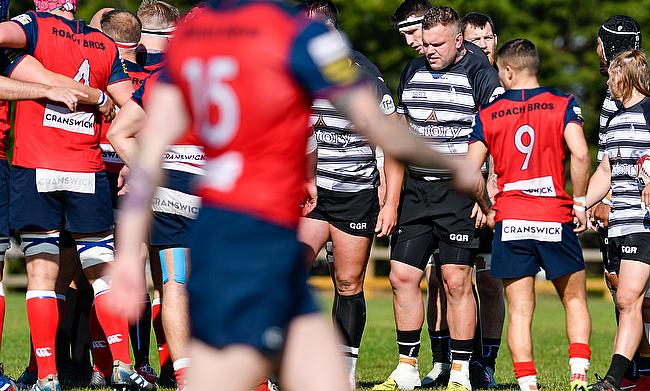 With the rescheduled Six Nations and Autumn Nations Cup just around the corner, you can actually get your first fix of international rugby this weekend and it will be of interest to followers of the National Leagues. (Photo Credit: Simon Cooper)

It comes in the form of Poland’s friendly with Ukraine on Saturday – the first Test match in Europe since lockdown – and many of the players who have featured for Poland in recent years have been scooped up from the National Leagues.

This method to keep Poland’s international programme heading in a positive direction seems to be a fruitful one.

In Brendan Gallagher’s recent article for The Rugby Paper, he cited Poland’s excellent win over a ‘fast-improving’ Switzerland side in the Europe Rugby Trophy last season.

The Union were also able to stage the Polish Cup back in June and July due to the low levels of Covid-19 in the country and some National League names have also experienced the domestic scene in Poland.

Chinnor’s Tom Fidler has played for Ogniwo Sport, who are based just outside of Gdansk, whilst Tynedale’s Ross Cooke has represented Sparta Jarocin.

Irish coach Duaine Lindsay told The Rugby Paper: “The lads have been coming in and out regularly this summer and showed fantastic commitment to Polish rugby, which has been much appreciated by the domestic players.”

Adam Michaelson is behind the idea of bringing National League and community level players into the Poland set-up having recognised a whole host of Polish surnames when scanning team line-ups in The Rugby Paper on a Sunday morning.

“Polish surnames are very easy to spot so I soon drew up a list of those players at a decent level,” Michaelson told TRP.

“Then I would access the club’s websites and often there was a reference to an individual’s Polish heritage in the player notes. I basically compiled a Polish dossier.

“The next step was to phone the club secretary and ask permission to approach those players to confirm the suspected Polish connection and see if they would be interested in putting themselves forward for the land of their grandparents and occasionally parents.

“We held a Polish rugby trial at Rosslyn Park last year and that flushed a few more out and now there is a good deal of word of mouth coming into play.”