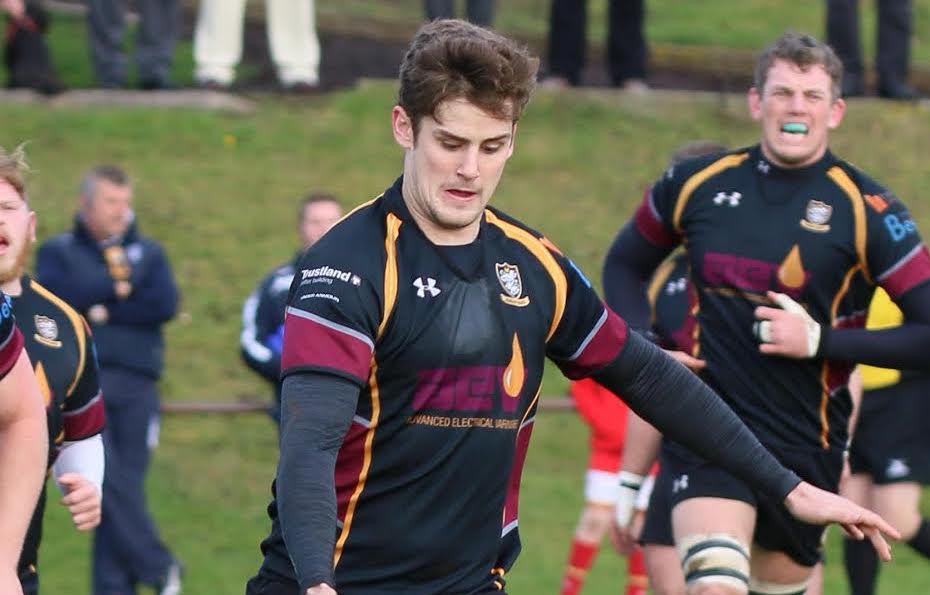 Jack Lavin, who moved from Caldy to Esher over the summer (also former Lancashire and England Counties fly half / centre) broke his neck in training last month.

However, with some good fortune and excellent on the spot care from the Esher physio team and the Ambulance paramedics the damage was limited to a fracture of two vertebrae with no damage to the spinal chord.

Jack was operated on the following day and is now in a period of recovery and in a neck brace. He has suffered no lasting damage and has recently returned to work as a property agent in London.

Whilst it’s early days Jack is hopeful that he will be able to return to playing rugby in future although this is highly unlikely during this season.

Jack said “I was really enjoying pre-season with a new club at Esher and a great bunch of players & coaches. I’m disappointed not to have been able to pull the Esher shirt on in a competitive fixture for the foreseeable future, but we shall see how my recovery goes over the coming months. I’d like to say thank you to everyone for their support and best wishes during what has been a difficult few weeks”.