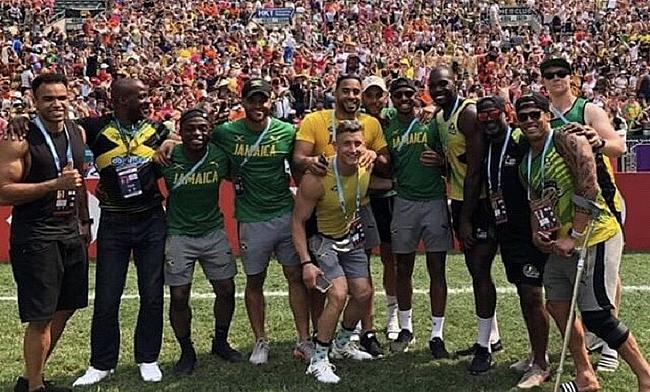 “It’s bittersweet. I think that’s the best word for it,” Jamaica coach Ricky Khan began. “We achieved quite a lot and it was disappointing not to get to the Olympics on that shot, but the important thing is that we do have another shot and we’ve got to prepare ourselves as best as possible.”

Reflecting on Jamaica’s loss to Canada in the final of the Rugby Americas North event that took place in the Cayman Islands, a win would have resulted in Jamaica securing a place at the 2020 Olympics in Tokyo. Khan is positive about the team’s chances next year in a repechage tournament that will feature the likes of France and Ireland.

“Going to the repechage is brilliant, because again we’ve advanced ourselves and we still have a chance. Going to the Rugby Americas North final was awesome. To have had that shot, to have maybe turned over Canada, it would have been brilliant. We’d have been at the Olympics.

“The good thing for the union is that it’s not just the men that have managed to get there. The women’s side has done it as well. They lost to Mexico in the final, who they had beat in the group stages, but then lost later on.”

First time Jamaica is winning a game in the Sport of Rugby at Pan Am Games.

This also comes against a Tier 1 Rugby Nation. The first time ever.

Another stride made and another step towards being on the World Sevens Circuit.

It has been a good couple of years for the Jamaican sevens team, playing at the Commonwealth games on the Gold Coast last year, as well as the Rugby Sevens World Cup in San Francisco. The side are slowly on the rise.

Also playing at the Hong Kong Sevens earlier this season, the team have qualified for the legendary event once more thanks to their exploits in the Cayman Islands. There has even been a noticeable improvement through the season. For example, when the side was in Hong Kong, they lost heavily to Uruguay, but vanquished those daemons with a 14-10 victory at the Pan American Games last weekend.

Approached by former London Welsh and Cornish Pirates player Ashley Smith to take on with the team, Khan mixes his role with Jamaica alongside being the backs coach at National One side Chinnor.

Working with Matt Williams, Khan has seen the club progress during his six years with a team that is making national headlines with some of their recent signings. With Championship stalwart Laurence May and former Samoa captain Ofisa Treviranus joining the ranks at Kingsey Road, you can be forgiven for thinking that the side is one of the favourites to take the National One title.

Enjoying a good first season in National One, Chinnor finished 10th overall. Khan says that although the coaches were happy with maintaining their place in the third tier of English rugby, they have had to add more depth after being ravaged by injury in the second half of last season.

“There was a raft of injuries and we lost the momentum that we had built up before Christmas and by the end of the season, although we weren’t in the relegation battle, after we broke it down, we were disappointed.

On a dull day cheer yourself up by looking at the album of preseason training shots taken when the?? was out!!! Full album is the website- thanks Aaron. https://t.co/2960voo67O pic.twitter.com/xnInY4A7cS

“At one point, I think five of the eight forwards on the park were front-rowers.” Khan explained. “We had to get out on the park and put out a competitive side. That’s what Matt has done for us this year, created more depth, which has then created a lot more competition for positions and that is hopefully going to put us in a strong position, not only in the first half of the season, but all the way through the second half of the season as well.”

Having coached the likes of Danny Cipriani and Christian Wade in the Wasps Academy, Khan is certainly a man that knows how to get his backs firing. Craig Holland finished the season as the top try scorer in National One, having crossed the whitewash on 25 occasions.

With even more high-quality editions, Khan says that all the credit lies at the door of Matt Williams and the clubs’ board: “Matt has done an amazing job with our CEO and board to try and build Chinnor up and we are very much on the map now,” Khan said.

“I remember Chinnor going years back and I knew it as locally being a good club. But now in the National Leagues, we’ve turned over some big teams. We beat Plymouth in the first game of last season and I think we’ve established ourselves thanks to results like that.

“We made some headlines last season and again this year everybody is going to be ready for us. We have to embrace that and we’re having a really good preseason.” Khan continued. “It’s especially exciting for me as a backs coach. I already had some decent backs, but to have added a few more players to that is great.

“I could list all the players, but then it would become an article just about that. It is amazing to be working with all these players, but that’s only one side of it. We’ve still got to create the culture and the drive to have a good season. That’s what we’re aiming to do.”