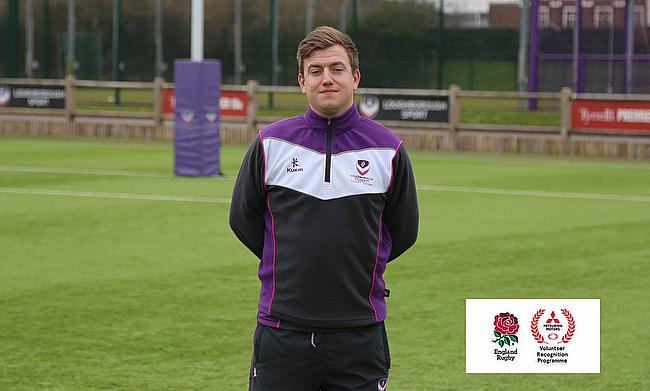 Media and Marketing lead Ryan Stevens has been nominated by England Rugby and Mitsubishi for Volunteer of the Year in recognition of his hard work for Loughborough Students.

After a year which culminated in the Students securing their status in National One once again, the nomination for Ryan is another plus point for the Midlands club.

Volunteer of the Year aims to reward some of the most valuable assets within a rugby organisation for their time, effort and expertise.

Stevens organises volunteers for match day and is in charge of match day coverage for Loughborough’s BUCS Super Rugby and National League One games.

Stevens said: “I’m proud to be nominated for volunteer of year. I received the nomination while I was studying for my exams and it came as a complete shock that I got nominated.

“A lot of my friends and family have mentioned the nomination to me and have said how proud they are, which is a really nice thing to hear.

“I personally love studying, working and volunteering for Loughborough and I can’t think of anywhere better to work.

He added: “I think the best thing about Loughborough is the staff and volunteers who make everything happen. When you start to work behind the scenes, you notice the dedication and hard work that everyone puts in for their respective roles.

“To be honest, it does mean a lot for me to receive this award. I’ve recorded roughly 700 hours of CVA (Coaching/Volunteering Academy hours) into working with Loughborough Students RFC and its nice to see my hard work has been praised.”