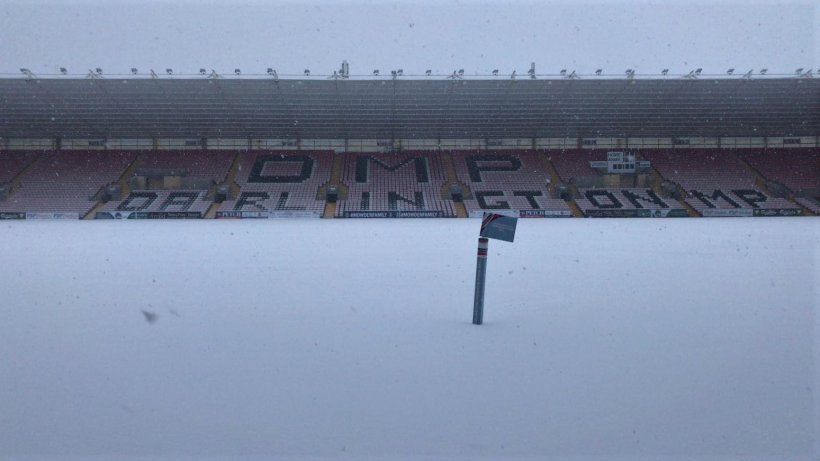 The adverse weather has caused a huge number of this weekend’s National League Round 24 fixtures to be postponed.

In total, 21 of the 24 matches have been called off across the three divisions so far. National One has seen six matches cancelled and National Two South has lost seven games while there are no fixtures in National Two North.

Some key matches do remain in National One as bottom of the table Fylde host relegation rivals Old Albanian while Birmingham Moseley visit Loughborough Students.

Meanwhile in National Two South, an in-form Wimbledon travel to Redingensians looking to continue their revival.

Please note that some of these fixtures may still be called off before Saturday afternoon. Please continue to check the NCA Rugby website and the Twitter feed for the latest.

Nick Foster told us this week belief is still high amongst the Old Albanian squad that they can avoid relegation from National One this season. The full-back is hoping his side can overturn a 12-point deficit between themselves and 13th placed Hull Ionians as OAs aim to secure a third consecutive season at this level. Gavin Hogg’s side have a real chance to close that aforementioned gap over the next two weeks with games against Loughborough Students and of course Fylde, this weekend.

It's all thanks to our microclimate on the coast and, of course, our very special FGP … That photo was taken at 13.00 today. https://t.co/cuRatcCqyQ

Whilst both Old Albanian and Fylde find themselves in the bottom three, their situations are not similar. OAs still have a good chance of beating the drop, but for Fylde, it is not as straightforward. The Lancashire outfit are 26 points from safety as things stand and time is starting to run out. Head coach Warren Spragg has said his team will keep on fighting until it is impossible for them to stay in this division and a fourth victory of the season would delay what unfortunately seems to be the inevitable for Fylde.

It is an all Midlands affair this weekend when Birmingham Moseley travel to Loughborough Students. Last Saturday, Moseley were left disappointed as they felt some decisions went against them in their defeat to Plymouth Albion. However, Richard Protherough’s side would have been more frustrated that they were unable to manage the final quarter of the contest which saw Albion snatch victory. After wins over Bishop’s Stortford and Fylde, hopes of a top six finish were dented last week, but they have the chance to bounce back immediately against relegation threatened Loughborough Students.

Victory for Hull Ionians last Saturday saw the Students slip into the bottom three and Alan Buzza’s side are now two points adrift of safety. They have also won just one of their last seven games, but Loughborough can respond immediately as Hull’s match with Cambridge has been postponed. The Students now have to concentrate on this clash with Birmingham Moseley as they aim to jump out of the relegation places with a sixth home victory of the campaign.

Due to the problems the ‘Beast from the East’ has caused across the National Leagues fixtures, Redingensians have decided to book an artificial grass pitch at Maidenhead RFC for their clash with Wimbledon. The in-form Rams will be eager to play on any surface as they picked up three straight wins against Broadstreet, Old Redcliffians and Barnstaple in February. Seb Reynolds’ side are having a fabulous campaign and a top three finish now seems to be their aim between now and the end of the season.

IMPORTANT NEWS : As all our pitches are likely to be frozen on Saturday 3rd March we have booked the Artificial… https://t.co/kxilvtSKQK

In contrast, Wimbledon’s goal for the remainder of this term is to stay in this division. The Dons are certainly on course to fulfill that aspiration as six wins from their last nine games has completely turned their season around. The men from Barham Road secured just one victory from their first 16 matches at this level, but now they find themselves just five points from safety with seven games left in the season. Wimbledon have been excellent of late, but can they continue their fine form against one of the top clubs in the division?