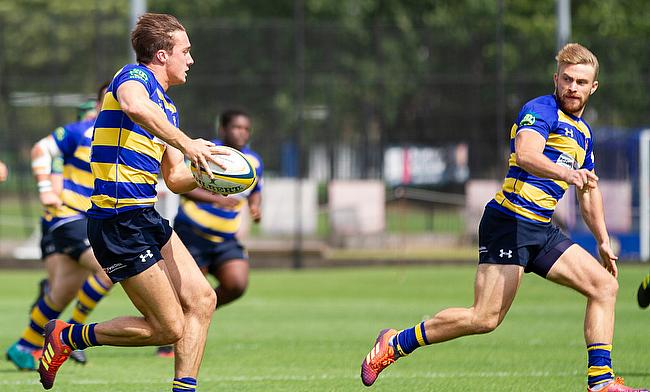 The new National One season gets underway this weekend and after an enthralling 2018/19 campaign, can we expect more of the same this year? (Photo Credit: Ian Carter)

From potential title candidates to the new teams on the block, we take a look at the upcoming season in the third tier of English rugby.

Who will be going for top spot?

They took the title race to the final day of last season, but in the end, Old Elthamians were unable to pip Ampthill and District to top spot. Nevertheless, it was a superb campaign for OEs and with Gavin Lach and Sam Howard at the helm, expect the Mottingham club to set their standards even higher this year. OEs have revamped their squad during the summer and have recruited some excellent Championship talent, which may indicate their intentions for the upcoming campaign. Optimism will be high at College Meadow and after racking up 115 points last term, OEs will be raring to take the next step in their remarkable rise.

After an unsettling summer, Richmond now know their immediate future will be spent in National One. The London-based side had appealed against their relegation from the Championship following Yorkshire Carnegie’s reported financial issues, but despite battling to stay in the second tier, Richmond have had to accept the RFU’s decision. Director of Rugby Steve Hill told us last month the club were ‘frustrated’ and ‘disappointed’ by the outcome, but their focus is now on bouncing straight back as they enter National One for the first time since 2015/16.

Richmond Director of Rugby Steve Hill admits it has been a ‘very challenging’ summer for the club, but now they are focused on the new #Nat1 season.

For Rosslyn Park and Blackheath, they will be hoping to pick up from where they left off last season. Both clubs had very strong campaigns and have to be in the conversation for promotion this time around. For Park, they were firmly in the title race heading into April, but fell away whilst Blackheath will be more than aware that a little bit more consistency could give them the extra edge. Rosslyn Park have also brought in a number of talented players ranging from Championship to university level so Kieran Power’s side will certainly be a team to watch this term.

Matt Williams and Chinnor are expected to challenge towards the top end of the division this season after an excellent debut campaign in National One last year. Williams has been integral in the progression of the club and some of the signings they have made during the summer – including Ofisa Treviranus and Laurence May – suggest they mean business.

Darlington Mowden Park are another side which have strengthened since May as they look to replicate the season they experienced in 2017/18. Danny Brown’s side finished second behind runaway champions Coventry, but last term, their slow start hampered their top spot ambitions. However, with some exciting additions arriving in the North-East, DMP do have the tools to challenge at the summit.

Last Christmas, around eight or nine teams were all in contention for promotion from National One including Rotherham Titans. The Yorkshire club had suffered relegation from the Championship and after eventually finishing 2018/19 in fifth place, the Titans may feel the experience they gained last season will make them a different proposition this year under the guidance of Martin Jenkinson.

Plymouth Albion will also be hoping to be in the mix at the right end of the table. A change in coaching staff sees Ben Guillvar enter the hot seat at Brickfields and he is joined by Exeter Chiefs’ Gareth Steenson as Albion look to mount a challenge back to the Championship after an excellent second-half of last season.

Keep an eye out for Cambridge, Sale FC and Birmingham Moseley too. Last year, all three teams were tasked with avoiding the drop zone and whilst it went down to the wire for Cambridge and Moseley, the three sides were able to secure their status in National One for another year. All three clubs have strengthened – with Moseley bringing Adam Balding in as their new Director of Rugby – during the off-season which suggests they are aiming to push on and challenge for a top half finish or higher.

Welcome to National One

Promoted as champions of National Two North, it is a return to the third tier for Hull Ionians. Under the stewardship of Martyn Wood, the I’s bounced straight back into National One but it will be fresh start at Brantingham Park as Mike Umaga will the lead the team after Wood’s departure to Yorkshire Carnegie.

The two sides that came up with Hull Ionians are both from National Two South in the shape of Rams and Canterbury. The Rams stormed to the league title last term and Seb Reynolds’ has bolstered his squad with some astute signings as has Andy Pratt at Canterbury. The City Men defeated Chester in the National Two play-off back in May and both clubs will be looking forward to their maiden campaigns in National One.