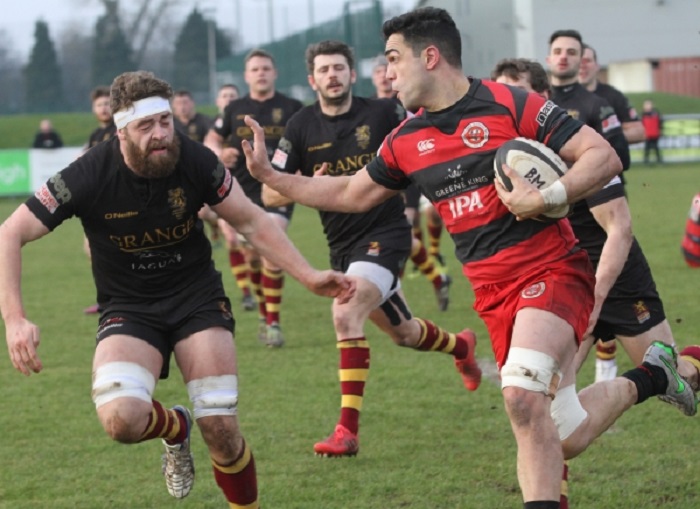 We take a look at the runners and riders in National One for this upcoming season.

It’s been 118 days since Old Elthamians clinched victory over Sale FC to earn a place in the third tier of English rugby and now a new National One campaign is all set and ready to get underway.

Last year, we saw utter dominance from one side while down at the bottom, it went right to the wire but arguably, this is the most anticipated season in recent times.

Hartpury College broke record after record on their way to achieving an unbeaten season as 30 wins from 30 matches quite rightful earned them a place in the Championship, but who could realistically challenge this time around?

John Barnes’ side finished 30 points clear of their nearest rivals Plymouth Albion and the men from Brickfields may feel that a return to the second tier is overdue. After several rocky months off the field, Albion look as though they have steadied the ship. Following Dan Parkes’ departure in December of last year, the club replaced him with Kieran Hallet and the player/coach certainly enjoyed the second half of the season. Plymouth ended the campaign on a 13 match winning streak and the Devonshire side will be hoping that their stint in National One can end this term.

With no side coming down from the Championship, due to London Welsh’s demise last season, there are a number of National One regulars that may fancy their chances of giving promotion a crack. Since advancing from National Two North in 2015, Ampthill and District have performed incredibly strongly at this level, achieving top four finishes in each of the last two campaigns. Can Mark Lavery and Paul Turner take those couple of extra steps and really challenge for the title?

Alongside the A’s, Birmingham Moseley will be interested in a return to the Championship. The Midlands side parted ways with Kevin Maggs so the task of aiming for possible promotion falls to Richard Protherough and Simon Cross. The side from Billesley Common were on the coattails of Hartpury College for a spell last year so they are more than capable of aiming for top spot this coming season.

The 2016/17 campaign had to be a success for Coventry who finished fourth last year in Rowland Winter’s first season at Butts Park Arena. Cov’s home record was certainly a factor in their strong campaign and they also managed to improve on their travels in the final months of last term. In fact, the Midlands outfit won their final eight games so optimism may well be high heading into this weekend.

Elsewhere, there are new eras beginning for Rosslyn Park and Blackheath. Kieran Power has recently taken over at Park who finished sixth last year while James Shanahan has swapped Old Albanian for Well Hall. Club would have been disappointed with the way they finished last season after a promising first couple months, but both Blackheath and Rosslyn Park have the quality to aim for the top spots.

Esher certainly turned their season around in the final weeks of the last campaign. The Surrey based side won six of their last seven matches to go from relegation candidates to a top half finish. Like the aforementioned Blackheath and Rosslyn Park, Esher have the talent to solidify another top eight finish or maybe go even higher.

Added to that, they have recruited well capturing the signature Jack Lavin, who was one of the stars of National Two North last year. Lavin suffered a neck injury during pre-season, but thankfully on the road to recovery and will be eager to have an impact for Ricky Nebbett’s side.

With Shanahan leaving his post at Old Albanian, the search was on for his successor. In the end, the powers that be at Woolams chose former Bury St Edmunds Head Coach Gavin Hogg to help them build on what was a very positive campaign last year. OAs finished ninth following promotion from National Two South and Hogg will be fully aware that a repeat of that would be an excellent way to start his tenure in charge of the Hertfordshire club.

Darlington Mowden Park and Loughborough Students begin the new season against one another this Saturday and they are two sides that will be looking towards a top half finish this year. DMP couldn’t better their excellent 2015/16 campaign, but they have the tools at their disposal to aim for eighth or higher while Loughborough once again made strides of their own as they continue to cement themselves as a National One club.

Loughborough will be starting fresh after coach Dave Morris moved to London Scottish and another side that is entering a new phase are Fylde. Paul Arnold ended his two year stay at Woodlands back in May and the club were quick to act as they named Warren Spragg in charge. Spragg knows all about the Lancashire side so he and the Fylde faithful will be hoping for a smooth transition.

Fylde were on the brink of getting sucked into a relegation battle last year as were Cambridge under Ross Stewart, but a side firmly in that fight for survival were Hull Ionians. The men from Brantingham Park won four of their last five matches to stay in this division for a third successive season as they pipped Blaydon to safety. With the league format returning to three sides being relegated for this term, the I’s along with Fylde and Cambrige, will be aiming for a less stressful year.

Now, on to the new boys who were promoted into this division. National Two North champions Caldy were superb last season and Head Coach Simon Verbickas will be aiming for his side to enjoy their time in National One. This is the highest level the club has every played at and the Wirral outfit will feel they have enough to really compete in this league.

Over in National Two South, it was third time lucky for Bishop’s Stortford. Following two very strong seasons from Andy Long’s men, the side from Silver Leys produced a remarkable run of results to surge towards the title and automatic promotion to National One. In pre-season, the message from the club seems to be a realistic one as they aim to stay in this division and after blowing away teams last year, they will be keen to hit the ground running this weekend.

Joining Stortford from the South are Old Elthamians who gained promotion after their 19-14 play-off win over Sale FC. It is the first time Gavin Lach’s side have played at this level and they begin life at this level against Esher tomorrow. Lach has told the club website that they are ‘stepping into the unknown’ but if they play with the same vibrancy, organisation and spirit we saw last term, then a solid campaign could be on the cards for the men from College Meadows.

National One Opening Day Fixtures (All 3pm kick-offs unless stated)