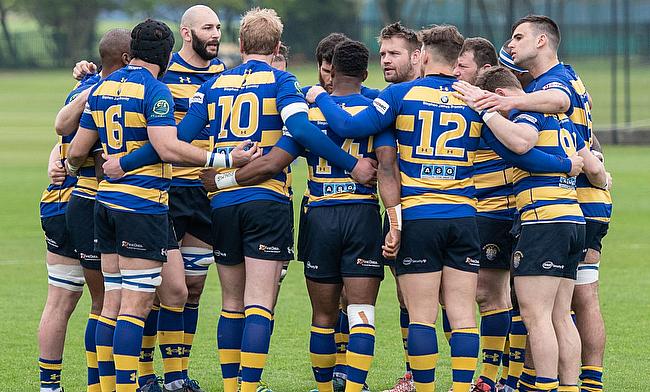 Old Elthamians cannot afford to have “second season syndrome”, according to Gavin Lach.

OEs’ Director of Rugby believes the club’s brilliant campaign last year in their maiden season in National One will count for nothing if they can’t back it up in 2018-19.

The Mottingham outfit finished in sixth place and the OEs boss is keen for his side to build on their success as they look to establish themselves in the third tier.

“I wanted to finish in the top half and I was over the moon, as was everyone else at the club, to finish in sixth place last year,” Lach told ncarugby.com

“I think we were most people’s favourites to go straight back down because we had come up via the play-off so it was nice to prove them wrong a little bit!

“We are now a known force this year. What I don’t want us to do, and I have emphasised this this week as we have returned to pre-season, is we can’t afford to have ‘second season syndrome.’

“It is very evident in National League rugby that season one, if you go into it, everyone looks good. Then in season two, everyone then thinks it’s quite easy because that is where you finished last year, but it doesn’t work like that so we have to be ready.”

Old Elthamians have been one of the busiest teams during this summer with the club bringing in no less than 11 new players with their latest signing being Worcester full-back Ben Howard.

Several of their recruits are from National Two South, but Lach admits that the new faces were not approached by OEs, but instead, it’s the players themselves that wanted to move to College Meadow.

He added: “We used 46 players last year and if we want to better last year’s finish, which we do, we have got to make sure that we have the quality and strength in depth in place.

“We have made a few signings and I would say 90 per cent of those signings have actually come to us which is nice.  You have players like Rhys Morgan, Kai Little, Harry Elbow and James Moffat, to name a few, all 23,24 ,25 but want to better themselves and challenge themselves by playing National One rugby.

“I think we are trying to build something here that is gathering momentum and players are coming to us with National League experience. Some want to better themselves because they are coming from National Two South to us and they are welcome with open arms.”

OEs are continuing to head in the right direction and Lach is very much a part of their vision. He signed a new two-year deal towards the end of the 2017-18 campaign which means he will have been in charge of Old Elthamians for over a decade having left local rivals at the time Old Dunstonians.

“I was honoured to have been given a new contract for a couple of years,” Lach said. “Sport is a fickle thing. You are only as good as your last set of results or your last couple of seasons.

“I am lucky that we have had numerous numbers of promotions in the last nine years I have been here. When I joined, we were in London and South East Three and now we are in National One so I am very happy to continue helping the club move forward.”

Lach and Old Elthamians’ second term in National One begins on September 1st with a tricky away fixture against Rotherham Titans, who were recently relegated from the Championship.

Following on from their trip to Yorkshire, they face local rivals Blackheath before games against Darlington Mowden Park, Rosslyn Park and Birmingham Moseley.

While Lach admits it will be a tough start for OEs, he and the team are relishing the challenge of another campaign in National One as they look to improve on their excellent achievements of last year.

Gavin Lach admits he faces the most important summer of his nine-year tenure at @ElthamiansRFC as the club look to build on a successful first season in National One. https://t.co/f980Kvl8d5 #Nat1 @nca_rugby pic.twitter.com/rF1VKho6vB

“Someone said to me this week that the way the fixtures have come out, it looks like a suicidal September!”, he added.

“We have got some massive teams to play early on. Rotherham were in the Championship three or four years ago and pushing to get into the Premiership, while we were coming out of London One and getting into National Three. They were on TV and we had 3 men and a dog watching us, now we are opening with an away day at Rotherham. We have come a long way in a very short space of time

“We are honoured to be playing these sorts of sides and by that, I mean being on their radar.

“All I ask is we get better season upon season. I have said that for the last nine years I have been here, so all we are looking to do is improve on last season!”