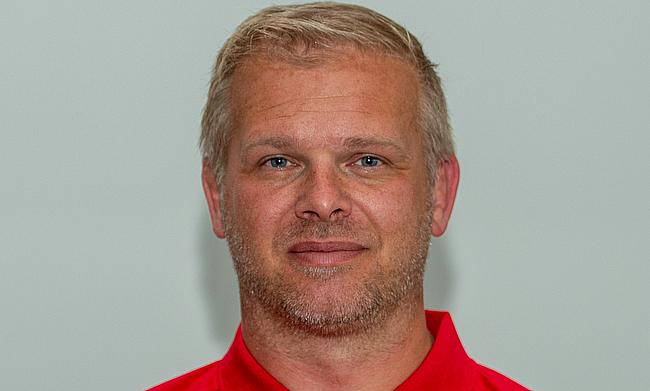 Birmingham Moseley have got a ‘great group’ of players ahead of the 2020/21 campaign, says Director of Rugby Adam Balding. (Photo Credit: Harish Chavda)

The Midlands side have arguably been one of the more proactive clubs during the coronavirus pandemic, with Moseley announcing a whole host of signings in recent weeks.

At the beginning of June, Balding told the club’s website he was ’85 per cent happy’ with the squad he and his coaching staff have assembled, but admitted it has been a challenge to recruit throughout these uncertain times.

“It [the Covid-19 crisis] is not just a challenge for the clubs and the management, it is also challenging for the players and there are a lot of players out there still in limbo and all of the lads we have retained have been very supportive and couldn’t wait to get back on board.

“The new lads who have come in have been really sympathetic with what is going on in the wider scheme of things. The players coming in will certainly bolster what we are trying to achieve and I believe we have got a great group. We have got a couple of other signings still to come in, but we are not going to rush ourselves in those positions and we have got a lot of good conversations going on.

“If you look at any business or sporting club, everyone has been financially affected by coronavirus. It has had a massive financial impact and I just want to say, we have got an amazing fanbase that has really supported the club.

“They have donated through our ‘I Built The Team’ and we have got a really proactive board of directors. We are underpinned by a fantastic volunteer base at the club and it is built upon that. The staff who are there do a fantastic job in difficult times so collectively, I think we have managed to get through this the best we can.”

Last week, one of the main headlines to come out of Billesley Common was the signing of former Wasps man Ashley Johnson as a player-coach.

The South-African born hooker spent eight years with the Black and Golds, but his contract was not renewed by the club meaning Johnson is now set to begin a new chapter in National One.

The 34-year-old was offered the chance to move back to South Africa to continue his playing career, but he instead opted to stay in the Midlands and Balding is delighted to add Johnson’s experience to the team.

He added: “It is massive. He’s a fantastic player. His playing record speaks for itself, but more importantly, he is just a really humble and nice guy.

“He just wants to get involved in the coaching side, develop his coaching career and he still wants to play. Myself and my head coach Pete Glackin, between the two of us, have been speaking to him for months and clearly Ashley liked what he heard and he is on board.

We are excited to announce the signing of former @WaspsRugby and @Springboks Ashley Johnson as player coach for the new season #nat1 #wasps @OfficialRFU Welcome Ashley pic.twitter.com/QFvc2xw3kD

“We can’t wait to get him involved. All the players are excited to be working with him and the club is certainly buzzing and it can only benefit it us in what we are trying to achieve.”

Balding will be hoping Moseley can ‘achieve’ more success whenever the 2020/21 season gets underway after two tough years in the third tier.

In 2018/19, the club survived the drop on the final day of the campaign and they were spared the tension of another relegation battle last term as the coronavirus pandemic led to the RFU curtailing the season for all leagues below the Premiership.

At that stage, Moseley were just four points clear of the bottom three but based on the RFU’s ‘best record playing formula’, Balding’s side stayed in National One whilst Rotherham Titans dropped out of the third tier.

“For anyone to miss out on promotion or get relegated off the back of a formula is harsh because the destiny is no longer in your hands,” Balding added.

“I do feel sympathetic for the sides on the wrong end of that algorithm, but at the end of the day, sport is sport. We have just done 25 games out of 30 and for 25 games, we were the better side so we deserved to stay up.”

Keep up-to-date with all the latest National League news on ncarugby.com, including an interview with Ashley Johnson to come next week.