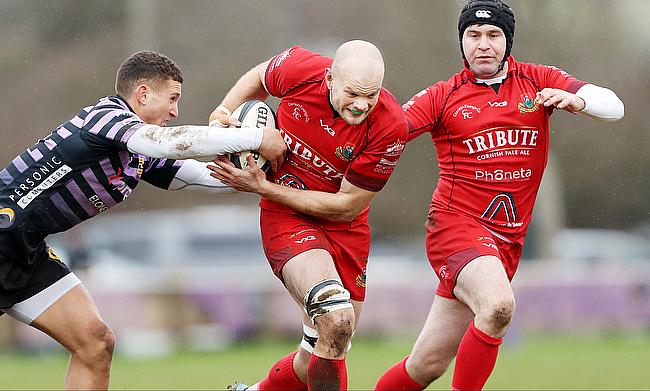 Round 24 may not have thrown up too many shocks in the National Leagues, but it was always going to be a test for those sides vying for promotion and the main title contenders didn’t blink. (Photo Credit: Ian Clark)

There weren’t too many surprises to write home about in National One and this was highlighted by the top four sides all picking up bonus-point wins.

Caldy winger Ben Jones scored the opening try and collected all of the visitors’ first-half points as they headed into the break 11-3 to the good.

Leeds Tykes did hit back through a Will Hardwick try but three scores in 14 minutes from Joe Murray, Adam Aigbokhae and Nick Royle saw Caldy take the game away from their hosts.

Harry Jukes went over for Leeds late on, but it was the table-toppers who prevailed yet again.

Last week, supporters of second-placed Rosslyn Park may have been biting their fingernails as they managed to edge past Cindeford, but it was a lot more straightforward for Kieran Power’s charges against Birmingham Moseley.

The promotion-chasers were 28-0 up inside half an hour following scores from Sam Garvey, Henry Robinson, Benji Marfo and Brandon Jackson.
Fyn Brown did get Moseley on the board, but Park were in a relentless mood as Josh Addams, Jackson and Craig Holland wrapped up a 47-14 win for the hosts, who are now two points off the top with a game in hand.

Which way to the top of the league? pic.twitter.com/GK6A79BMFs

Sale FC (3rd) are also very much in the promotion conversation and after last Saturday’s remarkable turnaround against Rams RFC, they faced Darlington Mowden Park at Heywood Road.

Jonathan Keep’s men got off to a flyer when Tom Brady crossed the whitewash after Tom Walsh’s scintillating run and Sale then surged into a 29-0 lead.

DMP did finally respond through George Shannon and Euan McKirdy, but the afternoon belonged to Sale and full-back Joe Carpenter who claimed a hat-trick to help his side to a 36-14 victory and an eighth straight win.

As for Cambridge (4th), they are still on the cusp of the promotion picture after a 59-10 triumph over Tonbridge Juddians.

Richie Williams’ side entered this encounter having lost just one of their last 10 games and they were in the mood to extend that record in Round 24.

Josef Green and Joe Tarrant both scored hat-tricks as the Blood and Sand ran in eight tries to leave them 10 points off the summit with a game in hand.

Towards the wrong end of the table, Blackheath had to settle for a try bonus-point after Taunton Titans turned around a 21-19 deficit to clinch a 43-28 victory in Somerset. Meanwhile, Plymouth Albion fell to a narrow 19-12 defeat to Chinnor and elsewhere, Cinderford recorded successive away wins after beating Bishop’s Stortford 20-15 at Silver Leys.

The setbacks for Blackheath and Plymouth keep them in the scrap for survival whilst Leeds Tykes and Darlington Mowden Park are also fighting for their National One status.

Second-placed Sedgley Park kept their National Two North promotion hopes alive as they swept aside Stourbridge to claim a 50-12 victory in Round 24.

The hosts scored eight tries including four from the lightning-quick Rhys Henderson who started and ended a very comfortable afternoon for Scott Barrow’s men.

Will Lees, Andy Riley, Matt Gallagher and Danny Openshaw also crossed for The Tigers, who remain 11 points off league league Hull with a game in hand.

That extra fixture will be fulfilled this coming Saturday when Sedge host Huddersfield and they conclude the month by taking on Hull so it could be a critical couple of weeks for the men from Park Lane.

🏉 The National League Rugby team wrap up the action, including our Key Game in #Nat2n between @SedgleyTigers and Stourbridge.

Speaking of the table-toppers, they secured a 14th straight victory as Hull’s relentless charge towards a place in National One continued after a 43-12 win over Wharfedale.

An injury-hit Rotherham Titans (4th) came into their clash with Chester with some key players missing from their pack, but the Yorkshire outfit were able to secure a 33-28 triumph at Clifton Lane ahead of the reserve meeting between the two clubs this weekend.

Elsewhere in the north, Fylde produced another dazzling display as they ran in 10 tries to handsomely beat Sheffield Tigers 62-17 at Woodlands whilst Hull Ionians were the latest team to go down against Blaydon as the North East side claimed a third win from their last four matches by securing an impressive 36-26 victory.

Also in Round 24, Luctonians’ first-half showing against Bournville helped them to 35-12 win, Tynedale made it five on the spin following a 26-16 success at Harrogate and Huddersfield were back in the winners lounge for the first time since January after defeating Loughborough Students 24-20.

There was a mixture of comebacks and comfortable victories at the summit of National Two South as the top four sides all secured maximums but in contrasting ways.

Leading the way by two points are Redruth (1st) and they came from 26-6 down to clinch a 38-32 win over Bury St Edmunds in Suffolk.

Tries by Michael Stanway, Chris Bolton, Matt Bursey and Austin Wallis – plus six points from the boot of Charlie Reed – saw the Wolfpack race into a 20-point lead but Redruth regathered themselves and replied through a penalty try and Richard Brown’s score.

Reed had slotted a penalty between Redruth’s efforts and the full-back followed suit with another three-pointer on 47 minutes to give the hosts a 32-18 advantage.

However, Nigel Hambly’s promotion contenders dug deep and tries from Jack Oulton, Dean Bonds and Ben Fox – as well as a Fraser Honey penalty – saw them complete a stunning fightback.

Debutant Liam Thornton scored four as The Eees racked up a 81-7 scoreline at Moseley Road whilst the Raiders avenged their defeat against Henley from back in November as winger Curtis Barnes claimed a hat-trick in a 57-26 win.

We bookend the top four with another rescue act as Clifton left Footes Lane with a bonus-point 26-24 victory when it looked like they would depart Guernsey empty-handed.

Tries from Joseph Andresen and Ciaran McGann had given the home side a 24-12 lead heading into the final quarter, but three yellow cards in the final 18 minutes allowed the Bristol outfit back into the contest.

Jack Barlett’s converted score cut the deficit to five points before Clifton’s late pressure led to the dismissals of Sam Steventon and Jacob Weeding-Pinkney, and eventually a penalty try. It means the gap between the top four sides remains at three points.

Away from the drama of the title race, Dings Crusaders secured their fourth victory on the bounce after they beat Leicester Lions 24-17 and Old Albanian returned to winning ways in Devon following a 36-12 success over Barnstaple.

Elsewhere, Barnes ran out comfortable 46-7 winners against Rochford Hundred and Canterbury claimed a fourth home win on the trot as they defeated Hinckley 30-24. 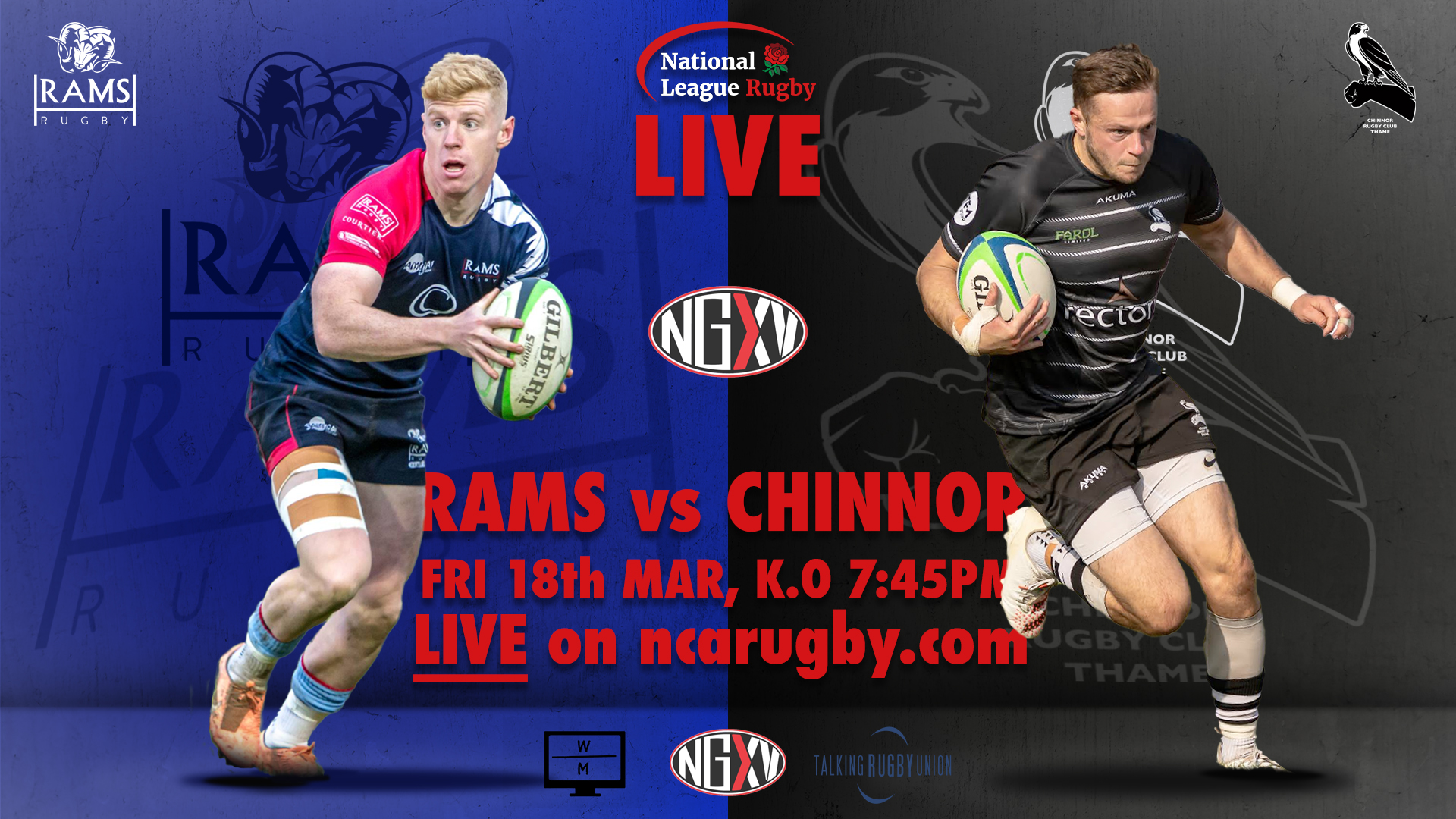