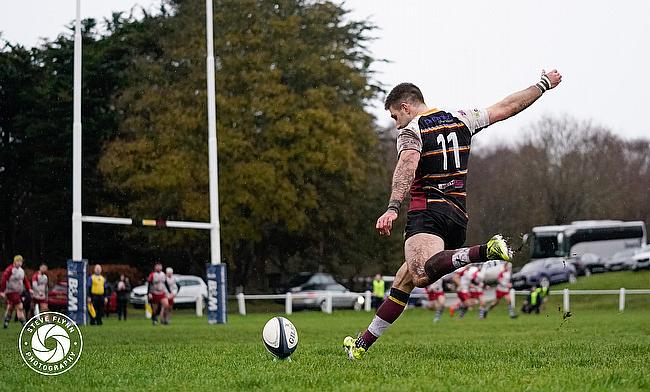 Following today’s announcement that Ealing Trailfinders have withdrawn their appeal in regards to gaining promotion to the Gallagher Premiership, National League Rugby can confirm that only the winners of National One will go up to the Championship this season. Photo Credit:(Steve Flynn)

It means this Saturday’s clash between league leaders Caldy and second-placed Sale FC can be billed as a ‘title decider’ as the campaign in the third tier reaches an exciting climax.

As things stand, Caldy have a seven-point lead at the top and victory for Gareth Davies’ men would seal an historic promotion to the Championship.

If they were to avoid defeat, that outcome would also secure the title for the Wirral outfit, but anything less will open the door for Sale FC to potentially swoop in a snatch promotion away from their North West rivals.

Whilst this gigantic match is Caldy’s last fixture of the term, Sale still have to face Chinnor on the final day of the season so if they are victorious at Paton Field, it will leave the destiny of the title in the hands of Jonathan Keep’s side.

Sale have lost only one of their last three visits to Caldy (W2 L1) clinching a 16-8 triumph in the last round of the 2015/16 National Two North campaign whilst also collecting a 23-20 win in December 2018 when both clubs were in National One.

Sandwiched in between is when Caldy confirmed their promotion to the third tier after defeating Sale 28-26 on their own patch when both clubs were fighting for the title.

Currently, the table-toppers have won each of their last 16 National One outings, their last defeat coming back in November. This run of form also includes a 26-21 away success at Sale FC just before Christmas.

Once again, these two sides meet towards the end of a fascinating season of rugby so the question is: Will Caldy lift the title on Saturday or can Sale FC (who have won their last 11 matches) take this enthralling title race to the final weekend of a gripping campaign?