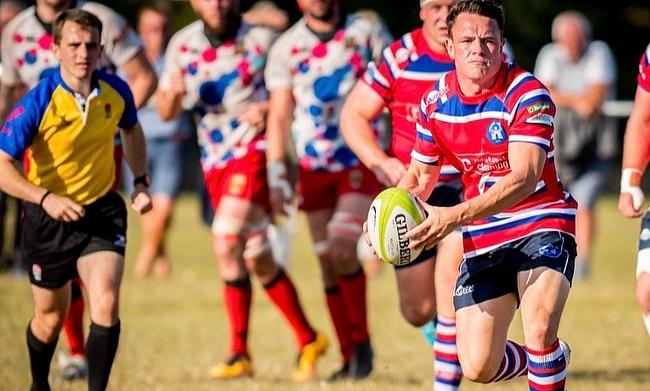 In his latest post, Matt has moved on to his time with Chester whilst balancing his National League duties with his time at Cardiff Met University…

You’ll remember, you left me getting ready to embark on a journey to Diss for my National Three debut.  In a baptism of fire, I got on the wrong side of 40 points!  Then, the following week another 40, against Bracknell.  Haywards Heath were relegated that season so my ‘big boys’ rugby would now be played in London 1.  I was left with mixed emotions.  No one likes to lose but I would, at least, be able to start in a new league and put a marker down for the future.

On reflection, this raises the age-old question for junior clubs attempting to climb the leagues – do you go with home-grown players and attract local talent or do you pay for talent from elsewhere?  This was the dilemma facing my home club and, having lost the survival battle in Nat 3 with players already on match fees, the question was all the more poignant.  This was 2010.  Just five years later, Heath were relegated to the lowest RFU league, Sussex 1. This isn’t a philosophical statement, simply an observation of what can go wrong for a junior club when the cards don’t fall right.

The following season, preparing for London 1, we had an influx of home-grown talent re-join the club. We recruited well from other London clubs. A handful of quality players arrived from the Colts and existing players who had been rested were now ready to go again.  We had a decent season finishing 4th in a competition filled with the likes of Sutton & Epsom, Wimbledon and London Irish Wild Geese, but, ultimately, there was no stopping Tonbridge Juddians who went the entire season losing only one game (little did I know)!

I can’t write a blog about my rugby career and not mention how that season not only helped me develop as a player, but it shaped me as a person too.  There was a core group of boys at the club who took me under their wing as a naïve 17/18-year-old, and looked after me.  I was taken to new places, introduced to new people and rotated around spare rooms/sofas/put-me-ups each weekend, crafting some brilliant memories.

During those travels I acquired a new epithet – Rover.  We’ll leave that there.  It was these very same people who, when I was revising for my A Levels, made sure I locked myself away and knuckled down to get myself off to university.  The boys certainly knew how to have a good time, but also had a strong connection with real world values.  Something that will never leave me. 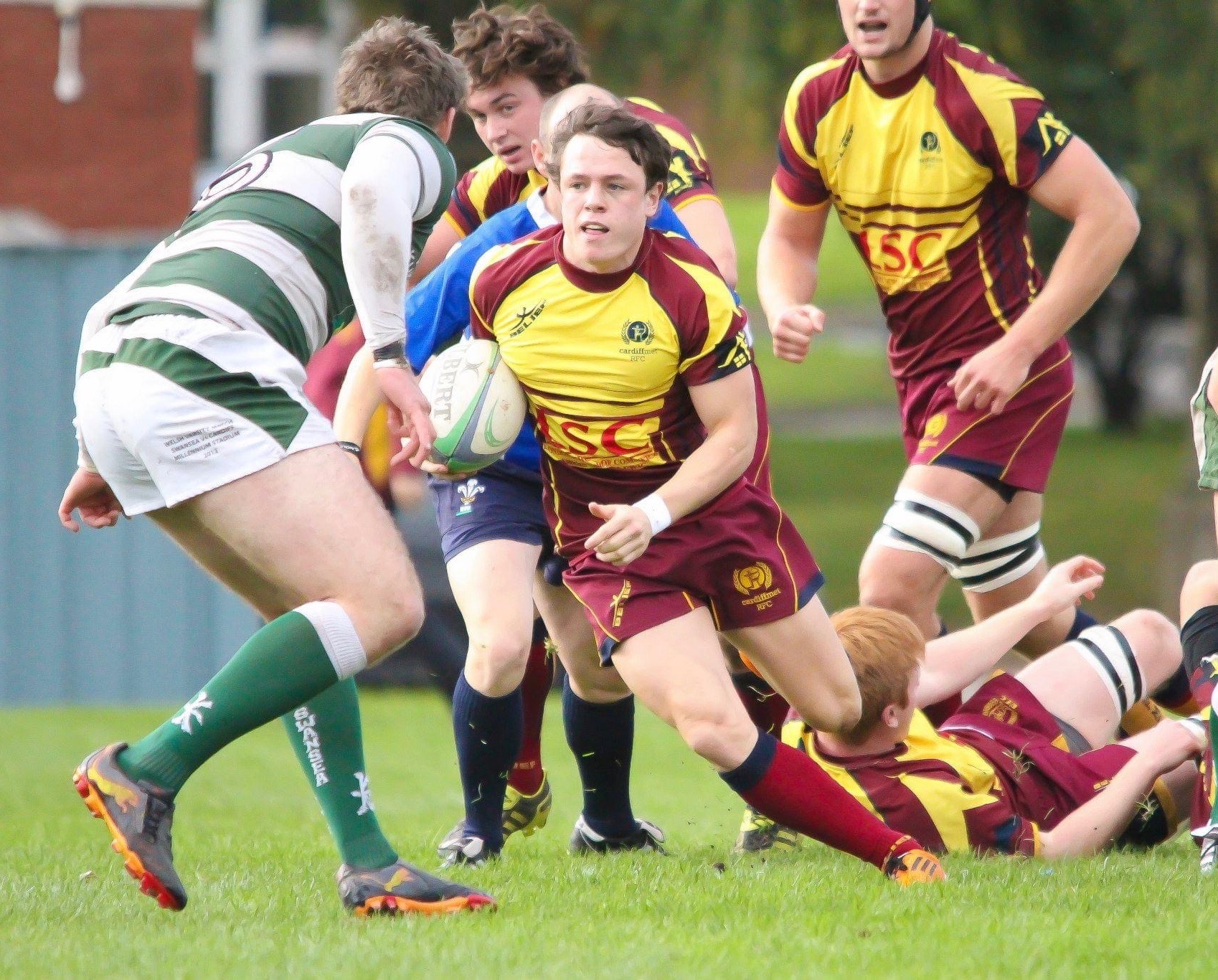 Having finished my A Levels as well as my time at my childhood club, I set off to university; Cardiff Metropolitan University (UWIC) to be precise, where I would climb the steepest learning curve of my rugby career.  It didn’t get off to the flying start I was hoping for as my right ankle was in plaster, turning up to the first training session on crutches.

In pre-season, I had accepted an invitation to play in the Cronk Cunis Festival at Richmond but ended up in Kingston Hospital having my right ankle plated.  It may have earned me some sympathy from my new friends in halls, but cut absolutely no ice with Chris Davey, 1st XV Head Coach.

To say Cardiff Met rugby had strength in depth would be a serious understatement.  We had quality sprinkled all the way from the 1st XV right through to the Fresher’s 2nd XV.  Cardiff Met ran sides in the British Universities (BUCS) competition but, more importantly, also in the Welsh Championship playing against senior Welsh teams, many shrouded in history and regularly feeding the four regions.

Watching the first few games from the touchline, I’d observed that Saturday afternoon rugby in the Welsh valleys took on a very different guise to the one I left behind in the south east of England.  The lads at Tata Steel, Ebbw Vale and Bargoed made it very clear they had little regard for students, especially those from England!

As Alun Williams reminded me frequently, a scrum half getting caught in possession was a cardinal sin.  I could have added that it was also bloody painful.  Over the first few weeks of my rehabilitation my pass became noticeably quicker which, incidentally, was essential when you were competing against the likes of Kieran Marmion, Rhodri Davies and Joe Smith most weekends.

I spoke previously about a coach who had who instilled real rugby values into our team, at college.  Well, Alun Williams was another, and some!  Head Coach of the 2nd XV, used to managing ambition, he wanted the best for all of us and was genuinely happy when boys were propelled up into the 1st XV.

Beginning my 2nd year, I was working closely with Alun.  On the back of really decent shifts in the last two matches, I remember walking up towards the NIAC pitches with my house mates, all ready to train with the 2XV.  Alun shouted, “hey Walshy, what you doing up ‘ere?  You’re not with us tonight, you’re down with the 1XV!”  Pure elation.

I played for Cardiff Met throughout my first three years and absolutely loved it; it meant a lot so much so that, on many occasions, my nerves got the better of me when running out for the 1st XV.

Not playing with confidence and constantly trying not to make mistakes.

This often resulted in just the opposite, me making mistakes.  As a consequence, I see-sawed in and out of the 1st XV for the rest of that season.  We got to the BUCS Final that year but lost to a quality Durham side. Looking back now, I wish I’d given the nights out a rest occasionally, listened more to the S&C coaches and just focused.  I was given the opportunities but didn’t really take hold of them. 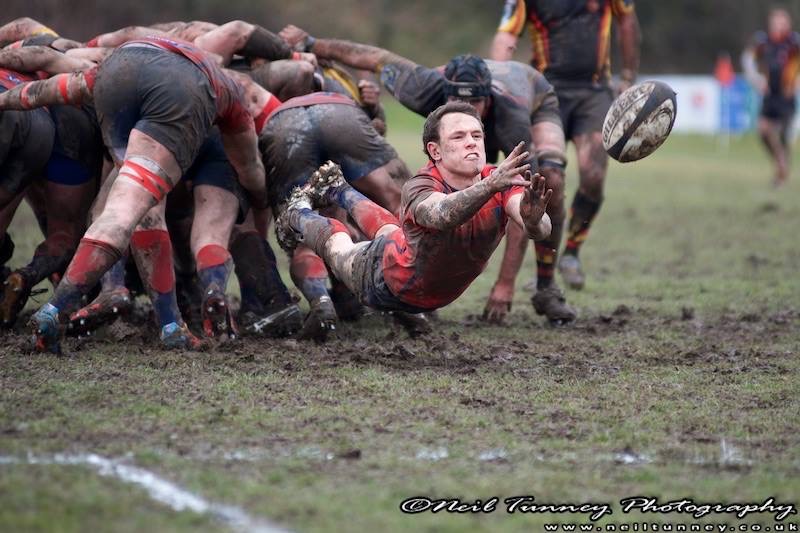 So, seeing real talent arrive with each new intake, in my third year I decided to experience club rugby in England again whilst still playing BUCS at Uni.  Having played well in the Sunshine Sevens at East Grinstead that summer, just 8 miles from my home, I accepted an invitation to join them in Nat 3 South.

For a season I travelled back for Thursday night training, returning Sunday on the train.  I would still play for Cardiff Met on a Wednesday [wherever selected] so for me I was getting the best of both worlds – university rugby with my mates and regular experience in a strong league.  Here I experienced a new lease of life.  The UWIC coaches were still in my ear but were now joined by Justin Bishop and Matt Betty at East Grinstead.  My confidence began to soar.

Having tasted that level properly and been relatively successful, I developed a hunger to progress.  One of my best mates Will Goodwin [Chipper] had just made his way back from a placement in France and was completing his 4th year at Cardiff.  It was Will who introduced me to Chester in National Two North.

Being from Chester originally, Will agreed to rejoin his old club with me and even offered to put me up in his parents’ home, in a village just outside of Chester.  Having broken my ankle [remember], just as I’d started driving lessons, I’d never had my own transport.  This was not an issue in a city centre university campus however, Chester was 150 miles away.  Chips also had a car.

So that was that sorted.  Will and I lived together through the summer earning some money and getting ourselves into decent nick for the upcoming season, where we both got off to a flying start.

What hindered our later performances for Chester was when the University season started properly again.  The slog to Thursday night training in Chester was pretty gruelling.  Both still dehydrated from Revs Wednesday and tired from the previous day’s game, there were numerous occasions where we would pull into a service station, set our alarms, and ‘have 30 minutes’.  It almost became routine.  But it was all worth it.  Chester really looked after us and the boys and supporters were brilliant, a proper rugby club.

We accumulated some pretty impressive results that year and could beat anyone on our day.  One result that really stood out for me was beating Ampthill.  Oh, and Stourbridge at home as well.  Complete performances, followed by two cracking socials.

During a candid mid-season reflection, I felt I was probably one of the better 9s in the league.  So, there was some substance to me considering the move up into National One.

My first step was to put a rather clumsy show-reel together.  Classic, looking back now, it wasn’t amazing but hindsight is a wonderful science.  Surprisingly, I received a number of approaches, some more attractive than others, including part-time and full-time contracts.  In truth, none really appealed to me.  This was when the Chester No.7, Luke Wishnowsky, put me in direct contact with a certain Danny Brown, at Darlington Mowden Park…