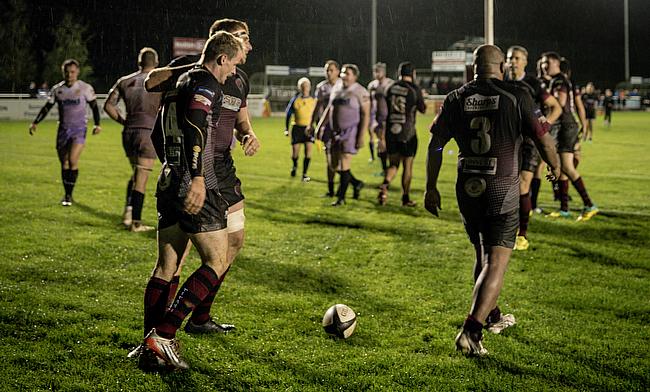 The coronavirus outbreak has had a major impact on sporting events all across the globe with high profile leagues and events having to be suspended.

As things stand, rugby in tiers three and four of the English game are continuing and even though this Saturday is another reserve weekend in the National Leagues, it still holds great significance.

In National One, Hull Ionians’ relegation will be confirmed if they fail to pick up three points or more from their fixture against Blackheath whilst the fight for survival in National Two North is also top of the agenda.

In National Two South, thoughts turn to the title race where victory for Taunton Titans over Esher would see Tony Yapp’s side move to the summit with five games remaining in the campaign.

The only fixture to be postponed this weekend thus far is Old Redcliffians v Dings Crusaders due to one of the Dings players coming into contact with a person testing positive for the Coronavirus disease.

Below is a more in-depth look at this weekend’s action.

At the end of February, Rams RFC’s remarkable debut season at this level suffered a setback. The club were docked five points for supplying incorrect information over the payment of their players and their possible hopes of a title challenge took a knock. However, Seb Reynolds’ side may not be out of the running just yet, but that realistically relies on a bonus-point win over Cinderford this weekend.

If the Rams do achieve that, they will only be eight points off the summit but Cinderford come into this fixture in good spirits following their last gasp 21-16 win over Blackheath. Paul Morris’ side can move into the top half of the table if they secure maximum points at Dockham Road so there is still plenty to play for in Gloucestershire.

Hull Ionians' fate is likely to be sealed over the next couple of weeks, but @jamessando8 feels the squad need to stick together if they are to bounce back next year.

Our latest 'In Focus' comes from #Nat1.

Down at the bottom, Hull Ionians’ fate is back in their own hands. Of course, it is inevitable Mike Umaga’s side will be relegated from National One but after Birmingham Moseley failed to secure any points in their 26-10 loss to Sale FC on Thursday night, it means the I’s are still alive.

The Yorkshire club must, at the very least, avoid defeat against Blackheath on Saturday if they stand any chance of delaying their drop, however, Hull Ionians have lost their last 13 matches so the odds do not favour the hosts. In terms of the away side, James Shanahan’s men arrive at Brantingham Park on the back off their first defeat since the opening weekend of 2020. ‘Club’ lost right at the death against Cinderford last time out so the fifth-placed side will be keen for an immediate response.

The cushion between Huddersfield and the relegation places was slightly deflated in Round 25 as Gareth Lewis’ side slipped to a defeat against Hinckley. The Yorkshire club controlled the scoreboard for the first 10 minutes, but an in-form Hornets came roaring back and a loss for Field means they are now only five points above the drop zone.

That defeat at Lockwood Park was only their second setback since the opening weekend of January so Huddersfield will be keen to immediately respond when they host Tynedale in an important game in hand. For the North-East club, it has been a difficult few weeks due to postponements and their frustrations were compounded by a narrow 29-27 loss to Stourbridge last time out. Former player Dan Rundle scored a late winner to break Tyne hearts so Ben Woods’ charges will now be aiming to taste victory for the first time in just over a month.

The aforementioned Huddersfield are sandwiched in between Luctonians and Otley and both of those sides face one another this weekend as the tension begins to rise in the fight for survival. For Lucs, they are experiencing a dip in form ahead of this rearranged fixture. Their excellent start to 2020 has lifted them out of the relegation places but three straight defeats now leaves Ryan Watkins’ side six points clear of trouble.

And, that gap will close if they fall to a fourth consecutive loss against rivals Otley at Cross Green. The Yorkshire outfit were able to gain some ground on the sides above them thanks to two bonus-points in defeat against Sheffield Tigers in Round 25 and Charlie Maunder’s men are now five points from safety. However, a first victory since the opening weekend of January would provide a major boost to their survival bid.

Wharfedale find themselves on the cusp of the battle to avoid the drop. Back to back defeats against Hinckley and Chester has left the Greens just eight points clear of the trapdoor but if a positive result was to come their way against Stourbridge this weekend, it would be a significant step towards booking their place in National Two North for yet another season.

Dale were comfortably beaten 43-19 by Stour in the reserve fixture at the beginning of November and the Midlands club head into this clash having not lost in four matches. In fact, this is the best run of form Neil Mitchell’s side have put together this season so it may not be the ideal time for Wharfedale to be hosting the men from Stourton Park.

Just three points separate the top three in National Two South, but Taunton Titans could take control of the title race in arguably the most important fixture of the season. Tony Yapp’s side have tried to, and failed to, mount successful challenges for a place in National One over the last few campaigns, but this year could well be their year.

The Titans have won their last six matches and it has put the Somerset club in a position to go to the summit this weekend. A victory against Esher at Towergate Stadium would see them go top, but the Surrey outfit travel to the title contenders looking to return to winning ways after losing out to Henley Hawks in Round 25. Can Esher produce a reaction and dent Taunton’s aspirations or will the Titans edge their way into pole position?

Good morning! Here’s a look at today’s @CountyGazette back page…

🏉 @tauntonrfc targeting a win that would take them top of the league
⚽️ @TauntonTownFC with a revenge mission against Merthyr pic.twitter.com/auxwPaBOII

Bournemouth have won once in their last 12 games and have lost their last five matches, but despite their run of form, they are still fighting for their National Two South status. As things stand, the Lions are 22 points from safety so a victory from this game in hand against Barnes is a must if Bournemouth are to seriously mount a remarkable revival.

Both of Bournemouth’s wins this term have come on their own patch so they’ll know they have the ability to get past Barnes this weekend. The side from the capital travel to Chapel Gate on the back of three straight defeats, but Joe Gray’s men are 16 points clear of the drop zone so it looks unlikely that they will get sucked into the relegation fight. Barnes hammered Bournemouth 41-17 at the beginning of November and a similar outcome would be the perfect way for the London-based side to end their blip.

Elsewhere in the division, Redruth could move up to third in the table and keep their promotion ambitions burning bright if they are able to secure a positive result away at Leicester Lions.