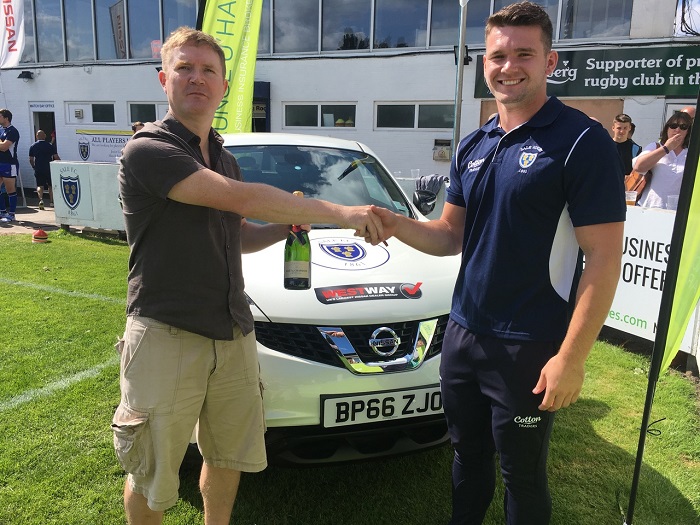 Sale FC captain Andy Hughes started the new season by announcing that he would be the club’s schools and community coach in the Manchester region.

Hughes, who was named as Sale’s new skipper at the beginning of the campaign, will be going to local schools in the likes of Sale and Ashton to help promote the game in the north-west of the country.

On his new role, the former Sale Sharks man said: “It is important for clubs to go into schools so they build that relationship. I think the main focus is to get kids who have not played the game before, to take up the sport and enjoy it.

“We want to use some of the fantastic facilities our schools have to encourage boys and girls to get involved.

“The other advantage is to Sale FC because by being part of this great community project, hopefully some of the kids may fancy playing the sport for our club if they enjoy it!

“It is a great project to be part of and we as a club want to play our part in the growth of the sport as much as we can.”

And Sale FC as a club are certainly enjoying themselves. After promotion into National Two North, the men from Heywood Road battled against relegation in 2015/16, but produced a quite remarkable season last term.

Jonathan Keep and his side went from flirting with the bottom three to the cusp of National One, but suffered a play-off defeat against Old Elthamians last May.

Nevertheless, the journey Sale are currently on seems to be going in one direction and Hughes is pleased to be a part of it.

He added: “It is an honour to captain such as great club. I have been playing here a couple of seasons now, but this is my first full campaign. We have started well and we want to continue that to try and challenge towards the top spots this term.”

Sale begun the season with a thumping win over last year’s bronze medalists Leicester Lions, but fell to a defeat away at possible promotion contenders Sedgley Park.

They bounced back with a commanding display against both Sheffield clubs but drew with South Leicester in Round Five and Hughes knows how tough the league will be this term.

“Our win against Leicester Lions was benchmark for us because we strive to be the best,” added Hughes. “We just want to focus on ourselves even though this division is so strong this year with the likes of Stourbridge, Sedgley Park etc.

“We aren’t looking too far ahead because it is long, tough season, but we want to strive to do as well as we can.”