Sedgley Park head coach Matt Bebbington insists being second in the table does not increase the pressure on his side as we approach the final month of the season.

Bebbington joined Sedge at the start of the campaign and after a fourth placed finish last year, the Manchester based-club are firmly in the mix for promotion this time around.

The men from Park Lane are three points clear of third placed Tynedale and the same margin separates Sedge and league leaders Sale FC, but Bebbington believes his side will remain robust.

“I don’t think it increases the pressure on us,” he told the NCA.

“It is about getting your work done in the week and nailing your roles every time you step on to the field.

“We know anything is possible. We could finish first, but Sale are in the driving seat. We are just focusing on ourselves and trying to prepare as well as possible and if we do that, then hopefully we’ll end up on the right side of results over the next six games.”

In an interview at the start of the campaign, Bebbington stated Sedge was “a club that can grow” and following eight wins from their last nine games, they seem to be heading in the right direction.

Once again, they are fighting towards the right end of the table and Sedge have a real possibility of finishing in the top two for the first time since 2015/16.

He added: “It has gone really well so far. The lads have been really good to work with and our focus has been aiming to improve week after week.

“We have had a few bumps along the way, but that is the same for most teams. We have just tried to go out there and play a good brand of attacking rugby which is shown in the amount of tries we have scored and our try bonus points.  That reflects well on the lads.

“We have shown that we can be a really good attacking team, but since Christmas, we have become better defensively so we have found that balance.

“It is a constant evolution. It is just those small things every week which we work on in training and over time they can build up and hopefully have a positive impact.”

Bebbington has experienced the trials and tribulations of National Two North before as he was Stockport’s head coach in this division back in 2014/15.

Since then, the league has become stronger and during his short time with Sedge, Bebbington has realised how competitive this level is. 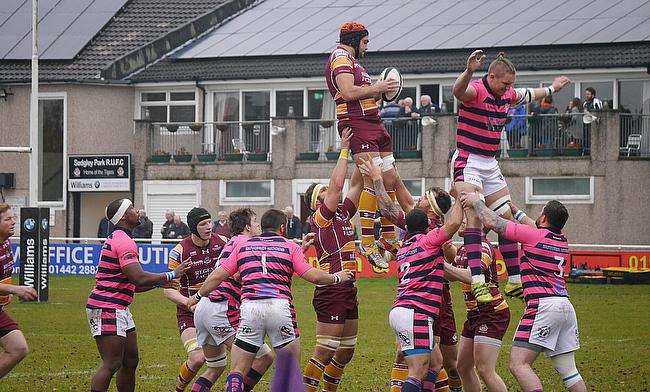 “At the start of the season, I was brand new to the club so I didn’t really have a clue what to expect!” Bebbington said.

“I have been in this league before as a coach, but being back in National Two and also speaking to the players who have been in this division longer than I have, the difference between the top teams and the bottom teams is the smallest it has ever been.

“It is just ultra-competitive every week. When we went away to Sheffield just before Christmas, it was an absolute war. They were a really good, solid team and that was the same with Luctonians away. It is one of the most difficult places to go in this league.

“Because of the quality of each team, you cannot play at 60 per cent in this division because you will get beat so it is about putting your body on the line for 30 games in a row and credit must be given to the players for their work.” 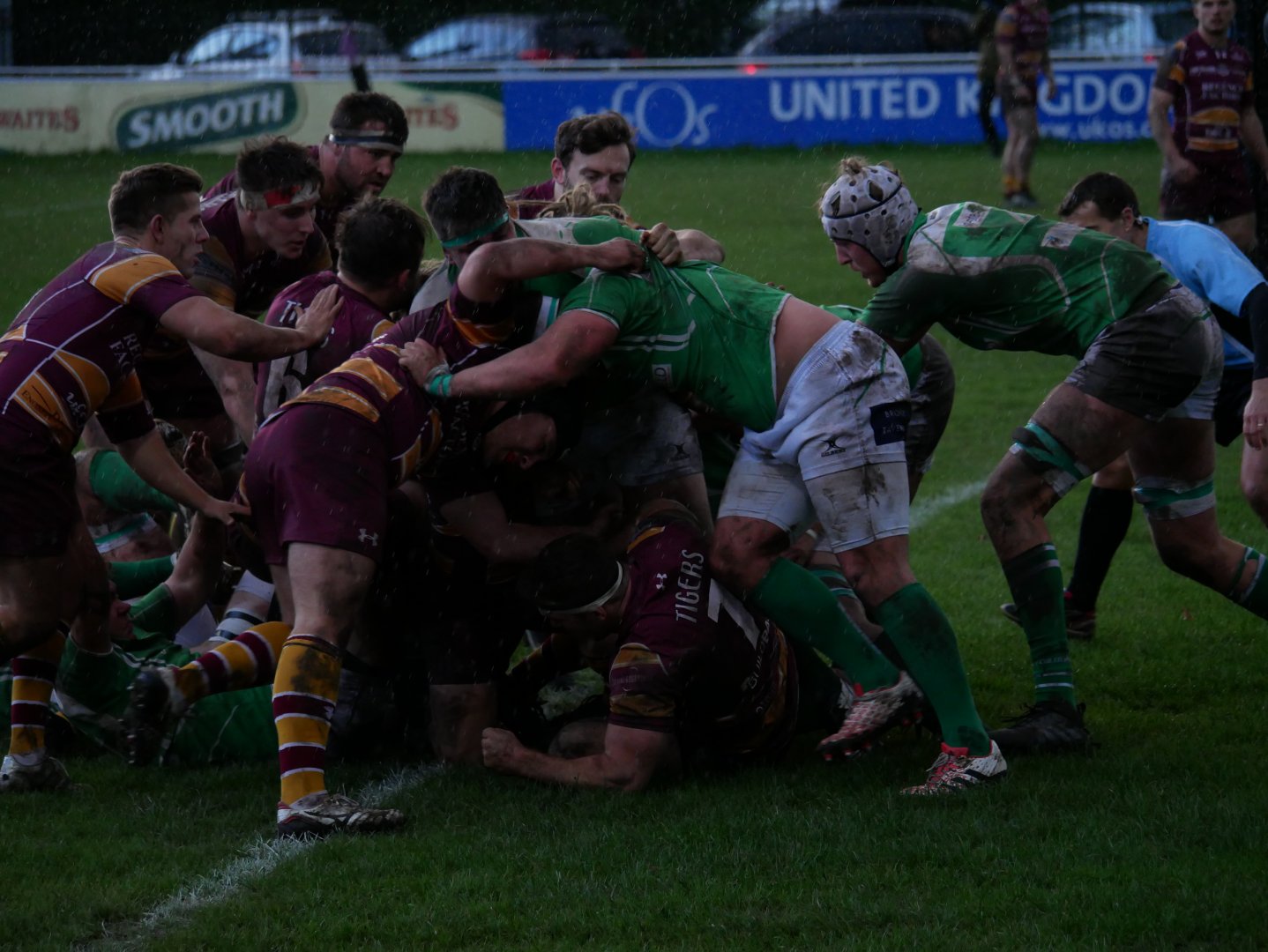 Sedge have a five day turnaround between fixtures against Blaydon and Wharfedale. Photo Credit: Glenn Hutton

And Sedge’s efforts will be put to the test in their final six games of the season. Five of their remaining fixtures are against sides currently in the bottom half and with relegation threatened Blaydon and Wharfedale to come over the next seven days, Bebbington believes his side have to be on their game between now and the end of the campaign.

“Our next two games are huge for the clubs involved,” he said.

“We have got Blaydon away this weekend who are fighting to stay up and then we have a five day turnaround before a trip to Wharfedale so we will have to be at our best to get the results.

“Every game is important. We have got a maximum of 30 points we can get out of the six games and we have just got to see where we end up.”