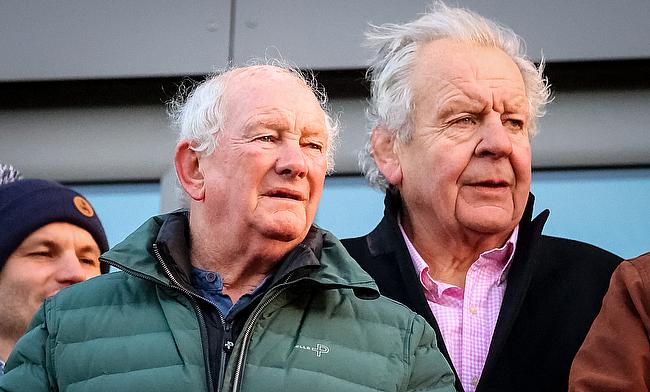 Speaking to Talking Rugby Union, former England head coach Brian Ashton explains why the National Leagues continue to promote the characteristics of rugby + he salutes a fascinating conclusion to the 2021/22 season which is beginning to reach its climax. (Photo Credit: Gareth Lyons)

Ashton on coaching learning their trade in the National Leagues

Ashton has strong ties with the National Leagues having represented current National Two North outfit Fylde in both a playing and coaching capacity.

Just over a decade since he helped the Lancashire club earn promotion to the third tier, Ashton feels levels three and four have transformed and he believes the leagues are becoming increasingly important for ambitious coaches who want to hone their skills.

“The National Leagues are a fantastic opportunity for any young, aspirational coach to try out different things, to look at different ways of how to play the game and challenge players,” Ashton tells TRU. “It is about finding their authenticity as a coach.

“I sometimes despair at watching sides play and you can almost predict in advance what is going to happen next because so many sides play in so many similar ways. We need some young coaches to start breaking that mould and start rising through the ranks towards the top end of the game. It will show they have got the ability, but also the courage to actually put stuff like that into operation.”

During his time with England, Ashton worked with Mike Ford – whose son Jacob is currently the Head Coach of National Two South outfit Bury St Edmunds – and it is up-and-coming coaches like Ford Jnr, as well as Fylde’s duo of Alex Loney and Chris Briers, who Ashton is referring to.

“When I started coaching, I started coaching U12s at Ashton-on-Ribble secondary school in Preston and I was useless and I continued to be useless for the next 11 years until I bumped into a guy called Pierre Villepreux when I was in France and Italy,” Ashton continues.

“He helped transform the way I looked at the game. Everyone needs to go through a coaching process to do different things and having the ambition and belief and the courage to find your authenticity and just going for it is key.”

The path which some coaches may take could potentially wind its way right to the top and Ashton feels the same opportunities provided by the National Leagues apply to the players.

“Something you mentioned before about giving people opportunities to play the game at National League level, the only way you get better at playing games is by playing games,” Ashton adds.

“I can remember when I started playing at Fylde with a guy called Malcolm Phillips. He had been playing for England and it was my first year. I looked up to him as well as another couple of guys who were a similar age to him in the team. I wouldn’t say quite worshipped, but I looked in awe at these guys and I was excited to get out on the field every week and learn and play alongside them.

“You can do all the drills in the world – and that is a word I hate – but playing the game itself is the only way to get better and the only way to enjoy it as well. The answer to how much you are going to learn if you play four or five games at academy level is none.

“The opportunity for young players to play week in, week out in the National Leagues is fantastic and not to go over old ground again, but the simple answer is they will improve. The leagues are vital in determining, in some ways, the playing future of the game in this country.”

The fact there is still so much to compete for in National One, National Two North and National Two South is something that Ashton applauds.

The top two in the third tier, Caldy and Rosslyn Park, begin the final month of the season by facing one another this coming weekend whilst Sale FC are lurking just behind.

In National Two North, Hull and Rotherham Titans are still battling out whilst in the south, six points separate the four frontrunners; Esher, Redruth, Clifton and Worthing.

Having tasted success with Fylde in 2011, Ashton understands why permutations such as promotion and relegation mean so much to clubs at levels three and four.

“It is a shame it is not as intriguing in the Premiership!” Ashton chuckles. “That is another discussion and for other people to comment on. You’re absolutely right, though. The situation we have now [with promotion races and relegation fights] is how it should be.

🎯 This weekend's National League Rugby Review Show will be on point!

We also have action from the #Nat1 relegation battle + the #Nat2n & #Nat2s title races!

“They made sacrifices to not only train two nights a week but also to travel fairly long distances at the weekend which took the whole of their Saturday. To have some tangible reward at the end of the season for doing that is fantastic for the players.

“You have Rosslyn Park there in National One at the moment, but Caldy have made great strides in the past few years and Sale FC are a club which continues to take steps forward so to see one of those teams or even both of them over the next three or four years make their way into the Championship, it would be a great boost for rugby union in the North West of England!

“The other thing is it allows you to constantly challenge yourself to get better in all sorts of different ways and not only look after yourself, but look after your teammates and look after the rugby environment.

“I think the National Leagues can go a long way to continuing to promote the fundamental characteristics of rugby which have been there for years and they can do a great job in promoting that.”