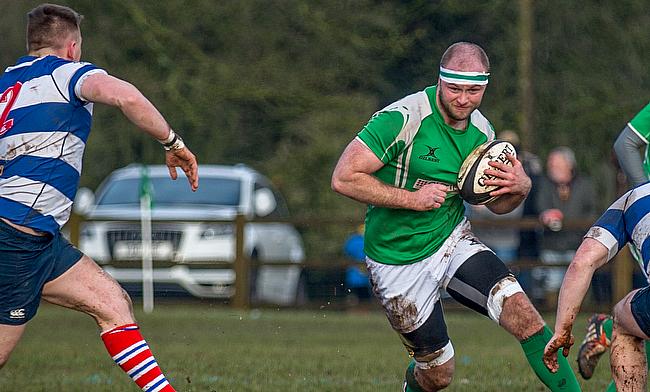 Wharfedale’s chances of staying in National Two North could disappear if they are unable to get a positive result against Hinckley at the Avenue in Round 28.

Dale fell to a 27-16 defeat to South Leicester last weekend, meaning they failed to make up ground on Blaydon as they look to move out of the relegation zone. It is now four defeats in a row for the Yorkshire club and time is not on their side as they are seven points off safety with just three matches in the season remaining.

And their fate could sealed this weekend if results don’t go in their favour and that also applies to relegation rivals Sheffield. Adam Byron’s side gave themselves a fighting chance in Round 27 as a storming comeback against Leicester Lions means they are still battling for safety.

Sheffield are 13 points off 13th place so the odds are stacked against them, but a home victory over Otley this Saturday will keep them afloat for another week. Fellow strugglers Luctonians will be desperate for the points when they entertain Macclesfield while Blaydon can relegate both Wharfedale and Sheffield if they upset the applecart and continue their resurgence against league leaders Sale FC.

Focusing on the right end of the table, Sale currently hold a one point lead at the summit and second placed Sedgley Park could continue to crank up the pressure when they travel to Leicester Lions. The other side chasing a top two finish, Tynedale, face a tough trip to Stourbridge.

Elsewhere in National Two North, Chester will be targeting a win at home against South Leicester while Huddersfield host Sheffield Tigers.

It was far from straightforward for Sale FC last weekend. As they edge closer towards the National Two North title, they were given an almighty test by Chester at Heywood Road, but Jonathan Keep’s side showed great character to battle back and secure a 19th victory in a row which keeps them at the summit of this division.

FT @SaleFC 30 @RUFCChester 28 And breathe! What a game of rugby. Fair play to the visitors who pushed the blue & whites harder than any team at Heywood Road for a long long time. But, somehow, the dogs dug deep to get over the line for another crucial win #salevchest #onesalefc

The Manchester-based club are one point clear of second placed Sedgley Park, but Sale do have a game in hand so automatic promotion is still very much in their own hands. After a tricky assignment against Chester, they travel to the north-east this weekend and Sale will be expecting another tough contest against a rejuvenated Blaydon outfit. Back to back victories over Luctonians and Sheffield Tigers has lifted Matt Thompson’s men out of the drop zone and seven points clear of danger with three games to go. Once again, the Crows are back a Kingston Park and a third successive victory would see them move a step closer to safety.

Sedgley Park do not look like they are settling for second best. A resounding 43-10 victory over Huddersfield continued to put pressure on league leaders Sale FC and with three matches remaining in the campaign, Matt Bebbington’s side are just one point off top spot. With Sale having a game in hand, the ball is still firmly in their court but the wider picture is still very positive for Sedge who have a nine point cushion over third placed Tynedale.

It does seem like the men from Park Lane are closing in on a play-off spot. Their remaining fixtures come against sides who currently sit in the bottom half of the table, but Sedge will know that they cannot take their foot off the gas, starting with a trip to Leicester Lions this weekend. The Lions will be aiming to bounce back on their own turf after throwing away a 17-point lead against relegation threatened Sheffield at TMDP Park in Round 27, but trying to halt a run of three consecutive defeats will be tough for Andy Key’s side against an in-form Sedge outfit.

Tynedale kept up their pursuit of a top two finish as they clinched their fifth win on the spin after victory over Luctonians last Saturday. It wasn’t a clean cut performance by Scott Lawson’s side, but Tyne are stringing results together at just the right time. They do have a game in hand against Sheffield in May to come, but they know they will need to rely on favours from elsewhere if they are to snatch second place off Sedgley Park between now and the end of the month.

That said, this has still been an excellent season for Tynedale and a victory away at Stourbridge would emphasis that point further as well as enhancing their play-off aspirations. As for Stour, their season is in danger of petering out just like last year. A defeat to Hinckley last weekend means Neil Mitchell’s side have lost four of their last five games which has ended any hopes of them challenging for a top two finish. The aim for the Midlands club is to end this season on a high and a victory over a Tynedale side full of confidence could see them move to within one point of the north-east outfit.

A 26-0 victory for Hinckley over Stourbridge in Round 27 was exactly the boost George Chuter’s side needed after a tough few weeks. Despite the game ending with a quarter of the match to go due to an injury to a Stourbridge player, the Hornets were excellent as they secured their first win since the middle of February. If you look at the season overall, it has still been a very successful campaign for the Midlands side – even though they fell away from the promotion race – so they will be eager to end a positive term on the front foot.

Next on their agenda is a trip to Wharfedale who have been rocked over the last few weeks. Four straight defeats has seen the Yorkshire club slip into the relegation zone and with time running out, Dale are seven points from safety. Granted, they have faced the top three sides in the division during that period, but a defeat to South Leicester last week would have been tough to take. It means that Wharfedale can go down if results go against them this Saturday so points are vital at the Avenue against Hinckley.

Chester head coach Jan van Deventer stated that his team’s performance in defeat against Sale FC in Round 27 shows the progress the Cheshire outfit are making. The men from Hare Lane gave title chasing Sale a fright last weekend as they scored four tries in a game which they could have won. Considering Chester have struggled for the majority of this season on their travels, their display at Heywood Road was extremely encouraging as is their recent form.

Since the turn of the year, they have won seven of their 11 fixtures and they now have a top six finish in their sights. They can move closer to that target when they entertain South Leicester this Saturday who may also be aiming for sixth spot. South were very good against Wharfedale as they secured a solid home win at Welford Road last week and that victory leaves them five points off Chester heading into this fixture. The Midlands side have been in and around the top half all season so their goal may well be to end the campaign eighth or higher and if they become the third side to beat Chester at Hare Lane this term, they will edge closer to that achievement.

Last weekend, Huddersfield’s top six ambitions suffered a blow as they were brushed aside by Sedgley Park which ended a run of three straight wins for Gareth Davies’ side. Overall, Field have had a wonderful season on their return to National Two and to think they are challenging for sixth place after finishing bottom of this division back in 2016 is testament to the work being done at Lockwood Park.

The Yorkshire club will be looking to bounce back from their heavy 43-10 defeat last Saturday when they host Sheffield Tigers in Round 28. The Tigers currently occupy 11th in the table and are 13 points from the drop zone so Jamie Broadley’s side are all but safe for another year at this level. A resurgent second half display against Blaydon last Saturday earnt them a bonus-point, but they will be hoping to end a run of back to back defeats when they take the 30 mile trip to West Yorkshire this weekend.

Macclesfield officially confirmed their National Two North status for another year in Round 27 following a hard fought win over Otley. It has been quite the turnaround from the Blues since the appointment of interim coach Marshall Gadd as the Cheshire side have picked up nine wins from his 13 matches in charge.

While Macclesfield are planning for another term at this level, Luctonians are still battling for their survival. Back to back losses against Blaydon and Tynedale means Ryan Watkins’ side are 15 points adrift of safety as we approach the conclusion of this season. However, Lucs do have two games in hand on their rivals so in affect, they are still in control of which direction the relegation battle goes in, but they have a lot of work to do. A victory on their return to Mortimer Park this weekend can be classed as a necessity otherwise Luctonians could fall through the trapdoor.

A glimmer of hope. That is what Sheffield have given themselves with four games in their season remaining. An astonishing turnaround against Leicester Lions last Saturday means Adam Byron’s side are 13 points from safety, but time is not on their side as they prepare to welcome Otley to Abbeydale Road this weekend.

You would have to say Sheffield have to win at least three of their remaining four fixtures to stay up and with Sedgley Park, Luctonians and Tynedale to come, victory against Yorkshire counterparts Otley has to be key. In terms of Otley, they were narrowly beaten by Macclesfield last weekend after am improved second half display and they know that a fifth away win of the campaign this weekend would confirm their safety in this division for yet another season.