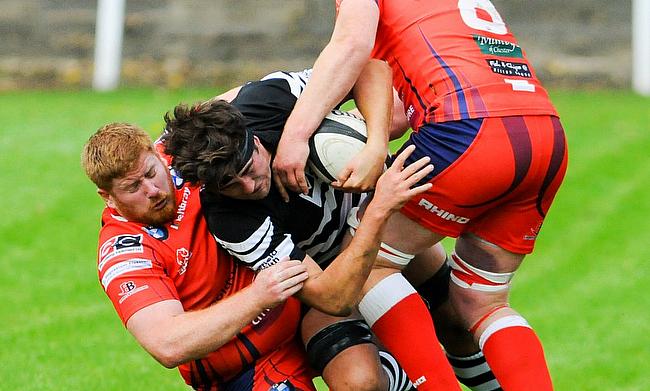 Chester are only four points behind Hull Ionians heading into Round 15 as they look to remain on the coattails of the league leaders and stay in the promotion places in National Two North.

Jan van Deventer’s side are back in action after an excellent win over Sedgley Park last weekend and they can continue their impressive season when they take on Otley this Saturday.

Otley currently sit sixth in the table and the Yorkshire outfit have lost just one of their last seven matches so Chester will be tested at Cross Green.

After losing to Preston Grasshoppers and escaping with a win against Macclesfield, title rivals Hull Ionians will be aiming for more complete performance when they visit Leicester Lions this weekend.

Down at the bottom of National Two North,  the aforementioned Macclesfield host Stourbridge and South Leicester take on an in-form Preston Grasshoppers.

Hull Ionians’ victory against Macclesfield in Round 14 could prove to be one of the key moments in the season. The National Two North league leaders were staring at a second defeat on the trot, but two extremely late tries rescued the win for the Yorkshire outfit, who still remain at the summit of the division despite a rocky start to the festive period.

The men from Brantingham Park are four points clear, but Leicester Lions may fancy their chances of toppling the front-runners after Hull’s recent displays. The Lions come into Round 15 following a derby day defeat against Hinckley and Andy Key’s side are now two points ahead of the bottom three as we hit the halfway point in the season. The Midlands club have a huge fixture against local rivals South Leicester to conclude 2018, so a positive result at TMDP Park this weekend would be a major boost for a Lions side that have won just one of their last six matches.

Two in-form sides meet in Yorkshire this weekend as Otley welcome Chester to Cross Green. The visitors come into this clash sitting in second place and last week, they were able to close the gap at the summit after their excellent win over Sedgley Park.

The men from Hare Lane are now four points behind leaders Hull Ionians, but their promotion credentials will be put to the test when they face Otley in Round 15. Like Chester, Charlie Maunder and Tom Casson’s side have won six of their last seven games and Otley fully deserve to be occupying sixth place as things stand. They are 11 points off Chester, but a home victory could blow the race for a top two spot wide open.

Home is certainly where the heart is for Hinckley. George Chuter’s side came from behind to secure their eighth consecutive victory at Leicester Road in Round 14 and yet another triumph on their own patch has kept them firmly in the National Two North promotion race. The Hornets are six points behind Chester as thing stand, but if they are to put pressure on the top two, Hinckley must improve their results on the road.

The Midlands club have lost their last four away games so they will be keen to put a stop to that unwanted record when they travel to Sheffield Tigers this weekend. The hosts will be demanding a reaction in Round 15 after they saw a 20-point lead vanish against bottom of the table Peterborough Lions last week. Jamie Broadley’s side fell to an unlikely defeat so the men from Dore Moor will be eager to respond immediately as they aim for their first win in December.

Huddersfield’s promotion charge has fizzled out over the last few weeks. After a run of seven straight wins, Gareth Lewis’ side have found it tough to continue their momentum and just one victory from their last five games has seen them drop back from the top two places in the division.

Field are eight points off Chester following their draw with Fylde in Round 14 so they will be keen to enter the second half of the campaign in a positive fashion when they face Wharfedale this Saturday. The Greens take the journey to Lockwood Park having clinched a welcome win against Tynedale last time out and Dale will now be hoping their campaign is back on track after three successive losses. Sitting ninth in the table, it has been a solid season thus far for Rob Baldwin and Jon Feeley’s side and they will be eager for two more positives results before the Christmas break.

Last Saturday, the boot of Huddersfield’s Chris Johnson denied Fylde a fifth consecutive victory in National Two North, but Warren Spragg’s side are still carrying momentum into Round 15. The Lancashire outfit travel to Sedgley Park this weekend on a five-match unbeaten streak and their upturn in form leaves them 10 points behind second placed Chester as we reach the halfway point in the season. There is still a lot of work to be done if Fylde harbour ambitions of making an immediate return to National One and hoping to stop them in their tracks will be Sedgley Park.

Matt Bebbington’s side found themselves 12-0 up against Chester in Round 14, but the second-placed side went through the gears after half-time as Sedge fell to a fourth defeat from their last five matches. The men from Park Lane have found it tough to recapture the form that saw them reach the National Two play-off last season, but they are more than capable of turning their fortunes around and they will hope that begins to occur on Saturday.

It might have felt like Christmas had come early for Preston Grasshoppers in Round 14. Paul Arnold’s side produced a clinical performance to secure their first away win of the campaign as they defeated Stourbridge and with that, the Hoppers also clinched back to back victories to lift them into the top half of National Two North.

The Lancashire outfit, who gained promotion into this division back in April, are thoroughly enjoying their return to this level and they will be hoping their excellent recent form can continue when they entertain South Leicester this weekend. Preston have won their last four matches at Lightfoot Green so the task facing South is a difficult one. The Midlands club remain in the bottom three after suffering a narrow loss to Otley last time out and they will be desperate to end a run of one win in nine matches as South aim to dig themselves out of the drop zone.

Stourbridge will be keen to regroup and end a tough first half of the season on a high. Neil Mitchell’s men have found it difficult to generate any positive consistency since the beginning of the campaign and a fifth defeat from their last six games against Preston Grasshoppers means the Midlands club currently occupy 12th place.

The men from Stourton Park will be looking to end 2018 in a positive fashion, but they travel to a rejuvenated Macclesfield side in Round 15. The Blues began December by beating promotion candidates Hinckley and they so nearly upset the applecart against league leaders Hull Ionians last weekend. Marshall Gadd’s side were minutes away from sealing a superb win at Brantingham Park, but the table toppers snatched the victory. The result would have been tough to take for Macc, but the overriding feeling should be positivity and back at Priory Park, the side which currently sits 10 points from safety will be confident of reducing that gap against Stourbridge this weekend.