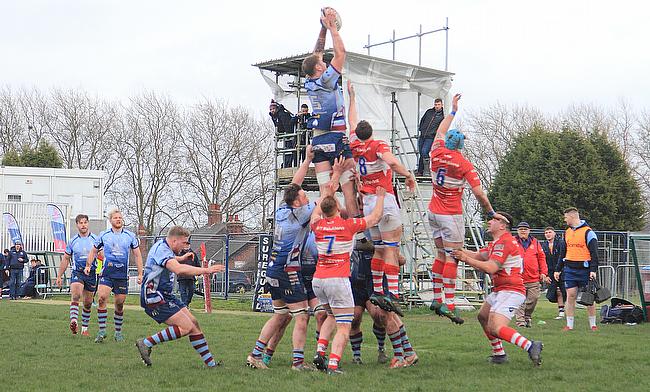 “It is just another blow because all of us are really struggling at the moment.” (Photo Credit: Gareth Siddons)

“It is just another blow because all of us are really struggling at the moment.”

John Whaling is probably speaking for hundreds of community rugby clubs up and down the country who last week received some significant setbacks.

Whaling is the Commercial Director of National Two North side Rotherham Titans. Before the coronavirus crisis struck, the Yorkshire club were scrapping for their lives in the third tier of English rugby, but over the last six months, the Clifton Lane outfit – like so many others – have been fighting an entirely different and unforeseen battle.

Last Tuesday, the Government announced spectators may not be allowed to return to live sporting events until March due to the Covid-19 pandemic, which has raised serious concerns regarding the survival of clubs at all levels.

Following this, RFU CEO Bill Sweeney released an alarming statement on the issue, in which he also admitted the sport now needs a Government bail-out to save English rugby: ‘With no fans this Autumn the RFU will see a £122m reduction in revenue resulting in a loss of £46m.

‘No fans for the Six Nations will see a £138m reduction in revenue with a loss of £60m thereby preventing investment in areas such as the women’s elite game and community rugby. Community rugby will lose an estimated £86m in revenue this season.’

With the community game losing a core source of their income, the news got progressively worse for grass roots clubs when it was announced that fixtures, below Championship level, will not be able take place until January 2021 at the earliest.

Sport England have committed up to £210millon of emergency funding to help the sport and physical activity sector through the ongoing pandemic, but in rugby, the reality is there are many teams which are now facing an uncertain future. How can they keep functioning if there is no rugby being played?

“Where does the money come from?” adds Whaling. “If there are no crowds, how do we afford to put a team on the pitch? It isn’t just the entrance money that you lose out on, it is the secondary spend like in the bar and we also missed out summer income from weddings and birthday parties which has had an impact.

“I don’t see why they can’t let crowds in, to be honest. If you can go into a pub and socially distance, then the crowds we get at this level and the size of the stadia at this level surely means you can get 300/400 people in.

“We are in an OK position, but we don’t know what can happen next. Last week with the rain we had, we had water coming through the shower roof and that now needs repairing and that is going to be a four-figure sum. It is when things like that happen, that is when you start worrying because this just adds to the problems with all that is going on. All of sudden you have to find some more money to solve the next problem and it does leave everyone in a very difficult situation.”

For many clubs right now, it is hard to alter the predicament they are faced with but the sense of community at grass roots level has helped some sides find some positives throughout the pandemic.

In terms of Rotherham, their first crowdfunder raised over £23,000 and the club have recently teamed up with insurance company, Aviva, to launch a second crowdfunding initiative.

Four years ago, Whaling was working in rugby league, but switched codes after meeting the Rotherham owners and he immediately witnessed the values which are woven into the fabric of the community game in rugby union.

6 days to go and £1,100 needed to reach our target, a big thank you to #AvivaCommunityFundUK for their kind donations and making this Crowdfunder possible. If you would like to help go to https://t.co/7XRWO48KCK and look at the great rewards on offer.

“I think we have punched above our weight because we have been proactive in how we do things to help the club get through this,” Whaling adds. “We ran a crowdfunder which went really well and while we were running that, we were in talks with Aviva and they sponsored us to do another crowdfunder which has been worthwhile doing. That is running at the moment and we have raised up to £4,000 on that one so the two of them together has brought in a substantial amount of money.

“When I came to Rotherham, I was just blown away by the atmosphere on matchdays and the passion the local people have got for the team is unbelievable. I went down to meet one of the owners before I committed to joining and that is the main reason why I joined and the reason why I am still here four years on.”

Over the last few weeks, the clubhouse at Clifton Lane has been open for business with the Titans putting on meals for the community as well as showing live rugby from the Gallagher Premiership and the Heineken Champions Cup.

With limited engagement for fans due to the lack of National League action, events such as a recent Q&A with the club’s directors are helping to keep interest levels up as well as also providing a steady source of revenue.

“We started probably six or seven weeks ago doing a Friday night where we announce a couple of new players to keep everyone engaged with the club,” says Whaling. “People started saying why are we announcing players in twos?!

“I am open and honest with people because the reason we do it twos is because we need to make it last. There is no rush to be fair if we are not going to be playing until January!

“Last Friday, for whatever reason, I just couldn’t get two players to come along so we decided to do a directors Q&A and it went really well. At the end of it, a couple of fans from the floor actually said they wanted to make it a regular thing because they get to hear it from the horse’s mouth about where the issues are and what the problems are.”

But what about the players? There is a growing fear that the absence of competitive matches will see them lose interest in rugby and this is just another challenge which grass roots clubs are faced with.

Whaling admits thoughts about the future are clearly still on everyone’s mind, especially if the pandemic signficantly intervenes again, but for the time being, spirits still remain positive amongst the Rotherham players and coaches.

“We are proactive in that respect as well,” he says. “Yes, players want to keep training but we also run a very successful foundation and the foundation directly employs some of the players

“I work in the foundation as well as helping out on the commercial side of the club and we see the players pretty much every day because they are either in a school or a local college. The morale and camaraderie is exemplary to be honest so I can’t praise the players enough because they are hurting as well.

“They would be earning a salary now and without games, they are not getting the matchday money. With the events and announcements of players on a Friday, it is quite exciting for me, even though I know what is going on, but it is great to see the reaction from fans and players because it just keeps spirts high.”