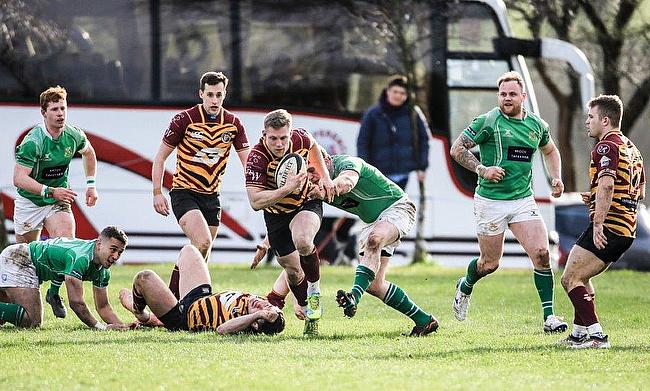 At the start of the month, Scunthorpe announced the tragic news that the 23-year-old had sadly taken his own life and the club set up a JustGiving page to raise money for the local mental health charity, One For The Lads.

The Lincolnshire side have received overwhelming support from the rugby community with teams up and down the country donating to help raise awareness for mental health issues.

National Two North clubs such as Loughborough Students, Tynedale, Caldy and Hinckley have all contributed with sides lower down the rugby pyramid also offering their support.

National One outfit Sale FC will have donation buckets at their game against Richmond this weekend whilst the efforts of Sheffield Tigers have stood out as the club have raised £3,000 so far with last Saturday’s match fees also adding to the total.

Such tragic news & another sad example of how much there is still to do for male mental health, especially in sport.
I urge all @SheffTigersRUFC to support the cause below. As a club we’re committed to doing everything we can to change the conversation about mental health https://t.co/jtda0fByVY

“We all know the stats surrounding mental health, especially around young men, but you never see it happening on your doorstep,” Broadley told ncarugby.com.

“The fact it was someone we had played against a few weeks prior and one of the National League boys, it really brings that home. We spoke to the Scunthorpe boys and found out a bit about the charity and what they were hoping to do so it was very important for us to do the little bit that we could and raise a bit of money.

“The second agenda for me is making sure we are looking after our own too. The last thing we want to see is anything like this happening again and just from having the conversations which we have had and putting stuff on social media, we have had players, some from within Tigers and some from outside of Tigers, start talking a bit more about their challenges so we can start to get them some more support if they need it.”

Broadley is in a unique position as he also works for the NHS as a staff wellbeing lead at Derbyshire Community Health Services and using his experience, he was able to organise a mental health awareness evening at Sheffield Tigers earlier this week, which some of the Scunthorpe players also attended.

“I am not fully clinically qualified enough in anything!” said the Tigers head coach. “I’m just in a position where it was relatively straightforward to do something so Wednesday night was fairly easy to pull together.

Thank you to all the @ScunthorpeRUFC players who made the journey to support us in our health and well-being evening.
Big thank you to @Broaders13 for organising and all attendees
Another £500 on the evening for #4jimmy #Nat2N #sheffieldissuper #yorkshirerugby #national2north pic.twitter.com/b8U9kyeY8C

“It is something which has brought the two clubs together. We play them again before Christmas so off the back of this, we are going to do a joint Christmas social and spend a bit more time together as clubs which is nice.

“ It was a successful evening. We had 50 up at the club and on the night, we raised £500. We had a good few conversations about mental health as well so it feels a success and it is something that we have spoken about repeating to hopefully raise some more money and more awareness.”

Whilst balancing a job in the NHS as well as other commitments, Broadley is also juggling his head coach duties at Tigers alongside his playing ambitions for the club.

In 2016/17, Broadley and Robin Hislop (now of Doncaster Knights) took over the reins at Dore Moor and guided the Tigers to safety following five wins from their last six games.

Since then, the duo have continued to share the head coach role over the past two seasons and despite Broadley maintaining his high level of performance on the field, the centre admits his dual-role is challenging.

He added: “There are no two ways about it, it is tough. It is hard enough just trying to combine your day-to-day commitments!

“National Two North is getting tougher and tougher. We’re a player run club so we have never done that well with the Head Coach/Director of Rugby model. We have always been better with player coaches. We have got a lot of senior players and a lot of lads who have been together for years and years. We’re all mates and it is clichéd stuff, but that makes it a lot easier for me because I know I can be a bit more relaxed and we have got enough respect amongst us.

“The real credit goes to ‘Bomber’ [Robin Hislop]. He is obviously at Donny and playing full time there, but the work he has done with the backs, especially this year, has been massive for us and I think that is the real difference which is leading to us getting on the right side of more results.”

As Broadley highlights, Sheffield Tigers have been ‘on the right side’ of the results more often than not this term and after fending off the threat of relegation over the past couple of years, the Yorkshire outfit head into this weekend’s clash with Stourbridge (5th) sitting in fourth position.

Super pleased for @Broaders13 @TheFitnessTruck @monks_lee and team. What a start to the season and in some very high quality company! Well done lads. Hard work paying off. @SheffTigersRUFC pic.twitter.com/pA8gc6CY1D

The Tigers have picked up five wins from their last six games, including an impressive showing at Otley last time out and Broadley revealed why the Tigers are performing better this season, but insisted they are not focusing on their league position too much.

“It is the first time in a while where we have had some consistency in the coaching set-up and that has helped,” Broadley said.

“We also retained the vast majority of the squad and have been able to add in a few notable editions likes Nick Bingham and James Newman. They are two lads who have National One experience and that is the one thing the boys have lacked. We have got a very good, young side but having that bit of nous when the going gets tough, we now know what to do.

“The way we are trying to play now has helped too. We are a little bit less like ‘cliché Tigers’ where we play Barbarians rugby. We are bit more structured now.

“That has taken a bit of getting used to. At the start of the season, you saw a bit of inconsistency, but now we are starting to get into a routine with that.

“We also don’t really look at where we are in the league. It is such a competitive league. You can waste time looking at where we’re sat at any given moment and you can’t do that.

“It sounds a bit cheesy, but it is about turning up every week, making sure we have got smiles on faces and we making sure we make a good account of ourselves.

“The lads always joke that we want to be the best pub team in the country! I don’t think we have ever lost a ‘boat race’ after a game! As a coach, if the lads are smiling, I know we will be playing well and we will pick up some results.”