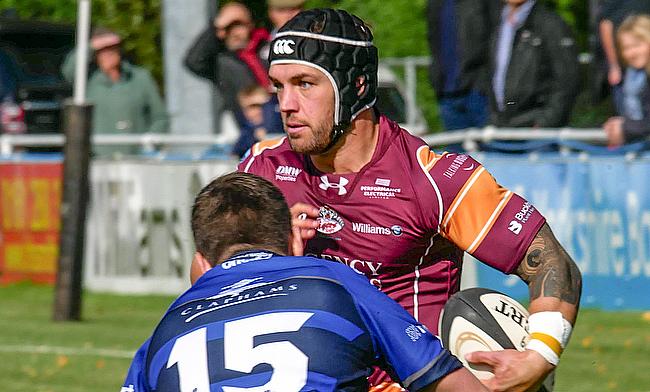 Jamie Harrison has urged Sedgley Park to recapture their form of 2017/18 when they return to action next weekend.

The National Two North side are currently seventh in the league standings and 15 points off the promotion places, but the winger believes Sedge will improve in the second half of the season.

Sedgley Park did reach the play-off last term, but injuries have hampered their top two ambitions thus far and Harrison insists his side need to click if they are to begin moving in the right direction.

“It has been a very mixed start. We had a meeting a couple of weeks ago and we talked about the injuries, but we can’t use that as an excuse,” he said.

“I feel like the losses that we have had, they have only been by minor margins and it is just down to indiscipline and us being lazy. It is up to us to get back to winning ways.

“We have been giving teams an easy way out. Obviously, that is down to us and we just need to get back to our set routines and focus on our jobs. It is about getting on with your own job which will only help the team as a whole.”

Matt Bebbington’s side picked up just their second win since November on Saturday as they defeated Wharfedale 20-15, but their first 16 games have been way below the standards Sedge set in the last campaign.

The Tigers won 24 times on their way to reaching the National Two play-off where they were eventually beaten by Chinnor at Kingsey Road, but the long season had an effect on Sedge as they lost key players to injury.

“National Two is so competitive and I think last season with us getting to the play-off, we didn’t have time to fully recover. This is once again a tough season and I think it just takes its toll. We have the injuries and it snowballs. Just that bit of discrepancy can alter the flow from last year to this year.”

Harrison was one of Sedge’s standout performers last season and this year, the winger has already helped himself to nine tries.

Despite their lack of recent wins, Sedgley Park remain potent in attack and their brand of rugby is something which Harrison thrives upon.

Harrison said: “I still think there is plenty more from me to come. There are a lot of things that I have learnt.  Last season, we did very well with our system because we did get the ball to our gas men.

“It makes rugby enjoyable! You get the ball in space and you can run teams ragged. There is nothing better than that! 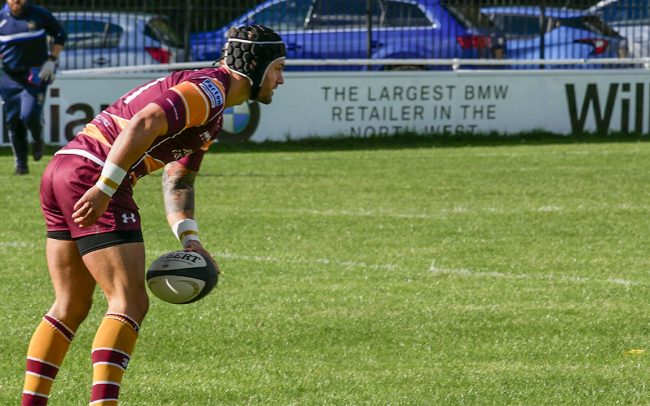 “That is great for a player like me and people like Andy Riley and Leon Simpson because it suits our game play.

“We have had our 10, Piggy [Steve Collins], injured. He ties all of our plays together and now with him back, everything will start to come together. We were the leading try scorers in the league last year and we are showing that again this year.

“Once we are all back constantly playing together and training together, it will just become like muscle memory and we will be flying again.”

Sedge will be hoping to continue their free-flowing rugby, whilst also tightening their defence, when the league season resumes next Saturday.

Their first fixture of 2019 is away to an in-form Otley side before matches against Preston Grasshoppers, Macclesfield and Leicester Lions.

Last season, Sedge collected four wins from four in January and Harrison is keen for history to repeat itself next month as the Tigers look to keep their promotion ambitions alive.

“Last year, we had a really good run,” he added.

“We won all four of our games in January and I think the buy in for next month and the second half of the season is going to be exactly the same.

“They are all big games because every game in this league is so important. It is key to start well for our goals.

“We do want to get promoted. Yes, we have had a mixed start, but anything can happen in this league. We just have to focus on winning and then worry about other teams doing us favours.

“We are just letting those fine margins creep into games where teams are converting chances against us and it is up to us to put that right.”